Why You Should Care About #BlackLivesMatter

We have always lived in a fragmented manner with each other. We think that if we propel physical boundaries and create strong national, cultural and religious identities, we are somehow unaffected by things happening in communities that aren’t ours. We feel for injustices happening elsewhere, but if they aren’t directly affecting us, we tend to not raise our voices against them. Earthquakes and disasters happen in one part of the world, and the other part breathes a sigh of relief that it wasn’t them. This doesn’t mean they aren’t empathetic; a lot of people pool in resources and time in order to help countries recover from their tragedies. But we don’t invest ourselves in their tragedies. If we did, climate change would have been causing amendments in policies much earlier. If we did, maybe the struggle of Palestine wouldn’t have echoed in Sudan. Or in Kashmir. If we did, maybe our healthcare systems could have been prepared for the global pandemic we are currently battling.

And if anything, doesn’t COVID-19 prove that our lives are not as separate from each other as we would like to believe? We are so connected that a virus which started from one single city, has gone to infect millions all over the world. Some of us have felt this shift. It’s made us more generous, giving and united than before. In the last few months, different industries from fashion to electronics, have diverted their profits and labour towards helping the health sector. Countries have been putting aside differences, such as with China sending supplies to the EU, and UAE sending aid to numerous countries, including Pakistan. We have also selflessly been donating to several organisations, and social distancing itself is an altruistic act that saves lives. However, it seems that despite us retreating into quarantine and having 3 months to reflect on the consequences that our actions have on a global scale, we still haven’t fully learnt our lessons. And that brings us to another tragedy that 2020 has hit us with – the murder of George Floyd, which has sparked powerful protests within America and around the globe.

Throughout social media, there are people raising their voices against the terrible injustices that African-Americans have faced for what is now, centuries. But on the flip side, there are some who claim that it’s hypocritical to do so when we haven’t yet solved the human right issues in our own backyard. As people so removed from the events taking place in America right now, you might that think they don’t concern you. But that’s where you’re wrong. They should concern you because oppression anywhere is still oppression. Human lives matter regardless of location and if you have the privilege to speak out against something wrong, you should be using it. As Asian minorities, we face racism but we can’t imagine to face it on the same scale as African-Americans. Blacks were forced to enter American society as slaves, but we as Asian minorities have enjoyed some of the privileges that come with being part of the extremely damaging model minority myth. By giving us partial access to their societal benefits, many Americans live under the illusion that they can’t possibly be a racist society. If Asian Americans are “among the most prosperous, well-educated, and successful ethnic groups,” in America, then how can it be a racist society? Yet, it is. The model minority myth is rooted in anti-blackness. It calls for a comparison between Asian Americans and Blacks. As South Asians, we don’t get to compare our struggles to theirs. We have not gone through centuries of slavery, decades of segregation legalised by Jim Crow Laws and now years of prejudice and police brutality in the manner that the Blacks have. This is not a fight we have a claim on, it’s theirs. And we shouldn’t have to feel connected to their suffering in order to denounce what is happening to them.

But if the only way for you to feel something about this is in knowing how it directly impacts you, then know that in so many ways, it does. History has shown that political and social movements have a chain reaction; consider our own struggle with the British Empire. Decades of unstable rule and three wars later, Afghanistan was amongst the first to achieve independence from Britain in 1919, followed by Egypt and Ireland in 1922. Consequently, resistance movements started surfacing throughout the British Empire, with British India finally gaining independence in 1947, resulting in the creation of Pakistan. By the end, 63 countries around the world had claimed their independence from the British. So it is true that a movement in one place, can inspire a similar movement in another. The reason for this is simple; an existing model provides room for physical and ideological assistance. If we hope to fight the oppression against minorities in our country, we should be invested in the fight against oppression of minorities in other countries. We cannot possibly do this alone, and it’s clear that the world is connected in a myriad number of ways. Remember, change does not occur in a vacuum.

Know that you can have empathy for one situation, while still feeling empathy for another. Giving attention to the BLM cause doesn’t take away from the oppression happening around us, and we should stop thinking it does; we are not limited in our empathy. If you think one can’t feel for these two things simultaneously, then that reflects on your capacity to empathise. After all, how can we claim that the world doesn’t care about our struggles if we are this insensitive and callous towards theirs? When we protest against the cruelty happening in Kashmir, would we digest other nations claiming they have their own oppressions to deal with? No. Let’s not forget about the unity that COVID-19 reminded us is important. We need each other to get through our struggles, and that means lending our voice to any community whose voice is being muted and subjugated. We need to be better this time around.

How Can You Help?

If you’ve made it this far and are looking for ways that you can help the #BlackLivesMatter movement beyond posting on social media, here are a few things you can do.

Places You Can Donate To:

And if you want to help, but can’t donate money, that’s okay too. There are the other ways you can help:

little things you can do || Reposted from @nermtheartist 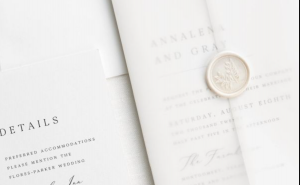 The Only Save The Date Templates You Need 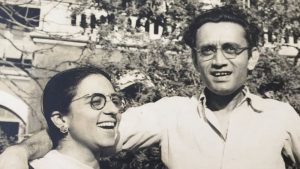 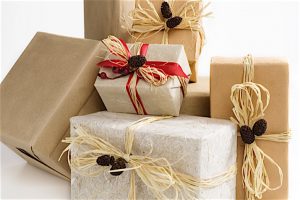 21 Unique Gift Ideas For A Bride or Groom