As I read Lady Gaga’s full speech tonight, there was this strange feeling that crept into my heart and body. A feeling that one feels when they are caught lying. It felt like she was calling me out on all that I feel/have felt and might not have openly said out loud. Her words resonate and touch your heart because somewhere we all have been in that same position. I surely have. Thank you Lady Gaga for saying it out loud.

An extended excerpt from Gaga’s acceptance speech from the ELLE Women in Hollywood awards:

“I tried on dress after dress today getting ready for this event, one tight corset after another, one heel after another, a diamond, a feather, thousands of beaded fabrics and the most beautiful silks in the world. To be honest, I felt sick to my stomach. And I asked myself: What does it really mean to be a woman in Hollywood? We are not just objects to entertain the world. We are not simply images to bring smiles or grimaces to people’s faces. We are not members of a giant beauty pageant meant to be pit against one another for the pleasure of the public. We women in Hollywood, we are voices. We have deep thoughts and ideas and beliefs and values about the world and we have the power to speak and be heard and fight back when we are silenced.

So, after trying 10 or so dresses, with a sad feeling in my heart, that all that would matter was what I wore to this red carpet, I saw an oversized Marc Jacobs suit buried quietly in the corner. I put it on to a resounding view of eyes glaring at me in confusion. But the Rodarte was so beautiful! one said. But the Raf Simons for Calvin Klein was so stunning on you! said another. But what about the Brandon Maxwell? What about the Dior? Lots of questions. They were all dresses. This was an oversized men’s suit made for a woman. Not a gown. And then I began to cry. In this suit, I felt like me today. In this suit, I felt the truth of who I am well up in my gut. And then wondering what I wanted to say tonight become very clear to me.

As a sexual assault survivor by someone in the entertainment industry, as a woman who is still not brave enough to say his name, as a woman who lives with chronic pain, as a woman who was conditioned at a very young age to listen to what men told me to do, I decided today I wanted to take the power back. Today I wear the pants.

After I was assaulted when I was 19 I changed forever. Part of me shut down for many years. I didn’t tell anyone. I avoided it myself. And felt shame even still today standing in front of you. I feel shame for what happened to me. I still have days where I feel like it was my fault. After I shared what happened to me with very powerful men in this industry, nobody helped me. No one offered my guidance or a helping hand to lead me to a place where I felt justice, they didn’t even point me in the direction of the mental health assistance I was in dire need of. Those men hid because they were afraid of losing their power. And because they hid, I began to hide.

I hid for a long time until I started to feel physical pain. Then I had to go to the doctor because I didn’t know what was wrong with me. And then I was diagnosed with PTSD and Fibromyalgia, which many people don’t think is real, and I don’t even know what the fuck to say about that. But I’ll tell you what it is. It’s a syndrome that is essentially a cyclone of stress-induced pain. And I really wish my friend Lena Dunham was here tonight because I think she could probably articulate this much better than me. And I hope we can all agree that she’s a remarkable woman.

Depression, anxiety, eating disorders, trauma—these are just a few examples of the forces that can lead to this tornado of pain. So what I would like to say in this room of powerful women and men today is let’s work together to beckon the world towards kindness. I’m fortunate enough now to have the resources to help me. But for many, the resources either don’t exist or people don’t have the ability to pay for or access them. I want to see mental health become a global priority. We’re not able to control all of the challenges and tragedies that life throws our way. But we can work together. This room can work together to heal each other. And we can also try to find the strength in the best way that we can to ask for help if we need it.

It is my personal dream that there would be a mental health expert teacher or therapist in every school in this nation and hopefully one day around the world. Let’s lift our voices. I know we are, but let’s get louder. And not just as women. But as humans. And see that there are great men in the world. And ask them to hold our hands. For justice. That our voices be heard. Whatever our story may be. For an equal standing. We will fight for justice for women and men and those with other sexual identities. For me, this is what it means to be a woman in Hollywood. It means, I have a platform. I have a chance to make a change. I pray we listen and believe and pay closer attention to those around us to those in need … Be a helping hand. Be a force for change.”

"I asked myself: What does it really mean to be a woman in Hollywood? We are not just objects to entertain the world. We are not simply images to bring smiles or grimaces to people’s faces. We are not members of a giant beauty pageant meant to be pit against one another for the pleasure of the public. We women in Hollywood, we are voices. We have deep thoughts and ideas and beliefs and values about the world and we have the power to speak and be heard and fight back when we are silenced." Link in bio for #ELLEWIH honoree @LadyGaga's speech, which brought the entire room to tears, while also inspiring everyone who heard it to own their power and be kind to one another. ❤ #ladygaga 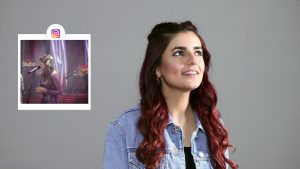 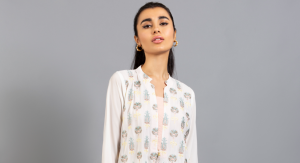 Get Summer Ready With This Newest Pocket-Friendly Collection 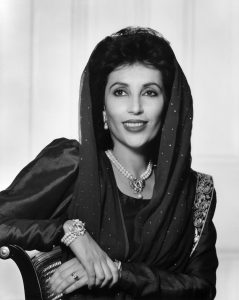 7 Benazir Bhutto Quotes That Will Inspire You