Comfort zones are tricky. They are easy to be in because they are familiar, but they are also sometimes the reason we are unhappy. When it comes to relationships, Rania Nasir thinks that stepping out of our comfort zones is the best thing that can happen to them. Even if it means having to end a relationship. Scroll down to read the different ways your comfort zone might be holding you back from living your best life:

How many times have you heard something along the lines of ‘success comes when you step out of your comfort zone.’ This is often used in relation to new ventures, projects and taking new directions in life. But really, it applies to everything. Even your relationships. Take toxic friendships as an example. Most of us find it easy to stay in them because we are comfortable in them. Getting out of them requires us to question and doubt the person, as well as have uncomfortable conversations. Instead of doing that, we choose to let it slide. But coming out of your comfort zone may completely transform your relationships with your family and close friends, and create stronger bonds.

Many times we don’t have the courage to tell our loved ones how we feel because we’re worried about their reaction or criticism. But breaking the silence about changing career paths, or opening up about deeply personal and emotional experiences, can turn a dream into a possibility. By taking the bold decision to come out of our comfort zone, we can become the true version of ourselves. The people who truly love you will always support you, and if they don’t, then they are not meant to be part of your journey.

The problem is, letting ourselves get comfortable often means we settle for certain friendships. The difficult conversations are what allow us to improve each other and our relationships. Not highlighting a harsh reality for someone because we are terrified that it may destroy our relationship with them is not a favour to anyone. And if you have made countless unsuccessful efforts to better your relationship with someone, then it’s time to start distancing yourself from them. This requires a lot of courage, but the sooner you do it, the sooner you will realise just how much the other person might have been tying you down. Whether it’s abusive parents, incompatible siblings or friends, a toxic spouse or even an overpowering boss at work – know when you need to step out of your comfort zone and take control of the situation instead of letting it control you.

A lot of people don’t step out of unhappy marriages because it would require them to be completely shut off from what’s comfortable to them. This could be their family, their finances, or maybe even a general sense of security. Maybe they’ve developed a comfort zone around trauma and they’re not ready to abandon it simply because they are so used to it. There are countless women who are unable to leave abusive husbands because they’re not ready to face the difficulties that come with a divorce, without realising the freedom that exists outside a toxic marriage. Some of them feel that they’ll become a burden on their parents or that society won’t be able to accept them as a divorcee, but all those things are temporary. Your parents will be grateful if you’re happy and society will get over it. None of that is more agonising than living an unhappy life. By getting out of your comfort zone and taking that leap of faith, at least you’ll have a chance at happiness.

Be daring. Take chances. If you love somebody but can’t express it because you feel it will somehow make you seem weak – let that thought go. Let go of the rigorous boundaries you’ve set for yourself that don’t allow you to interact with others, or share your problems with people that genuinely care. Some people have the opposite problem, of not setting enough boundaries and thus, allowing their relationships to exploit them. Stepping out of your comfort zone is how you can examine your life and change these habits. We all have our comfort zones and it takes a lot of strength to realise what’s stopping us from achieving strong and healthy relationships, but once we do, we can develop the kind of bonds that last a lifetime. Just have courage and take the first step. 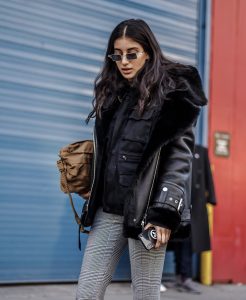 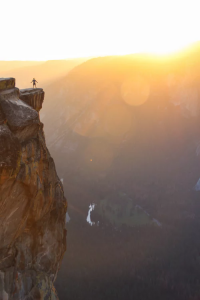 Ask The Therapist: “How Can I Become Successful Fast?” 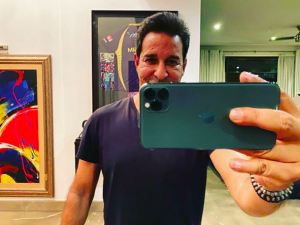