Miscarriage rates are cited as one in every five pregnancies. Which means we will all know someone who has experienced miscarriage in our lives. Though despite how common miscarriages are there is still a lot of confusions on what to say to someone who has gone through a miscarriage. Is there a direct protocol to follow? Especially living in a close-knit society like Pakistan, where everyone has an opinion about everything – from your in-laws to random elders.

The opinions and comments may not always come with a bad intent, often people want to help you through this hard time and say whatever they can to help. However, despite how clean your intentions, sometimes words don’t translate that, and you end up saying the wrong thing that makes the woman feel worse.

We know exactly what to say to someone at a funeral service; the life of the deceased is talked about and celebrated. Condolences and support are offered to the deceased’s family, yet when someone has a miscarriage which is death before life, they are not given the same sympathy and understanding. There is a general confusion that persists wondering what to say, and if there even is anything to say.

If you know someone who is going through a miscarriage and want to be there for them, but find yourself lost at words – we are here to help. We have compiled a list of things to avoid saying to her, and be the most supportive friend or family member you can.

Women going through miscarriages, feel the same symptoms of pregnancy, even if their womb is empty. Her brain knows that there isn’t a baby in there, while the body takes longer to process. There is an inexplicable void that the women feels, so by saying it wasn’t a real baby you are minimizing the grievers experience, indicating that there is a silver lining to the emotional and physical trauma she’s going through. For so many women, bonding with their baby happens the moment they find out they’re pregnant, and start fantasizing about holding the baby in their hand. You may not see the baby as real, but for the mother it was as real as any other child.

Advice: Instead of saying this, acknowledge the loss that she’s going through without demeaning her experience. Allow her the same space and empathy you would to any other bereaved family.

Hearing this phrase during grief or loss, can often be received less pleasantly as intended. To the woman that’s going through this is likely to feel that perhaps she may have done something wrong, or that you believe right now she wasn’t fit to be a parent. Though you may have wanted to be re-assuring, what you have done instead is made her question her place as a parent. Putting her through an unhealthy rabbit hole filled with concerns  of why it wasn’t meant to be and what she could have done better.

Advice: Instead of saying this, you can help by being there for her. Saying you’ll be there for her if she needs anything is far better and more helpful, making it clear that she is not alone in this and you are always going to be there for her.

Women who have experienced miscarriage have a sense of failure attached to them, where they feel that it is their fault that this happened. It’s normal for her to feel like her body failed her, and the one thing that comes naturally to her as a woman, she failed at. She will overplay all she has done and feel like it is her fault.

Advice: Be clear to her that what happened isn’t her fault. Miscarriages are caused by chromosomal and other abnormalities in the embryo. It is not caused because you exercised more, or wore stilettos or God did it to punish you for not praying, there are no medical evidence for these assertions, and explaining that to her, will ease that burden away.

“It happens to so many women..”

It’s true that miscarriage happen so commonly, but by saying it to someone at the cuspus of this trauma you are minimizing their grief, that just because it happens to so many women, means its okay it happened to you too. You wouldn’t tell someone with a broken arm to not cry if it hurts, because so many people have had their arm broken, so why is it okay to say it to a woman who’s had a miscarriage?

“You can try again soon…”

It is important not to encourage her to try soon, as her body needs time to recover. While some women might want to try right after, and hurry the process along, some women spent years of stress and tears and fertility doctor’s appointments to get to the pregnancy they have lost. Trying again can be a trigger.

Advice: Our advice is to only bring this up if its brought up by her. Then you can schedule an appointment with a doctor to ensure she has the right vitamins and is in adequate condition to start trying again.

We get that you want to help in this situation by suggesting what you know. But chances are she has already been to so many doctors, and adding one more to that list will not do anything to help. You will only be overwhelming her with information that she doesn’t need right now.

Advice: Keep the advice to yourself, until she asks you for your help. Until then just be there for her, without overwhelming her too much. 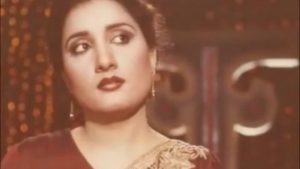 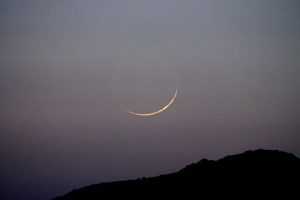 The Experiences Of Muslims Practicing Ramadan In Non-Muslim Countries 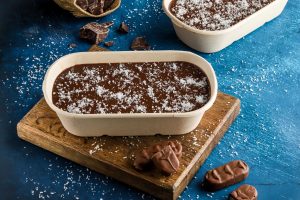 7 Baked Goods You Need At Your Party Table