VIDEO: It’s 2019 And It’s About Time We Normalise Remarriage

The society we live in often plays a deciding role in matters regarding our relationships and behaviour with others. The clothes we wear, the places we go and the things we say are all influenced by what society thinks is best for us. This also tends to affect our major life decisions such as that of re-marriage – especially for women.

The taboo surrounding women remarrying, either after a divorce or losing their husband, often stops them from considering it as an option. Along with the wider society, even close relatives look down upon the idea of a woman remarrying. Men, on the other hand, are not only encouraged but expected to marry again. It’s a double standard that’s been passed down since generations. If a woman does remarry, she is often told to downplay the celebration and keep it small. But whether she does a grand celebration or an intimate gathering, it should be her choice – either is okay as long as she’s happy.

One of our follower’s sent in her story and said “I had gotten married at the age of 19 and was introduced to him a day before my wedding day…although I was certain of how unhappy I was, I tried to make it work. Fast forward 22 years and I am a single mother. I never remarried and devoted my life in nurturing her and guiding her to become a strong, independant and kind woman. I just never had it in me to remarry someone. How could he accept someone else’s daughter if her own father never showed support or cared? After my divorce, parents didn’t allow their daughters to be my friend. I wasn’t allowed to be a bridesmaid in case I brought bad luck. I pulled through the stereotypes, abuse and bullying from the community at that time with Allah’s support.”

Divorce for women is thought to be unthinkable and divorced women are often outcasted. This negativity breeds into their own thinking and, like our follower, women start to question if they should be remarrying in the first place. Will he take care of me? Will he love my child? These are understandable questions to have, but it’s important to remember that the ultimate person who should be making the decision is you. Marriage might work and it might not work, but it’s about the connection and understanding you have with that person. If someone finds the right person and is happy, that’s all that matters – not that it’s their second marriage.

Similarly, you shouldn’t feel forced into having to remarry either. Another Mashion follower said, “My mother remarried because she thought to raise us four, she’ll need to provide us with a man’s name in society and need financial help. But remarrying doesn’t always help because he has never been like a father to us. If a woman is marrying for her children, it won’t always work but yeah, if she is marrying for herself to get a soulmate, it would be good.”

Instances like this prove that remarriage is a choice you should be making based on what you think will work for you. If you’re happy, the decision will make sense for your children and hopefully, the man you’ve chosen will respect and love your children as well. You shouldn’t feel pressured into a remarriage because society thinks it’s right, in the same way you shouldn’t be pressured into not being remarried because society thinks it’s wrong. Evidently, society’s opinions keep changing – so make the choice you’ll be happiest with.

What Mashion’s Followers Think About Remarriage For Women:

“One should definitely remarry cause if 1st one didn’t work, it doesn’t mean the 2nd one won’t” – @faaattiimmaa

“It’s scary but if you find the right person then please go for it.” – @zammabilal

“It should not be a big deal” – @laibaa.aslam

“It shouldn’t be a taboo. People need companionship.” – @murkq

“Don’t understand the double standards. A man can remarry a younger girl but a woman can’t.” – @pakistanfashion__pak

“It’s all about rights. Everyone has a right to remarry or do whatever cause YOLO.” – @aamirfatima

“Live your life the way you want.” – @sheebasz

“Totally okay as long as both parties have healed from past experiences.” – @nawalhussain99

“People judge everything anyways. It’s upon us to make the best possible decision for ourselves.” – @singingspideyy

“Everyone has the right to be with whoever they want. My mother remarried and she’s the happiest.” – @alisa.sakherab

“The issue should never be about how many times someone was married but were they married to the right person. Some find it on the first try and they’re lucky Some have to try again and there’s no shame in that.” – @nusairteli

“It’s someone’s decision and we have no right to criticise. Period!” – @khadssx_

“Remarriage is normal and questioning it as a sign of patriarchy.” -@jaaaysh

Now that we’ve established that remarrying is perfectly okay and your choice, what’s also your choice is the manner in which you celebrate your wedding. It’s your big day. Do what makes you feel comfortable and happy. If that means throwing a huge wedding then do that, but if you want a small event, that’s okay too. Remarriage is okay and you’re brave for following your heart. Celebrate that. Celebrate courage, choice and life.

Keeping that in mind, here’s our 2019 Mashaadi video. We hope you enjoy it as much as we enjoyed making it!

A lot of time, effort and love went into producing this and it wouldn’t have been possible without a whole lot of people! Especially a brand like MoltyFoam, who has supported us in celebrating a non conventional concept. 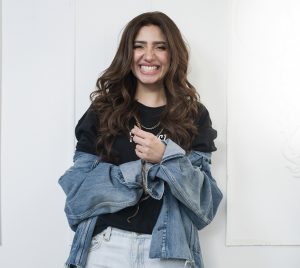 6 Pakistani Celebrities That Prove Women Can Do It All 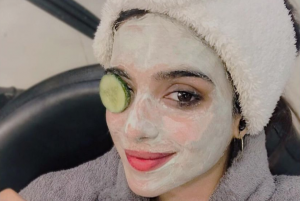 Word Of Mash: What Can You Add To Your Diet For Healthy Skin? 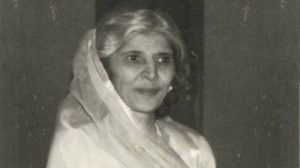