Recently a renowned director, Jami, spoke in favour of the #MeToo movement and came out with how he was sexually assaulted by a highly regarded individual 13 years ago. The movement has been gaining momentum all over the world, including Pakistan, and numerous women have come out with their own stories of sexual harassment. Women are usually the victims of rape and a survey we recently carried out shows that men don’t fear sexual harassment the same way women do. But Jami’s story is a reminder that such instances are not limited to women. Due to how we perceive masculinity in Pakistan, and around the world, male victims of sexual assault often don’t come forward. The #MeToo movement, however, is for every survivor of sexual harassment and we, as a society, should be trying to breed and harness that inclusivity.

This brings us to a pressing problem involving the #MeToo movement, and one that Jami also drew attention to – the reaction to the movement. Sexual assault often goes unreported in Pakistan. There is a general stigma revolving rape, but survivors of it in Pakistan often face the added pressure that comes with when sex is considered a taboo topic. During the Women’s Action Forum in June, Nazish Brohi, a social researcher, touched upon the various reasons why women don’t report rape in Pakistan. She said that telling the police is one thing; women often don’t even feel comfortable telling their family because of the shame attached to rape. If they do, at some point, come forward with their story and decide to take legal action, Brohi says the case is dragged on and can take over five years.

‘The lawyer fees, the fees of going to the court, the fees of living in a big city – the fees are endless. This coupled with the impact on the family and on the woman herself because of the questions asked by the police and in court, make the cost of reporting very high.”

Diverting reporting also tends to take place, where instead of reporting the rape, a crime is reported to disguise it, such as a burglary, a murder or a break in. If we as a society are so ashamed to discuss it, how is a survivor expected to feel secure enough to come forward with their experience? The process to get justice is tedious and while it should be dealt with meticulously – because the accused stands to lose everything – more support needs to be given to survivors who are courageous enough to talk about their trauma.

The special thing about the #MeToo movement is the flexibility it provides the survivors. Involving the police in Pakistan often doesn’t yield successful results. But through social media, stories can be voiced in a manner that wasn’t possible before. Survivors might not be able to achieve immediate justice, but at least they are heard. However, there seems to be a trend of questioning the victim.

Sara Malkani, a lawyer and Asia advocacy advisor at the Centre for Reproductive Rights says, “The threat of defamation has deterred people from speaking out on social media or otherwise about sexual harassment.” And one can’t blame them. An incident that is painful to begin with, becomes more so by sparking up a national debate on the authenticity of it.

Even before the #MeToo movement spread, sexual harassment victims would be blamed for what happened to them. But this happens even more so now. While social media makes it easier for someone to come out with their story, it also makes it easier to spread hate. Asoomii Jay, a Canadian model and humanitarian worker, who is married to a Pakistani and lives here, took to social media a few months ago to talk about her experience with sexual harassment in Pakistan. Instead of being commended and supported, she was criticized and her clothing was brought into question. She then released a video to explain it further, saying she wears long sleeved Pakistani kurtas with long pants. She shouldn’t have had to explain this, but yet she felt the need to because of the reaction she got.

“If you’re going to blame a woman on her attire, that is an issue right there,” she says. “Rather than blaming the woman, let’s look at the real problem… why aren’t we discussing the issues people are facing in Pakistan?”

This is, unfortunately, the sad reality we face. Victims are blamed, questioned and made to feel unsafe for coming forward. They have already been sexually violated, but for some reason we find it justifiable to resort to violating their privacy and character too. The #MeToo movement needs to be supported and protected. Admittedly, with the lack of a justice system in play, it’s easy to wrongfully accuse someone through social media. But that is a rarity. Majority of women and men that take to Twitter, Instagram or Facebook to talk about undergoing sexual assault, do so because they feel safer talking about it there than in court. Is this something we should be undermining? No. But this culture of victim blaming and questioning undermines it. Falsely accusing someone of sexual harassment also undermines it. We should not be engaging in either. And we thank Jami, and all other survivors who have spoken up, for their courage and bravery. 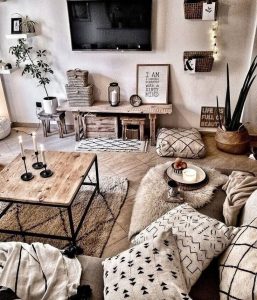 Add Personality To Your Space With These Uber-Cool Pieces 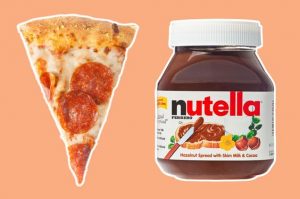 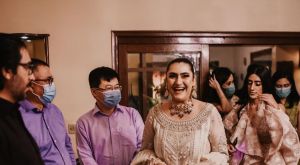 The Dos And Dont’s For Wedding Guests During COVID-19