In this day and age, social media plays a more integral role in our lives than ever. Brands look more favourably on content creators on instagram to market their products, than the conventional methods that they once used. But despire the traction social media has been getting, it’s still an unknown world for many. For that reason, Ushah Kazi interviewed three personalities who have sufficient experience in this field. Scroll down to read their advice on how to grow effectively on social media:

The future is digital. And, possibly as a result of the current uncertainty, it may also be dynamic. Communications technology was already disrupting and spearheading trends by altering the way we live and want to live. But the 2020 turbulence turbo charged its potential and the raging streaming wars entered a new phase. A humble video conferencing application became a global rite of passage. Content creators became bona fide celebrities, while celebrities took up content creation. And as always, there were attempts to understand what makes the digital space so very coveted.

As the end of a rather unpredictable year approaches us, it’s the perfect time to re-examine digital strategy. And so, we elicited the help of three local personalities with experience in the field, to give their input on social media trends and growth strategies. Pheby Haroon is a celebrity manager, PR strategist, and owner/founding partner of the PR and management firm PH Solutions – she has worked regularly with some of the biggest names in Pakistan. Tamania Jaffri is a content creator and TEDx speaker – her ‘Urdu Mom’ blog about the Pakistani-Canadian experience has been featured on BBC and CTV News. And finally, Alishay Adnan, a top Pakistani stylist, who has worked as a fashion marketing manager and head of marketing, at Daraz and Orient Textiles respectively. Recently, she also co-founded the jewellery brand Filigree.

These three people brought the full range of their experiences to our conversations, dishing out advice and commenting on trends. And whether you’re starting out as a content creator, working in communications, or just curious about everything that goes into social media strategy, their advice is sure to be helpful so keep on reading:

It would be fair to assume that marketing has always been a competitive landscape. Thus, it shouldn’t be surprising that social media, as its newest frontier, is also rather aggressive. Brands vie for eye-balls and traction, much like they compete for air-time. And yet, as highlighted by Pheby Haroon, there is a case to be made about working together as opposed to against each other.

As a celebrity manager, Pheby has helped many Paksitani stars put their best foot forward. As she explained it, “marketing people” is her strength. And she felt that a particularly sound way to market people, or indeed brands, is by positioning them alongside others who share their values. Or to put it another way, experimenting with cross-marketing strategies, where customers for one product are targeted by promotions for another product or service, can be really effective. Reminiscing over her own work with Sonya Hyssain, when she collaborated with Diva’ni for the January 2018 cover of Hello Pakistan, she exclaimed that, “working, collaborating and cross marketing” is the way forward.

Collaborative efforts can also serve influencers well. Noted by Tamania Jaffri, who has carved out her own, unique niche in the content-creation sphere. Commenting on the complex and changing landscape of social media, she stated that “developing content consistently, collaborating with other accounts and giveaways” have helped her grow her following.

Tamania highlighted the importance of content, and there really is no getting around that. There is a reason why “content is king” is still a favourite phrase within the marketing realm. But far too often, budding content creators fail to judge their content accurately. Or rather, they fail to understand what parameters their audience would use to judge their content.

For example, despite the flawless aesthetics of her Instagram feed, Alishay Adnan maintained that the look is not the only thing that creatives, and brands, should focus on. Instead, she noted that content which is “more engagement driven than aesthetically pleasing” can actually be more effective. According to her, this is because social media is driven by connectivity. Noting the importance of posting consistently and regularly, she also highlighted that relatable content encourages an audience to form a bond with their favorite blogger or brand. Relatability itself can be a strength.

She highlighted that anyone who only focuses on the look of their content and feed, without encouraging their audience to engage with them, might be shooting themselves in the foot. In her words, “if you seem too unapproachable, people will just stop approaching you.”

In fact, Tamania made use of the conversation to encourage a focus shift within the industry and among its players. In particular, with respect to the obsessive focus on “influence”. Taking her cue from Tywin Lannister, she noted, “any person who must say ‘I am an influencer’ is no true influencer.” Instead, those hoping to make their mark should prioritise the quality of their work. According to her, “stellar, original content, with a unique voice” would guarantee the kind of growth that would also translate into genuine influence. This is a particularly important point to note, when numbers can themselves be a tad misleading.

When I asked Pheby about her own sizable social media following, she quite candidly said that this was very much a result of the celebrities and projects she worked on, and not something that she actively set out to achieve. She also elaborated on the many dubious ways that some employ to amass a following, like bots, and bought followers. Ultimately noting that, “your credibility cannot be limited to your social media presence.”

Few are more perplexed by social media than the brands and celebrities who have been in the game for longer than most of us. And often, confusion leads to half-hearted attempts and repetition.

Pheby noted that many Pakistani brands try to replicate content that has worked for others. Sometimes, right down to the model, make of the outfit, and credentials of the photographer. The tendency to copy others is, objectively, a problem. On the one hand, as Pheby noted, there is a discernable lack of accreditation, as nobody wants to mention the originator of an idea. In an industry where intellectual property rights are treated as polite suggestions, this is adding another layer of unprofessionalism.

But, the tendency to imitate might also alienate a brand’s target audience. For instance, Alishay shared that sometimes, customers for luxury brands feel frustrated, when a garment has already been worn, and publicized, by an influencer.

Both of them highlighted the importance of innovation, and experimenting with unconventional ideas.

In fact, perhaps the most important takeaway that we want to share with you, is the need to embrace change. At the end of my conversations with all three women, one couldn’t help but note how far removed stereotypical depictions of the “influencer industry” were from reality. Often, as you might have noticed in a Netflix original series or two, social media professionals are represented as shallow, and flimsy. As if they, much like the technologies that they champion, are a trend; fantastical and fleeting.

However, while the tide may shift, new technology is here to stay. And it will only continue to alter our lives in one way or another. As Pheby noted, while many brands have their set way of doing things, which they may be more comfortable with, there is still a need for roads less travelled by. She said that the most successful players understand this, mentioning that “when it comes to social, they want fresh strategies; they want out-of-the-box ideas.” Simultaneously, Alishay and Tamania noted that embracing innovative ideas is also beneficial for the influencers hoping to generate buzz.

Alishay mentioned that though the industry might give a content creator’s following is given a lot of importance, many brands are willing to prioritize and work with influencers who may not have the following just yet, but are willing to go “above and beyond” and come up with creative ways to collaborate. Tamania on the other hand, offered digital novices some sound advice. Reminding them that, “there is no shortcut to this,” while also encouraging them to, “stay consistent and creative. Educate yourself with evolving trends.”

A fitting mixture of realism and enthusiasm, which encapsulates everything that it takes to make it in this brave new world of technological advancements. It isn’t easy for sure because the rules are constantly being rewritten. But this also means that innovation and adventure will forever have a place online. 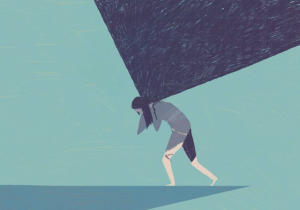 13 Things You Don’t Have To Feel Guilty About 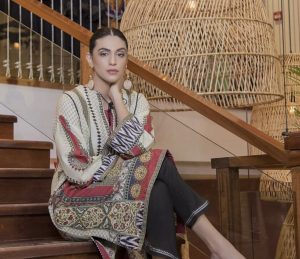 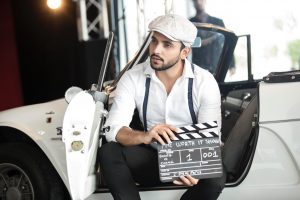 The Pakistani Photographer Whose Photographed Everyone From Mahira to Lady Gaga