The World Is Not Built For Women – Do You Agree?

In the world we live in today, the concept of patriarchy, misogyny and mansplaining are all too common; women have to live through them on a day to day basis. But while an individual can somewhat control the degree of their contribution to these things, it’s argued by some people that society just simply isn’t designed for women. Whether that be in the form of CPR mannequins, spacesuits or science gear – it is not a woman that is taken into consideration, but a man. Caroline Criado Perez in fact wrote a book illustrating many of these things, but today, we asked all of you what you think. Let’s discuss:

We took to instagram and asked all our followers whether they feel that the world is made to disadvantage women and while 42% people disagreed, 58% agreed that the world is indeed made more for men, than for women. Here are some of their thoughts:

Most of our followers think it’s the inefficient law system that adds to why society isn’t made for women. While some responses pointed towards the absence of childcare support for working women, others felt that the laws for sexual harassment and abuse prove how the world does little to protect women. The lack of accommodation for women who undergo extreme menstruation pain was another way some of our followers felt society didn’t take their needs into account.

‘Laws allow pay inequity and harassment towards non-men, while at the same time holding women accountable for a man’s actions’ – @maryamthecatlady

‘Lack of childcare support puts women in the workforce at a disadvantage after having a kid!’ – @rabia.zulfiqar

‘Lack of follow through on laws that are there to protect women from harassment, abuse, rape etc’ – @azka_s

‘Wage gap. It’s real and we need to stop pretending like it’s not. Also basic safety – if men felt half as unsafe as women, our world would have been different’ – @anshikasharma3

Many people in society have the mentality that women can’t achieve or do the same things men can. This isn’t limited to academics and careers, but also to to the movements and freedoms of women within their day-to-day life.

‘We can’t be allowed to go out unless it’s with someone, but boys go out all the time alone’ – @syedaridabatool110

‘It’s always easier to target women in every circumstance’ – @hafssarizwan

‘Pakistan is a male dominating country, girls over here always suffer to maintain their image.’ – @fatimahchoudhry

‘Women always get blamed if anything goes wrong with a kid. If women want to work, they are also expected to do house chores, cook and take care of the kids etc as opposed to men whose only expectation is to earn money’ – @rabaadab

‘We aren’t allowed to prioritise career over shaadi’ – @majidrajar

‘It is built by men for their convenience’ – @hanniya2

Society Is Made For Women

Ultimately, it is a woman who gives birth and without them, the world would not be able to function. That’s why some of our followers feel that regardless of how society functions, the world is built for women.

‘It is built from a woman (giving birth) that itself shows that she has hell of a lot of power.’ – @_azma.khxn_

‘It depends on one’s perception/attitude and ability. How she sees the world and it’s affairs’ – @_azma.khxn_

‘According to our religion and how it looks forward to women rights, the world IS built for women. Without women, the world would obviously not exist.’

‘I think the world is built for women because without women, men would go crazy’ – @reethebrownie

Now that we know your thoughts, let’s talk about a few ways that society really hasn’t taken women into account. Quite a few of these have been pointed out in Caroline Criado Perez’s bestselling book, Invisible Women.

A lot of the equipment used by women in labs or on the field are ill-fitted. This can be goggles, boots, surgical gowns etc. According to a biologist, this affects personal safety. She says, “The alternatives that are ‘designed for women’ are frequently more expensive, have smaller pockets, are still ill-fitting and most likely have just been copies of the male version with a little pink added to the trim.”

In the medical textbooks that display human anatomy, it is mostly men that are depicted – not women. There is in general not much diversity present within medical textbooks; most drawings show a peach coloured man, and there is also a lack of representation for race and gender – not just sex.

For quite some time, dummies were made primarily for the male body, which meant that female drivers had 47% more chance of injury. Even now in most places, the female dummy is simply a smaller male dummy that doesn’t take into account differences in organ placements, etc.

Medical research time and time again, doesn’t take into account the way a disease will target a woman. This is especially true for pregnant women. In her book, Caroline Perez points out that the health outcomes for pregnant women were not tracked in the 2002–2004 SARS outbreak in China, and that, as a result, in the words of the World Health Organisation, “it was not possible to fully characterise the course and outcome of SARS during pregnancy.” If adequate research had been done, maybe that would not be the case. With Covid-19, studies show an increased risk of hospitalisation and need for mechanical ventilation for pregnant women who have been infected.

Personal Protective Equipment (PPE) that has been considered so integral during the current pandemic, is also gendered in design. According to Dr Helen Fidler, the deputy chair of the British Medical Association (BMA) commission committee, “Women’s lives are absolutely being put at risk because of ill-fitting PPE. We know that properly fitted PPE works, but masks are designed for a male template.” According to an international survey done in 2016, only 29%  of female respondents were using PPE designed for women, and 57% said their PPE hampered their work. This just goes to show how prevalent sexism is, and how it poses a real threat to the safety of women.

Everyone is entitled to their own opinion and depending on the perspective you choose to look at the matter with, there are different conclusions you can reach. Yes, it is true that society would not function without women, but it also seems to hold true that in so many trainings, studies and research, women are discounted. Society is not made for one gender, but it seems that people have chosen to favour the needs of one sex over the other. 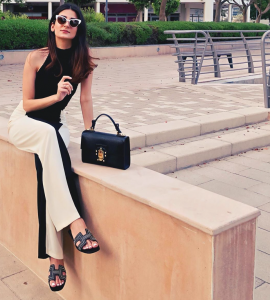 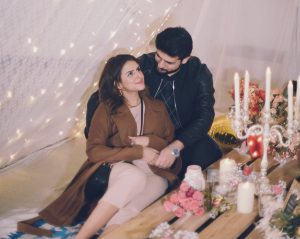 5 Looks For Your At Home Date Night 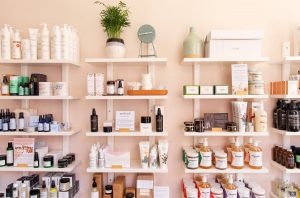