The Status Of Pakistani Women Through History

Since Pakistan’s conception, women have been on the forefront – Fatima Jinnah, the mother of our nation being a prominent figure in helping Pakistan gain independence. Pakistan was built on the foundation of equality, where men and women despite their gender had the right to stand in a position of power, without prejudice. Over time, Quaid’s vision of a fair Pakistan, has become just that, a vision lost in the abyss of history.

However, today Pakistani women stand firm in their belief that they are equal to men, shattering one glass ceiling after another, and we couldn’t be prouder! Here’s a look at the status of women in Pakistan over the years, proving how far we as a society have come in being more progressive.

At this time liberal attitudes were adopted towards women. About 10% of the seats in the National Assembly and 5% in Provincial assemblies were reserved for women, with no restriction on contesting general seats as well. Moreover, all government services were available to women including the district management group and the foreign service, which was denied earlier. Zulfiqar Bhutto, the Prime Minister at the time, stipulated that there “shall be no discrimination on the basis of sex alone” in the constitution. In 1975 Pakistan participated in an official delegation in the First World Conference on Women in Mexico that led to the first Pakistan Women’s Right Committee.

The regime of this time took many steps towards women development, such as the establishment of the women’s division in the cabinet secretariat and the appointment of another commission on the status of women.

Though, despite this things weren’t a bed of roses. Under the law, legislations like the hudood ordinances, banned women from participating and being spectators of sports. All fundamental rights granted in 1973 were revoked.

Perhaps the worst law was Qaun-e-Shahadat, where a woman’s testimony was not weighed equal to a mans. Hence if a woman didn’t have a male witness to testify, she would not satisfy the evidence criteria. Due to which in the 1983 case of Safia Bibi, a near-blind teenage domestic servant. She was allegedly raped by her employer and his son, but due to lack of substantial evidence was convicted for adultery, and punished with 5 years of imprisonment, a fine of Rs1,000 and 15 lashes, while her rapists was acquitted.

During this time women’s rights groups helped in the production of a film titled ‘Who Will Cast The First Stone?’ by filmmaker Sabiha Sumar. The film highlighted the oppression and suffering of women under the Hudood Ordinances, giving voice to those without one. According to a 1988 report by Amnesty International, more than one-third Pakistani women in prison had been accused or found guilty of zina.

A fresh air from the oppressive time prior, Pakistan had its first female Prime Minister Benazir Bhutto, also being the first woman elected to head a Muslim country. In 1989 the first women bank was established to address women’s financial needs, providing them economic independence and emancipation. Whether you liked her politics or not, Bhutto was a benchmark for all Pakistani women, serving as a tenacious role model, allowing young girls to see that women can be leaders too!

The status of Pakistani women in the recent two decades has improved with women making strides in the political, business and social sphere. Women like Fehmida Mirza: the first female speaker of the National Assembly, Hina Rabbani Khar; the first female Minister of Foreign Affairs in Pakistan, in 2011. Besides them, many notable women like Asma Jahangir, Hina Jilani, Malala Yousufzai are all on the long list of women who are proving and reclaiming Quaid’s vision for a more inclusive Pakistan. May they continue working towards making Pakistan a more equal place! 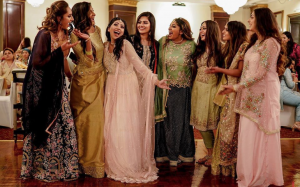 6 Trends To Look Out For This Shaadi Season 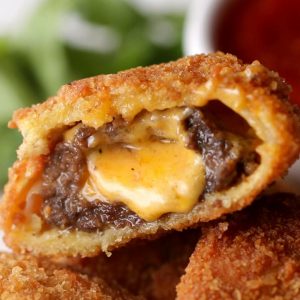 VIDEO: 2 Easy Ramadan Recipes That Anyone Can Make 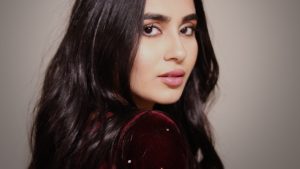