The Social Stigma Around Menstruation In Ramadan – Have You Experienced It?

As women, we all are familiar with our period sneaking up on us every month. But during Ramadan, menstruating means not being able to fast and with that can come different problems – specifically the ‘shame’ of eating. Our team spoke about their experience with the issue and whether growing up, they ever had to make an excuse for not fasting or if they felt any shame for not doing so. Scroll down to find out more:

Is This Really An Issue?

Menstruating is completely natural, normal and part of a healthy reproduction cycle. But yet during Ramadan several women around the world face social stigma when they can’t fast. They aren’t able to pray or fast with everyone else, but they also can’t eat in public without being shamed, putting them in a particularly difficult position.

I am sick and tired of feeling ashamed of being on my period in ramadan and OBVIOUSLY not fasting but then having to be made felt unclean and dirty. Make it stop! Allah created periods also so stop treating them so disgustingly. This aint even an unpopular opinion lol

WHY. #MUSLIM. #WOMEN. SHOULD. NOT. FEEL. ASHAMED. TO. EAT. IN. PUBLIC. DURING. #RAMADAN.WHEN. THEY. HAVE. THEIR. PERIOD. #rant pic.twitter.com/HFLnKtv8X0

If there’s one thing we all learnt through this, it’s that we are extremely fortunate. Growing up, a lot of girls feel the need to make up excuses when they are on their period, but most of the women on our team never felt the need to do so. And while the guilt of eating might be there, it’s less to do with the social stigma around periods, and more to do with not wanting to eat in front of a fasting individual. However our experiences don’t mean that women around the world don’t go through this guilt, which is why it’s so important to create awareness; candid conversations about menstruation are the only way it will stop being treated like an anomaly.

“In school I would fast regularly and would only skip them if I was on my period, but I wouldn’t ever hide it. If my guy friends noticed that I wasn’t fasting, I’d just tell them why. There’s no shame attached to it. I wouldn’t feel hungry in school so food wasn’t a problem, but because of the heat I’d take sips of water when I wasn’t fasting. Luckily in my house, fasting is a personal choice. I think only 3 of us fast so eating openly wasn’t ever an issue. We wouldn’t be sitting openly for lunch, but whoever wanted to eat would warm their food and go in their room and eat.” – Haya Chappra

“I was in an all girls school therefore girls would be understanding about having your period. In fact, we would be providing each other with pads/tampons. We avoided eating during Ramadan, even while were on our period. However no one was offended and neither did they say anything for the ones who did. I don’t think there’s a stigma around it when it comes to girls specifically. I believe we’re all understanding when it comes to periods.” – Hoor Gagai

“I vaguely remember in school we wouldn’t openly eat or drink during our break time. If we had water bottles, we kept them inside our bags rather than on our desks (which is what we usually did). We would hide and take sips of water if we were thirsty. But whenever my guys friends asked why we weren’t fasting, we always told them straight up and there was never any embarrassment.

At home, when I wasn’t able to pray, my younger cousins would always complain to my grandmother and they were always told them I’m sick and that’s why I don’t need to pray. But I don’t think that had to do with any shame or embarrassment; it was more so because the kids were too young to understand. I’m very grateful that my family is very open about these things and I could, and still can, very openly speak about my periods even if my uncles are around.

I did, however, make it a point not to eat or drink in front of our house help or in public. I’m sure it’s out of fear because we’ve all seen and read how people who’ve eaten in public, even if they’re not Muslim, have been treated.

But Alhamdulillah, I’ve never had to make any excuses for not fasting and I hope that no woman or girl ever does either.” – Anam Sadick

“I’ve never felt any shame for not being able to fast while on my period, but I have always felt bad eating in front of people who are fasting. In school, I would try to avoid eating because of it and if I ever did, it would be a few bites here and there, or a few sips of water when no one was looking. When I was really young, I’d tell my guy friends that I’m sick and that’s why I’m not fasting but as we got older, I became extremely open about being on my period. The guilt for me was less about being on my period, and more because the people around me were fasting and it felt wrong to eat around them.

In my family however, it’s a different story. My parents force me to eat when I’m on my period because I suffer from terrible cramps so it’s never been a secret in my house – just today my dad came in my room with a bowl of fruits cause I’m on my period and he thought I needed the energy!” – Maryam Ansari

“Ever since I’ve been fasting I’ve tried to be very regular and have mostly only skipped when I get my period. Growing up this wasn’t an issue because my family fortunately has a very open and friendly environment. If I wasn’t fasting, no one asked me why and my personal boundaries were always respected. And if ever in school someone asked me why I wasn’t fasting I’d just tell them the reason. I know I’ve been very lucky with the type of people I’ve been surrounded with all my life, both at home and in school which is what empowered me to never make up excuses for my period. I’m also aware that most girls have a very different journey and feel a lot of shame in being able to openly say they’re on their period and sometimes even guilt for not being able to fast. I hope this changes because there should be absolutely no stigma surrounding something as natural as menstruation.” –  Zoha Naqvi

Muslim women should not be upset for experiencing menstrual periods during Ramadan; Allah gives you the concession to not fast/pray so embrace it. Making female members of the family feel ashamed and bad is wrong and has no place in Islam. 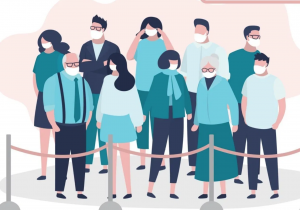 How The Coronavirus Put Things In Perspective For Me 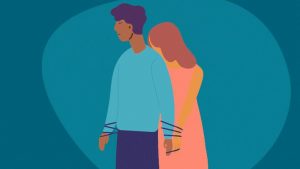 Ask The Therapist: “I feel like I have outgrown my partner and have fallen out of love with him…he is very dependant on me. How do I manage this?” 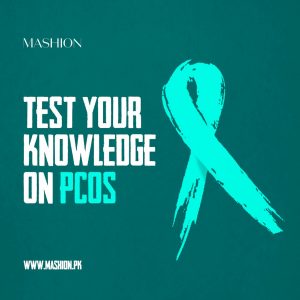 QUIZ: Test Your Knowledge On PCOS!