The Significance Of Muharram

Muharram is a month of mourning and one in which we should have the utmost respect for the sacrifices made by Imam Hussain (AS), his family and his companions. If you want to learn all about it, scroll down to read the article written by one of our follower’s, Hira Hyder:

Disclaimer: The images attached below are from the household of our follower.

The Journey To Karbala

Have you ever migrated from what you knew to be ‘home’ to a land that is unknown to you? How misplaced and heartbroken must one feel when they are uprooted from their safe-haven?


Now imagine: you are aware of the repercussions of migrating to where it has been prophesied that the men of your household would be massacred, the women held captive and children harassed till they die a painful death from barbaric brutality.

Would you embark on such a journey if the final destination entails unbearable sorrow, irreplaceable loss, imprisonment and death? You and I surely would not.
However, Imam Hussain ibn Ali (AS), grandson of Prophet Muhammad (PBUH) did exactly that on the 28th of Rajab 1400 years ago.

However, Yazid ibn Muawiya refused to change his unjust and tyrannical ways. It was then, that Imam Hussain ibn Ali (AS) migrated with his family to the land of Karbala — inviting the Muslim ummah to join his caravan — while preparing for jihad in order to protect and preserve the true essence of Islam.


Significance Of The Ahlulbayt In The Holy Quran And Sunnah:

It is unfortunate that countless Muslims are unaware of a pivotal event in Islamic history – the massacre of Karbala and the vitality of commemorating the sacrifices made by Prophet Muhammad’s (PBUH) family during the month of Muharram. The political propaganda of the Umayyads and Abbasids spread like wildfire and till date, it shapes the practice of faith and the ideologies of Muslims which have resulted in the sectarian division of Islam.

However, as per the Quran and Ahadith, it is evident that Allah (SWT) has deemed the Ahlulbayt to be the most magnificent of His creations and declared that they are the prestigious representatives of Islam.

The Holy Quran’s verse narrating about the Ahlulbayt:
“Allah intends only to remove from you the impurity of sin, Oh people of the Prophet’s household, and to purify you with extensive purification.”
-Holy Quran, 33:33

Prophet Muhammad’s (PBUH) assertion to follow the Holy Quran and Ahlulbayt:
“I am leaving among you two weighty things: the book of Allah in which there is guidance and light, so hold fast to the book of Allah (SWT) and adhere to it. The second are the members of my household I remind you of your duties to the members of my family.”
-Prophet Muhammad (PBUH)
Reference: Sahih Muslim 2408

‘A’isha reported that Allah’s Apostle (ﷺ) went out one morning wearing a striped cloak of the black camel’s hair that there came Hasan ibn Ali.
He wrapped him under it, then came Husain ibn Ali and he wrapped him under it along with the other one (Hasan).
Then came Fatima bint Muhammad and he took her under it.
Then came ‘Ali and he also took him under it and then said:
“Allah intends only to remove from you the impurity of sin, Oh people of the Prophet’s household, and to purify you with extensive purification.”
-Holy Quran, 33:33
Reference: Sahih Muslim 2424

The month of Muharram is dedicated to commemorating the sacrifices made by Prophet Muhammad’s (PBUH) grandson Imam Hussain (AS), his family, women and children, as well his loyal companions in order to protect and preserve Islam.

Often, Muslims comment that they respect the sacrifices made by Prophet Muhammad’s (PBUH) kin; yet, argue that Majalis held for ‘mourning’ should not take place. However, following the Quran and Sunnah; Shias commemorate the honourable martyrs of Karbala.

“And Yaqub (PBUH) said,
‘Oh, my sorrow over Yusuf!’
and his eyes became white from grief because of the sorrow that he suppressed.”
-Holy Quran (12:84)
Prophet Yaqub (PBUH) achingly endured the separation from his son
Prophet Yusuf (PBUH), for many years.

In the Quran, Prophet Yaqub’s (PBUH) expression of grief had not been condemned by Allah (SWT) because who better than the Creator can comprehend its creations’ emotions.

As per the sunnah, it is essential to pay respect and mourn the martyrs of Islam; after the battle of Uhud when Prophet Muhammad (PBUH) had lost his uncle Hazrat Hamza, he ordered the Muslim ummah to grieve his uncle along with the martyrs of Uhud. If grieving was condemned by Allah (SWT), Prophet Muhammad (PBUH) would not have mourned his wife Lady Khadija (SA) and uncle Hazrat Abu Talib ibn Abd al-Muttalib while declaring the year of their deaths as, ‘Am al-Huzn’ — ‘The Year Of Sorrow’.

The month of Muharram is dedicated to commemorating the ultimate sacrifice made in the history of Islam by the Ahlulbayt of Prophet Muhammad (PBUH). The Majalis held in Muharram commemorate the martyrs of an army consisting of 72 valiant warriors and their families who stood steadfastly by Imam Hussain (AS) against the tyranny of Yazid ibn Muawaiya.

The Majalis held in Muharram commemorate how Yazid ibn Muawiya’s vile army had set camp near the Euphrates and prevented Imam Hussain’s (AS) campsite consisting of women and children from gathering water — it is the month of grieving the thirsty children of Prophet Muhammad’s (PBUH) household whose desperate echoes rose from their tents amidst the sand-dunes of Karbala’s desert.

The Majalis held in Muharram commemorate the brutalities endured by mere infants from the household of Prophet Muhammad (PBUH) — it is the month of grieving Imam Hussain’s (AS) 6-month old baby Hazrat Ali Asghar who had been slaughtered by Yazid ibn Muawiya’s army with an arrow originally carved for the purpose of killing camels.

The Majalis held in Muharram commemorate the war-crimes committed against the women of Prophet Muhammad’s (PBUH) household after the men of Imam Hussain’s (AS) army had been martyred — it is the month of grieving how the pious women’s tents were invaded, belongings were looted, how they had been taken as captives; ridiculed on the streets of Arabia and eventually imprisoned by Yazid ibn Muawiya in Syria.

The battle of Karbala and its aftermath has been recorded in volumes; not just in Islamic academia but also by various historians and scholars over the course of time. The lessons derived from each individual — man, woman or child who had been a member of Imam Hussain’s (AS) caravan are not only inspirational, but also relevant to every era. Their fearless stance against tyranny and mission to protect the message of Allah (SWT) not only revives the true meaning of ‘life,’ but teaches one that once you embark on the journey of ‘truth and justice’ with unwavering faith, success will prevail; both in this world and the hereafter.

NOTE: Shia Muslims do not pray to the objects seen in these pictures. They are visuals which represent the flag (alam) of Imam Hussain’s (AS) cause — to protect and preserve Islam while practically condemning tyranny –  the monument of his shrine and the cradle of his 6-month old infant Hazrat Ali Asghar who had been slaughtered by Yazid ibn Muawiya’s army. 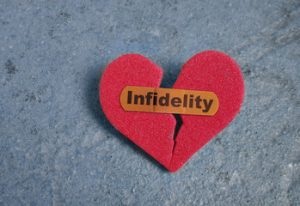 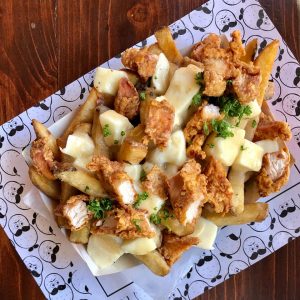 Deliciously Spend Your Way Through Karachi Eat 2019 In 1000 Rupees 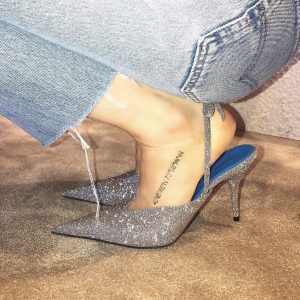