Sex Education Teaches The Importance Of Sticking By Your Girls

If you aren’t familiar with the show Sex Education, you might be missing out on a lot of important lessons you never knew you needed. The second season of the show introduced many new character arcs and narratives that we didn’t see in the first season. Each of these new stories, along with individual character developments, opened a door of concerns we – as women – feel, living in a world that favours males over females. There are many layers to this season, and one specific episode, brings a lot of them to light. The second last episode of the season very closely follows female rage, and the importance of sticking by your girls in the climate we live in now.

Following Aimee’s narrative, the writers of the show bring forward a sense of anxiety that surrounds women and girls from different backgrounds, ethnicities and classes. The girls are given detention for something they did not do, and as a form of punishment, they have to do a presentation on what binds them together as women. Initially, there is tension amongst the girls as they have such different personalities and identities, but as the episode continues, we learn a lot about their experiences as women who have been subjected to sexism and abuse, no matter where their experiences lie on the spectrum.

Aimee’s experience leaves her in a state of absolute mental turbulence. Earlier on, we see how Aimee, who took the bus to school everyday, was subtly but in a very unsettling way, subjected to a form of harassment. She clearly felt disoriented as she saw the man’s face wherever she went. She was always reminded of what had happened to her and how nothing could be done (even after her and Maeve reported it to the police station, and the incident was played of as nothing major). To add to her anxiety, taking the bus was not an option anymore.

Maeve always led a troubled life. She had a streak of rebellion in her, but that rebellion was evidently a defence mechanism for everything she had previously gone through. The episode begins with a flash back of her experience from when she was younger, as we see a young Maeve get verbally bullied and harassed by a group of boys who live in the same trailer park as her. When she heads to the food stall to buy breakfast, the older woman behind the counter notices the boys who were bothering Maeve and gives her unsolicited and very honestly, lousy advice, as she says, “You should be careful dressing like that”. To which Maeve replies, calling it how it is “And you should be careful perpetuating old-fashioned patriarchal ideology”. She goes back to the boys, spraying them with milk she just bought, displaying rage while they cuss at her. This is of course just one incident we see to a very complex character. The next day, she cuts her shorts even shorter.

Viv recounts her story from when she was a lot younger. She couldn’t ever go back to the public pool anymore, because of something some man did, without any consent. She was also very young and therefore, incredibly confused. After she told her mother what had happened, her mother did not let her go back to the pool. Swimming meant a lot to Viv, but now it had been tainted because she had to stop going, due to someone else’s actions.

Olivia was the first to reiterate her story after Aimee let them in on her experience. Olivia was out with a friend (boy), when a group of boys, around the same age as her, groped her and walked off. She may not have mentioned it to anyone before, but the trauma and confusion was very much on her face.

Ola’s story uncovered yet another layer to the problem. On her way home, at night, a man was following her, and as she sped up, the man too sped up behind her. As soon as he saw her father, he ran off; which made Ola even angrier.

So Here’s What We Learned:

According to Hollywood Reporter, “The comedy takes a serious turn in dealing with sexual assault to show that “women can be angry too,” creator Laurie Nunn says”. Even though the girls don’t have a lot in common, these individual incidents brought them together and show how this problem is faced by most women. Viv comes in with the facts when she states, “Statistically, two thirds of girls experience unwanted sexual attention or contact in public spaces before the age of 21”. More than what happened to her, Aimee is taken aback by the “really kind face” of the man because “if he could do something like that, then anyone could. I always felt safe before and now I don’t.” After Olivia’s story, they further agree that men view a woman’s body like it’s ‘public property’ that belongs to them. Maeve and Viv’s stories introduced the statement, “Why should you have to change your behaviour because of something they did?”. And Ola’s anger stemmed from the fact that she didn’t “want to be dependent on another man to protect (her).” This further opened the question, what would it be like if they were on the other side, as men. Would they be the same? Is being a man some kind of display of power that women lack?

As women, we feel so much anger and deal with so much sadness when we experience things like these. It’s usually non-consensual so what choice do we have when we want to avoid these happenings. Moreover, why should women live in fear and have to avoid day to day activates because of other individuals? These issues are not always brought to light because women do not have room to express how they feel when they are subject to any kind of harassment and abuse. It is important to have an open dialogue about what society makes taboo for us, and it’s important to find a circle that helps you deal with these situations. Most girls have been catcalled if not something worse, and everyone has a different way of dealing with their individual incidents. It is important to have some kind of space to feel this frustration and anger, which is why it is vital to support the girls in your life and stick by them. By the end of the episode, the girls wait for Aimee at the bus stop, and all get on the bus with her as supportive and strong women. 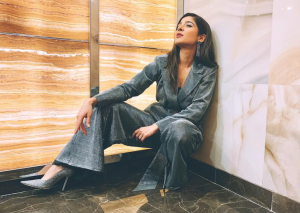 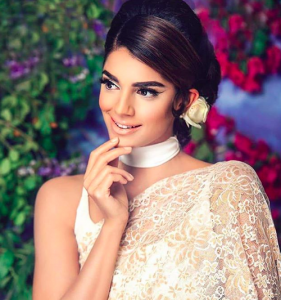 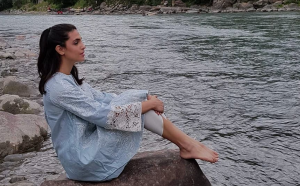 7 Pastel Blue Items Fashionistas Are Including In Their Wardrobe