Two-time Academy Award winner Sharmeen Obaid-Chinoy releases the second part from the animated series ‘Shattering The Silence’, a project that intends to encourage meaningful dialogue around issues of child abuse and child labour in the country. Sharmeen doesn’t shy away from covering the truth in its gruesome entirety, without sugarcoating the harsh realities that are often overlooked and ignored by the judicial system.

The film features the story of Reebok Human Rights Award recipient, Iqbal Masih, a young Pakistani boy who was forced to work as a carpet weaver in the 90’s. It explores the arduous conditions from the age of four onwards that encumbered Iqbal. He grew stunted and hopeless, a victim of the system, for whom it seemed impossible to escape. However, this was changed when bonded labour was declared illegal by the Supreme Court and consequently Iqbal was able to pursue his lifelong dream of attending school.

The film features real life stories of child labour cited by victims themselves. The four-part animated series presented in Urdu aims to educate viewers with the legal rights children hold, and steps they can take if they ever find themselves in a situation similar to this. The issue of child abuse is a growing menace in Pakistan, whereby a very tiny percentage and negligible amounts of funds is allocated to children-specific programs and activities. However, the PM’s Special Adviser on Information said that Prime Minister Imran Khan proposed that death penalty be fixed for all those involved in child abuse. This would be a step in the right direction to bringing this epidemic to an end.

In the second instalment of our animation series, ‘Shattering the Silence’, a project aimed at creating meaningful dialogue around issues of child abuse, we explore the story of Iqbal Masih, a young boy who was forced to work as a carpet weaver in the 90s. Working through arduous conditions from the age of 4 onwards, Iqbal grew stunted and hopeless. However when bonded labour was declared illegal by the Supreme Court, Iqbal was able to struggle and pursue his dream of attending school. Today, millions of children are employed in Pakistan, from the ages of 4 to 14 years old and work in many sectors of the labour force from brick kilns to manufacturing. This film raises light on the importance of creating awareness among children and their families about the laws which safeguard them and the quality of life they are expected to lead as their basic human right. #SOCFilms #ShatteringtheSilence The whole film can also be viewed here: http://bit.ly/IqbalKaBachpan Credits: Producer: Eleyna Haroun Script Translator: Injila Hamesh Illustrators: Babar Shah, Hassham Shabbir, Nasir Ansari Animation: Shahzaib Khan Voice over: Aaiza Alam @popatinc Sound: Sameer Khan Special thanks to Babrus Khan

A post shared by Sharmeen Obaid Chinoy Official (@sharmeenobaidchinoy) on May 29, 2019 at 12:50am PDT 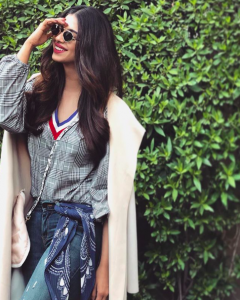 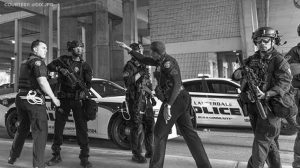 Why You Should Care About #BlackLivesMatter