Rape Culture – A Breakdown Of What It Is

What is rape culture? In simple words, it is the normalisation of sexual violence as an inevitable norm based heavily on a number of factors, but primarily victim-blaming. This allows rapists to remain immune to and protected against any sort of accountability and legal action. It puts an unreasonable amount of burden on the potential victims to protect themselves and sometimes, they are declared to be perpetrators of the crimes carried against them. Disproportionately, women face the pressure of this rape culture more but as highlighted in the article, it affects all members of society in some capacity.  Even though rape culture is quite an expansive issue, let’s discuss some things it consists of:

Rape culture tends to highlight the victim’s character and clothing as questionable in an attempt to declare they were “asking for it”. Their presence in the given whereabouts and the time, are added factors to ask why they were present at that moment in that place. Was a mehram not accompanying them? And if not then, why did they go out alone? Why were they out at such an hour? If the sexual assault or attempt does not take place in an isolated place, and instead in a normal area such as at the workplace, the character of the victim is heavily scrutinised, instead of the case at hand. Their mental health and physical state are also used to justify them being “likely to be raped.” Victim blaming alone has several facets,  but it plays a very dominant role in building the rape culture that we need to tear down.

Other things that contribute to the rape culture include trivialising such behaviour of men, defining gender roles in terms of dominant and subservient attitude, and also using gender roles to pressurise men into adopting such mindsets while forcing women to not act cold to such advances. Media representation also plays a key role in glorifying rape and sexual violence, and reinforcing the archaic ideals of the society instead of educating people. Gender pressure is not limited to specified roles and acceptable behaviour. It’s also the main reason why sexual violence conducted against men is not reported –  they are not recognised as potential victims. If cases are filed, they are likely to be put in a spot where their “manhood” and “masculinity” is used as a way to victimise them further.

Legal loopholes come from people of authority and include tolerance towards any sort of harassment, meddling with reports, and even intentionally making it almost impossible to report cases or take action due to procedural complications. Even when cases are reported, there are several questions asked that follow the tone of victim blaming, and some even doubt the evidence and time of reporting – all these things shield the rapists further.

If one fails to comply with any societal norm, it is deemed that assault was inevitable for the person. Communities are targeted on the grounds of their occupation, social status, and even sexuality to justify the actions of a rapist. Transgenders, followers of other faiths, people working in odd hours of the day, or in certain places such as the entertainment industry or heavily rationed workplaces where one is the minority, are seen as likely targets.. Assault in marriages is another category that remains free of any inquiry since the relationship is legal and consent to be in it is assumed to be synonymous with consent to any sexual activity involved. This branch of acceptable assault also somehow tends to safeguard the sexual desires of men under ‘this is just how they are’.

Somehow rape ends up being less about why the rapist raped and more about societal setbacks. As a society, we focus on how we are influenced by the west and ignoring our eastern culture, which only leads to more victim-blaming. Polygamous relationships are seen as a solution, especially since Islam permits four marriages, completely disregarding why though. Early and multiple marriages are seen as a way to combat rape. Lack thereof is identified as a reason for its existence. If the rapist is married, the wife’s role, demeanour, and even willingness and frequency of engagement in sexual activities, is put under scrutiny to justify her husband’s actions, no matter who the victim is – her or someone outside.

The truth is that whether it is spoken out loud or not, no matter which section of the society people belong to, they play their own role in gratifying the rape culture – we need to change that. And the first step to do that is being aware of it and unlearning such ideas. 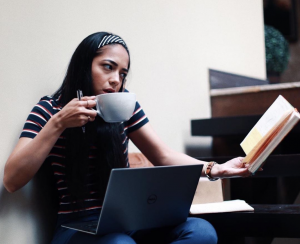 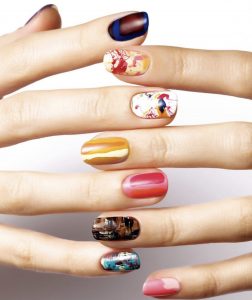 Shake Up Your Usual Nail Styles With These 2019 Trends 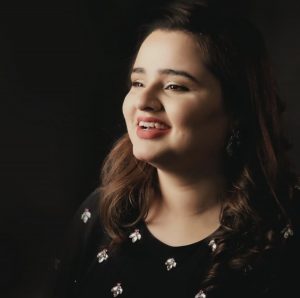 Word Of Mash: The One Label Or Stereotype That People Use To Define You As A Woman