Patriarchy Can Only End When Our Mindsets Change – Here’s Why

One of our followers – Fatima Pirzada – wants to smash the patriarchy just like the rest of us. But in order to do that, we need to question why society is like this in the first place and according to Fatima, it all boils down to our mindset. Scroll down to read more:

Pakistan is no stranger to violence against women and 2020, in all its unpredictability, was no exception. Being a lawyer by profession – though not a practicing one – I couldn’t help but wonder what the root cause and source of the mentality that fuels our patriarchal society is; why do men think they are a superior creation? Why are they so adamant on exerting their power over women, whether it is physically, mentally, emotionally or even financially?

I am an advocate of women rights and equality, and very much in favor of empowering women professionally as well as personally. However nothing will change unless our society changes its mindset. These concepts of equality are alien to most in our society, where running with the latest fad is the only thing sustaining many individuals, even in the so-called ‘elite’ areas of Karachi. Girls who portray themselves as otherwise, are now suddenly calling themselves a ‘feminist’ because it’s the latest trend on social media. But it’s important to understand feminism before preaching it.

Rather than starting off with bashing men, we should get to the root of why patriarchy is so dominant in our society – the basis of which arises from households that pray for the birth of sons over daughters, and continue to produce children with the hopes of having a son, regardless of if they can afford to feed so many mouths. Why? Houses where the men sit on the dinner table before the women, are served first and are given the ‘good botis’ by the women of the house; where the son is allowed to pursue further studies and the daughter is made to marry early leaving her studies mid way, turning her into the mother she loathed once for this discrimination. We are part of a society that encourages ‘rishta aunties’ to look for a girl, and I quote: ‘Gori, chitti, no more than 17 or 18 years of age, green eyes, shy, quiet…’ But education? No, what’s that?

While there are exceptions, most in-laws tend to make life difficult.The pressures and expectations put on the bahus is beyond reasonable as they are mostly expected to give in and ‘adapt.’ If the poor soul has an opinion, she suddenly becomes too sharp for that naïve little mama’s boy. If she decides to leave her husband and toxic in-laws, everyone around her will say ‘kiya karogi, kaha jaogi bachon ke saath?’ (What will you do, where will you go with the kids?) A man slapping his wife is acceptable because ‘he’s a man and you know they have no control over their temper and they work so hard to provide for you and the kids, so what if he has a bit of a temper and blows off some steam? Just put makeup on that bruise under your eye so no one knows, and remember, tell no one because you are only respected so long as you are under the thumb of the great man that is your husband.’

A woman is left at the mercy of such men and women in society.  Yes, men are responsible for this patriarchal culture, but women also play their role in promoting it. It is women who put other women down, whether it is by raising their sons to be ignorant or by allowing them to pass ageist, colourist, racist and other forms of prejudicial comments. Until and unless this mindset is completely wiped clean, it will only lead to the patriarchal mindset growing. I am not justifying a criminal; the rapist himself is only to blame for his crimes – not the girl, not what she wore or where she was at what time. All I am saying is that there needs to be a change in the mindset and in order for that to happen, women – particularly in the sub-continent – need to stop treating men as some form of deity. Maybe that will humanize the animals we have created in the shape of men. 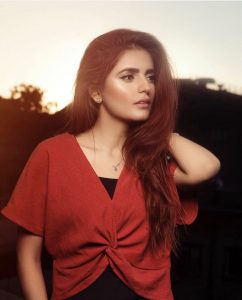 5 Striking Hair Trends To Break Out Of Your Comfort Zone 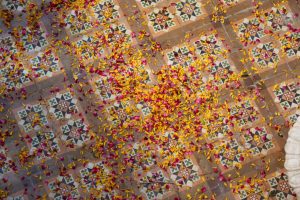 5 Tiles You Need For The Bridal Bedroom Of Your Dreams 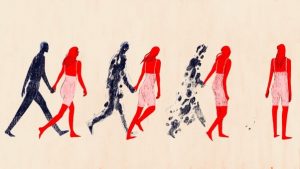 Ask The Therapist: “I have a friend who is possessive about me and sometimes she becomes aggressive about this…what do I do?”