OTC Painkillers – Are They Really As Harmless As They Seem?

We all are familiar with Over The Counter (OTC) pills such as paracetamol, aspirin and Ibuprofen. They are the pills that we can readily reach for when we have general pain, fever and other common ailments. But are they really as useful and harmless as they seem? Keep scrolling to read Medically Bound’s* professional opinion on this matter:

Do Paracetamol, Aspirin And IbuProfen Perform The Same Function?

They broadly suffice the same purpose (reduce pain and fever), but they have several different ways of doing this, different side effects and a different overall impact on our health.

Paracetamol is believed to stop the production of the enzyme COX, that promotes symptoms like feel fever and pain, temporarily and makes them relatively weaker. Hence, it essentially helps with reducing fever and treating mild to moderate pain resulting from headaches, period, joints etc.

Ibuprofen also helps in relieving pain and fever, as well as inflammation. However, it stops the production of all COX enzymes temporarily, unlike paracetamol which is more selective. It is categorised as a a non-steroidal anti-inflammatory drug.

Aspirin is also a non-steroidal anti-inflammatory drug. Like Ibuprofen, it relieves pain, fever like symptoms and inflammation. However, unlike Ibuprofen and Paracetamol, it stops the production of COX enzymes permanently and also has the effect of thinning out your blood. This can help with preventing blood clots that could potentially cause strokes and heart attacks.

What Are The Potential Harmful Effects Of These Medicines?

Aspirin has been known to cause stomach ulcers, bleeding from the mouth and renal failure, in chronic cases. Some medical conditions such as asthma, high blood pressure and liver or kidney diseases, might mean you’re more prone to the side effects of aspirin. It should also not be given to children suffering from fever or chicken pox without a doctor’s advice. It has the potential of leading to Reye syndrome if given in such cases.

Ibuprofen is similar to aspirin in the sense that, long-term usage can result in kidney failure, especially if there are pre-existing kidney conditions. If taken with aspirin, it can also get in the way of aspirin’s blood thinning function. In high dosage, Ibuprofen can also cause drowsiness or dizziness.

Ibuprofen has been known to be a popular choice in relieving period pain and reducing menstrual flow. However, too much of its use could lead to delayed periods, which is not encouraged. Some people also claim that there just isn’t enough evidence to factually say that Ibuprofen does indeed reduce menstrual flow by a substantial amount.

In Pakistan, pain relieving meds are easily available, and so it should be kept in mind that chronic use of any medicine is hazardous for your kidneys and liver. A lot of women take multiple medicines during their menstrual cycles and daily headaches, which can lead to dangerous consequences.

Organic And Natural Forms Of Medication

At the risk of sounding cliche, organic solutions for the relief of pain really is the best option in the long run. However, we realise this doesn’t work for everyone so whenever you do need to start the usage of painkillers, make sure to factor in your doctor’s advice. They will best be able to guide you on which dietary supplements are helpful, and which might interfere with your existing medical conditions.

*Medically Bound is an online medical newsletter run by a group of fresh female graduates who want to bridge the gap between society and medicine by informing people on medical facts that impact us all. 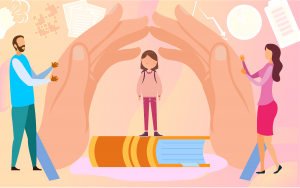 Ask The Therapist: “I want to become an actress but I have severe family family pressure to become a doctor…I am scared to tell my parents.” 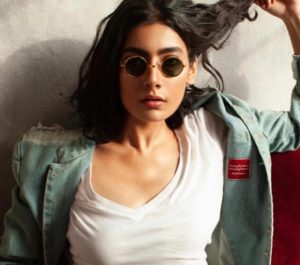 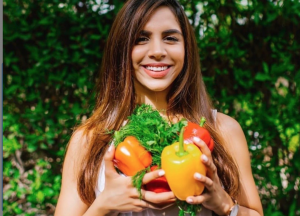 The Nutrition That Will Help Relieve Your Menstrual Cramps