My First Time…Trying Out A Dating App

For those of you who don’t know me, my name is Nargis: single, middle-aged (a woman never reveals her age), and looking to have the best time around town. My best friend is Tina who I have been stuck with since our primary days – she might be featuring in a lot of my adventures, so might as well introduce her now (plus, I know she’s dying for a shoutout). My friends and family are constantly bugging me to share my ideas and opinions –  naturally who else will give such great advice? So I thought what better time to start giving back to my community than right now. Today I am going to tell you about my first time trying out a dating app:

So, let’s just get straight to the point here. I know it’s hard to believe, but I’ve been single for quite some time now. You know these men just can’t keep up with me, beauty and brains, they feel threatened – naturally since most of them don’t have either. But Tina has been on my back to finally find someone and settle down. Ugh. Waise toh I don’t mind, magar ab itni effort kaun daale.

Anyway, she forced me to get on this dating app Bumble Bee (aisey hi kuch tha). But I realised I have to make the first move? Is chivalry dead or what? Khair once I got the hang of it, I actually preferred this version of taking matters into my own hands. And tauba some of the options on this app I can’t even tell you. I even met a couple of them. The first was just a snooze fest – sat outdoors at a restaurant of course, kept my sunglasses on so people wouldn’t recognise me. The whole time he’s just telling me about his business…two hours about his business. Accounts, marketing, human resources – I could go run the place after his lecture. Shukkar hai I had sunglasses on, even managed to snooze through some of it without him noticing,

Number two was another story. He could barely get a word out of his mouth except the Penne Alfredo he ordered. We all know how much of a talker and entertainer I am, so of course he had a wonderful time. I was basically talking to myself, with some giggles from him here and there. After carrying that lunch on my back I was ready to go straight to Tina’s and really give it to her for putting me through this torture.

And number three, don’t even get me started. First of all, he was acting like I’m lucky to be meeting him. Does he even know who I am? Anyway I said chalo let’s give it a chance, he can’t be that bad. Oh was I wrong. He only spoke about himself, his cars, his watch – I was ready to just get up and leave. And the cherry on top, he managed to somehow maintain a smirk throughout the entire dinner. He’s lucky I didn’t throw my oreo milkshake at him.

Now three bad experiences don’t mean I’ll delete the app, I’m sure some lovely chaps are out there waiting for me. For now though I’ve taken a break to rewind and destress after those three disasters, but don’t worry I’ll be back soon with my next lucky guests. 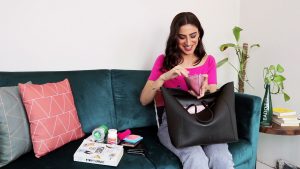 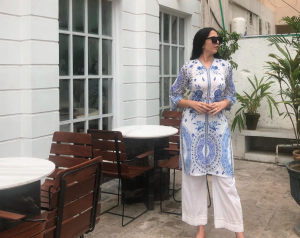 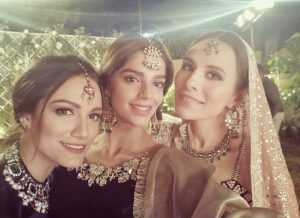