Zoha Rahman was born in Pakistan and moved to the UK in 2012. After getting a law degree from university, she decided to pursue her dream of becoming an actress. While in the infancy of her career, Zoha landed a role in the upcoming Marvel film, ‘Spiderman: Far From Home,’ where she plays a close school friend of Peter Parker a.k.a Spiderman, played by Tom Holland.

This is a huge milestone for South Asians, especially Pakistani and Muslim, folks as the call for representation and diversity in Hollywood has been an on-going movement for the past few years. With Asians slowly etching their way in Hollywood – with films such as ‘Always Be My Maybe’ and ‘Crazy Rich Asians’ leading the way – seeing Zoha portray the first Hijabi character, in as big a production as an MCU film, is a big step in the right direction.

We sat down with Zoha to learn more about how she landed the role, what her favourite memory from set is and who her favourite superhero is! Spoiler alert: it’s not Spiderman. Keep on reading!

1. Who is your favourite superhero?

I was a huge Batman fan growing up. I know that’s very off-brand (sorry, Marvel!) but I could quote the whole Nolan trilogy!

2. What do you miss most about living in Pakistan?

Being with my family! I really miss my grandparents, cousins and childhood friends. I also miss the sun and the amazing food.

3. How did your family and friends react to the news of your role in Spiderman?

Everyone was extremely excited and, obviously, a million questions followed, which I couldn’t answer! Pakistanis just don’t agree with the concept of confidentiality. “Mujhe toh bata do yaar! Who am I going to tell?” I had to battle with that line everyday. But I’m so grateful for all the support and appreciation from everyone I know.

4. How did you find out you were cast for the movie?

When I was invited to audition. Usually, by the time you audition, you know what the movie is and what character you’re supposed to play – or at least your lines – but I knew nothing. I came in and signed an NDA (a non-disclosure agreement for confidentiality) and after that I was given a script to learn in a few minutes – that’s when I found out!

5. Tell us more about your role in the film and what you want audiences to take home from your character in particular?

All I can say is that I’m Peter Parker’s friend and we’re on a school trip. To be honest, I just want the global audience to see me as another classmate. Not as ‘the Muslim girl’ or ‘the brown girl’ – just a girl. And for all the ‘hija-baes’ out there who feel like their existence is never validated, this one’s for you. You matter.

6. Do you think that featuring a Hijabi character in a film like Spiderman breaks barriers?

The fact that it’s 2019 and this is the first time a visually Muslim character is playing a normal human being on an international screen just shows how much progress is needed. South Asians are barely seen on mainstream media. The few spots reserved for us are of a terrorist, a techie or a token friend, often there to portray a caricature of our culture, usually with that accent. So yes, barriers are being broken because my character is not characterised by her race or religion; she is just a normal high school student having fun with her friends.

7. Who was your go-to person on set from the cast and crew?

Everyone on set was so friendly and helpful, but I definitely felt most comfortable with my co-star Yasmine [Mwanza]. She is an incredibly talented woman and is the kindest, most genuine soul I have ever met.

8. What’s the best memory you have from the sets of Spiderman?

The whole experience is my favourite memory, to be honest! If I had to pick one I guess it would be the time we were waiting on set, and someone decided to teach us all how to dance to ‘Candy’ [by Aaron Carter]. There was suddenly a flash mob of all of us, everyone trying to get it right, and eventually we were all in sync and there was a small dance-off.

9. What’s one reason you love working in Hollywood as a Pakistani, Muslim woman?

I can’t say that I love it just yet. I like being able to represent my heritage on big screens because I am truly representative of the characters I play. Yet, at the same time, I often feel like I am working towards goals that are very far away. Because of who I am and what I look like I’m expected to play characters within a limited scope. I will have to work much harder to change the game and to get where I want to be.

10. What’s one thing Hollywood, as an industry, still needs to work on?

Diversity! Both in front of and behind the camera. Hollywood is the biggest industry and it has immense influence on the world, yet it only reflects a tiny percentage of our population. There were only four women of colour cast as leads in 2017, none were South Asian, and 70% of all speaking roles went to white actors. It’s slowly changing, but it needs to get much better much faster.

11. If you could choose any role for yourself, that would top starring in Spiderman, what would it be?

I want to be the next superhero, especially for the girls and boys out there who can’t identify with the typical white-man-in-a-cape hero. I want these kids to look up to my character’s stories and achievements, and truly see themselves. 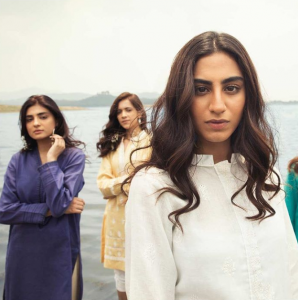 6 Linen Kurtas To Help You Beat The Heat 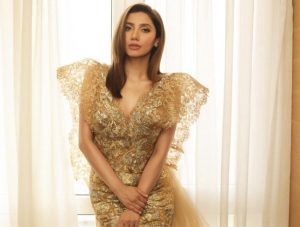 VIDEO: Get Ready With Mahira Khan For Lux Style Awards 2019 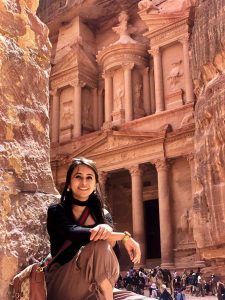 10 Countries Every Girl Should Travel To Solo