There are countless female icons that have coloured our history and left a lasting impression on us with their talent, charisma and presence. Every week, Ammaar – known on Instagram as ammaavocado – will be sharing his letter of love and admiration to some of these inspiring women. This week it’s to Tehmina Durrani – writer, influencer and the woman who has touched so many hearts.

It is hard to say when I stopped noticing the sirens. They’re still there, piercing the otherwise normal Wednesday-afternoon noise. But I haven’t noticed them for at least fifteen years. I would describe the sound for you, but even now I can barely remember it. I recall it beginning as a low whistle that bends into a loud howl, but the sound feels distant to me now. It’s indistinguishable from all the other ways this city rumbles its way toward productivity.

Your book was a siren, Tehmina. One that perhaps no one heard or no one decided to hear. And yes, I am talking about My Feudal Lord, and yes I know, that writers have never been appreciated when they were most needed to be heard, but perhaps that is how we are desired even beyond our living.

Tehmina, we are alike, we don’t search for home, we make them. We make family of those who love us and not just those who birth us. We tell our secrets to words and not to others. We don’t strive to be famous writers, we strive to be mirrors in which people can see themselves.

Today, there is a storm outside. Ever since the motorway rape (I refuse to call it an incident, because cases like these have become rituals) happened, everyday at least three or maximum seven rape cases surface through either social media or news channels — each with their own brutality and jarring hopelessness for safety.

I remember, back in 2014, over a hundred children were brutally murdered, and they’re parents unpacked their blood-drenched school bags singing the national anthem, covering their grief with a cloth called shahadat as they buried everything they ever truly loved and we said that was the worst year of this generation.

In 2016, Qandeel Baloch was strangled and her desperately betrayed eyes begged mercy from her own brother and was murdered in the name of honour, and we said that was the worst year of this generation.

In 2018, a 7 year old girl named Zainab was raped for 7 days, her rapist soon after, murdered her and her cries then echoed through the entire country, and we said that was the worst year of this generation.

This year, a car broke down in the middle of the motorway, carrying a woman and two kids. Soon after, some robbers broke into their car and dragged them into a field nearby and raped a mother in front of their own children. And we said this is the worst year of this generation.

I am wondering now, what would be the worst year of this generation, considering each worst year beats the next. I am wondering, what worst year would be worst enough for us to realize that we are running out of places to live in.

My partner (who is not my partner yet, but I have considered every possible way to love her) is spending her first full summer in Columbus. She is from a place where tornadoes rarely happen. So rarely that there isn’t a warning system in place. As the sirens repeated, and got louder and longer, her anxiety grew. It was a reasonable anxiety, of course. What will we do if a tornado hits? What’s our plan? Should we leave here and go somewhere safer?

It wasn’t comforting for her to hear that this happens all the time. Nearly every summer. Be concerned, but not all that concerned. There’s no good way to describe the weight of a threat to someone who has never encountered it before. If you know violence only from a distance but have never seen it dismantle a place you love, it can be difficult to comfort someone who fears its arrival. We eventually fell asleep, and woke to the news of a tornado tearing through Dayton, a city only fifty minutes from where we live. And as we talked over the phone that night, she told me how rape is also unwarned and how being harrassed is also a type of hurricane. It happens and ruins everything that was once bearable enough to stay alive.

I have been thinking about the value of warnings. How, in my case, I know that something bad is coming from the silence and the stillness. I am trying to honor the warnings that come carried on the back of noise, but life has taught me to be most concerned when a room doesn’t move, or when someone I love stops talking and stares off into the distance.

Tehmina, for this letter, I believe it goes without saying that I love you, but beyond that, I want to thank you. Thank you for blowing the horn for those who decidedly did not wake from their humble graves. And I know sometimes it feels useless to try to save a system (in any capacity) but the people who live there deserve to be affixed to something beyond tragedy. 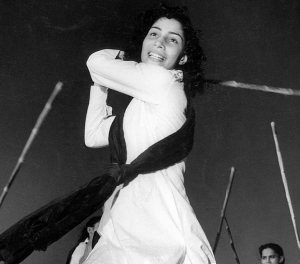 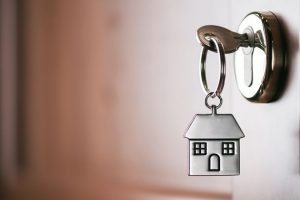 QUIZ: Are You Ready To Buy Your First Home? 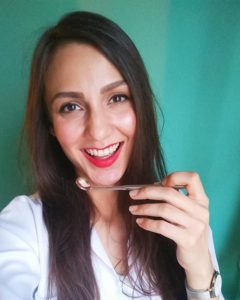 10 Things We Learnt About Dental Health From Dr Alina Nasir