There are countless female icons that have coloured our history and left a lasting impression on us with their talent, charisma and presence. Every week, Ammaar – known on Instagram as ammaavocado – will be sharing his letter of love and admiration to some of these inspiring women. One such woman is the prize of our music industry: Noor Jehan.

We are maybe like each other, through two different mirrors. You, a beloved struggling to be loved. I, a lover struggling to find a beloved. I love poetry, as did you, you also loved sacrifice, you did it recklessly and without recourse, I have done the same.

Growing up, on Sundays, the syrupy leak of your voice would ocean through my dados old cassette player and would gather my entire family in the living room. It was almost used as a siren for when my daado was bored, It didn’t have a specific time, it would just happen. The elders would dunk biscuits into their chais as they spoke of your grace and gossip your stories.

I, of course did not know you back then, did not know the many ways you had made an entire generation kneel to your greatness only to get up to fight for what they loved.

Everyone does love differently, of course. And when it is about love, then the definitions may also vary to the extremes. Love was never meant to be harmless, Noor. It was never meant to be tamed, and you knew that. You knew the ways in which people may sacrifice in the name of love. Because you did the same.

You only always loved two things; your art, and those who inspired your art. And what I mean to say is, that back in the 1950s when it was the first time you were to perform on stage in front of a newly made Pakistan, and you decided to sing “Mujhse Pehli Si Muhabbat” by Faiz Ahmad Faiz, knowing that Faiz was in jail, and also knowing that this may ignite rage amongst the audience and the government, and when the organiser told you to reconsider you refused to sing anything else, and I believe that is a sacrifice for what you love. Your mellifluous voice rose through the venue as you launched into the song — and was carried across the country by Radio Pakistan.

And many hundreds of kilometers to the south of Lahore, 14 people were gathered around a radio in Hyderabad, one of which was Faiz himself, and I can imagine his heart sinking into an ocean of love when he heard his poem leave your soft lips and into a crowd that once called him a traitor.

There is a way of singing a Ghazal and then there is a way to allow a Ghazal to leave the body and be read by anyone who listens to it. And the way you hung each bit of language from the lips of your listeners was not human, it was godly.

And you were a goddess in more ways than you were a singer, you gave hope to the hopeless and life to the dead. Your bravery is still spoken of and perhaps will always be.

During the war of 1965, when death patrolled the country and no one was allowed to go out. I have read that you dared to, I have read that you sat in a radio station and sang for those on the borders, and you cried. And I can imagine how it must feel, to know that an audience will hear only your voice before they die, perhaps be left as a final memory of what it meant to be alive.

There are margins, Noor. Of even love. And perhaps, you and I would never know them.

Once at a cousin’s wedding, a couple who had spent 65 years together were brought on to the stage, the old couple requested one of your songs to be played for them to dance, we all sat around the stage as your song, “Dil he dil mei, sulag k bujhay hum, aur sahay hum door he door” (In our hearts, our love is ignited and then diffused, and we desperately suffer apart) oceaned the air and the petrichor love simmered through the ground as the couple slow danced quietly. As if everything they ever wanted all their life was in this one moment with you. 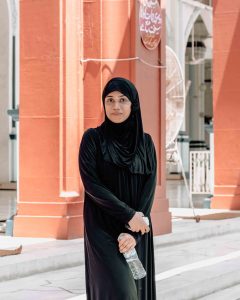 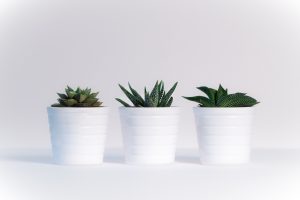 5 Essential Plants for Every Plant Lover

Our Treatment Of The Transgenders In Our Society