There are countless female icons that have coloured our history and left a lasting impression on us with their talent, charisma and presence. Every week, Ammaar – known on Instagram as ammaavocado – will be sharing his letter of love and admiration to some of these inspiring women. This week it’s to the queen of pop herself, Nazia Hasan.

I say beloved & what I mean is that the generation of those who loved and followed you still kiss the concrete of your tombstone, and feel as though they are kissing the hands that made them dream of love.

Nazia, I will begin this letter by quoting you from your last interview in June 1999 for Zee TV: “there are some good days and then there are some very bad days. And I had some very scary moments in between” And although you said this about your cancer, I believe that some part of you said that about love as well. — I will come back to this interview at the end, Nazia. I have things I want to say.

Nazia, you were peerless — not in a general sense, either. I mean that you had no peers, you had no equals. For years, those who tried to live up to your standard fell short, and those who could have honoured your legacy fell shorter.

Nazia, you were not only the first seed of the first tree in the forest of pop music, but you were also the very earth itself. You were the sky all of the other trees grew towards. And perhaps that’s part of what you get when you birth a genre of music, you become immortal.

Anyone who has listened to me talk about music for more than a little bit of time has probably heard me work you, in some way. With gratitude, of course, for the fact that you were still with us, for so long. But also because I know you never got what you deserved, even if you got everything else. I loved you a great deal and this letter hurts a lot.

My favorite song of yours of course had to be Aankhein Milaney Waaley. The love song won you the celebrated Filmfare Award. It was from the album Young Tarang which was the first Pakistani album which had music videos.

It spoke to me on a different level. It taught me how to love someone from a far and dream of loving them up close even if that was not a possibility. It stretches the landscape for love, I suppose. To love, even if you don’t have something or someone to love. And I’ve done that a lot, Nazia. But only once did it feel like magic, like the way described it. It was something I can never pen down, but it felt as if a part of my heart went off into the sunshine in search for her or someone like her.

Nazia, now I want to talk about that interview. That night, the reporter was digging into your soul, asking you questions about life, and love. But you didn’t let her, or, when she dug into the grave of your desire to live and love, there was nothing there.

I think about this a lot, when I think of you, Nazia. For someone who wrote love songs all her life, to not have love for herself is tragic, and jarring.

But you tried. When you were diagnosed with cancer, you did everything that everyone expected of you. You got married, you had a child and then you got divorced. Your brother, Zoheb Hassan, said that your last words were that you wanted to make another album, that you wanted to go back to Pakistan. When I read that, all I thought was that you wanted to live, again.

But sometimes things just get too far out of reach, Nazia. Love and death are both inevitable and unpredictable. We cannot control them. Zoheb also said that you died in pain. I never like mentioning that when I write about you. But like I said in the beginning, there are things I want to say, and so I’m sorry, Nazia. I’m sorry that there was once a beautiful blue sky and then a decade of hard incessant rain.

For the end, as I say goodbye, I imagine you. I imagine you coming down the stairs, wearing a pastel frock and holding a masquerade mask over your eyes and singing your heart with, “Aankhein Milane Wale, Dil Ko Churane Wale, Mujh Ko Bhulaana Nahin.” 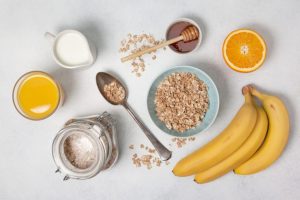 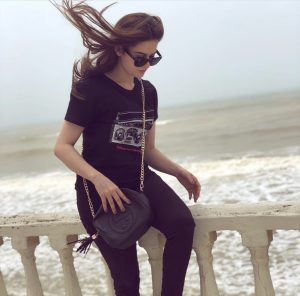 9 Things Every Woman Should Always Have In Her Handbag 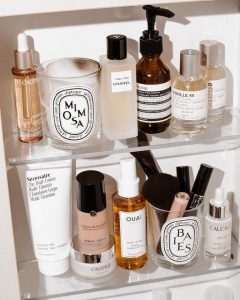