There are countless female icons that have coloured our history and left a lasting impression on us with their talent, charisma and presence. Every week, Ammaar – known on Instagram as ammaavocado – will be sharing his letter of love and admiration to some of these inspiring women. This week it’s to inspiring, strong and beautiful, Muniba Mazari:

I was reading about you and read a quote that said, “We’re all willing to gain but who is willing to lose?” I have always wondered the same. I have always learnt the value of sacrifice and the reward that one receives in return. Sacrifice is mostly a currency, Muniba. At least from where I see it. In relationships with anyone, one must sacrifice for one to gain trust.

I’m not religious but much like you, I am an artist. I am mostly intrigued by stories. A story I once heard from my daado was about Ibrahim, who was once commanded to sacrifice his only son, Ismail in the name of God. She told how this was a test of faith. God wanted us to know that no sacrifice is small in the name of God. As I grew older, I revisited this story, and tried understanding the real lesson. And then I did, It wasn’t a sacrifice for God, or for faith. It was a sacrifice for love. God knew Ibrahim had faith, he was a prophet after all. What he didn’t know was whether he loved him. And that’s why he saved Ismail (his son) to show that he loved him too.

The foundation of our actions come from emotions – emotions that are birthed by experiences. Bravery, morality and fierceness are all born through grief and trauma that builds us; these emotions then push us into a land of unknown where we have to build a world that accepts us as the inadequate and depressing versions of who we are.

I lost my father at the age of 16, and my best friend at the age of 17. Both of which broke their living in my arms. I am not suggesting that my grief allows me authority to speak of such a matter, but what I’m saying is that I know how it feels. I know how helpless it feels to be sitting in a hospital ward waiting for some miracle to make things better, I know how we wish our better days on the days the test reports come in. How the distant but incessant beeping of the monitor keeps us on edge.

I know, I know that us artists have a way of accepting pain and remorse as a way of developing more meaningful and exquisite works, but why do we make this sacrifice, precisely? What closure and peace demands us to bleed through our eyes?

Muniba, you lost your legs, your father and the man who vowed to be with you. After what I’ve read of him, I believe he was a moron to say the least. But you made so much of yourself ever since. For most, or for me, with such tragedies, I would give up. I gave up when my best friend lost to cancer. But you didn’t. You built an empire with your grace, becoming the first wheelchair model, activist, anchor and ambassador of the UN. You lost so much, most of which can never be compensated, but you won the admiration and love of everyone. The true admiration, at least for me. I do not empathise with you, I love you. In its truest form. I love you in the way perhaps very few do.

We lost much more than we were willing to lose, Muniba. We felt robbed, and broken. But you and I decided to always reach for someone next to us, so that they know they aren’t alone here. I reach for you, today. I reach for you to say that I love you. With every inch of my heart. I love you even if some people decided not to.

I love you for who you are and what you’ve done for all of us. I love you for telling me that grief is not strong enough to control us. Loss is not the end point. Thank you for teaching us, and especially me, that nothing can stop us but ourselves. I love you for reaching for those who were anchored in the grief that had swallowed them, and for telling us that we are still here, and we need to make the most of that. 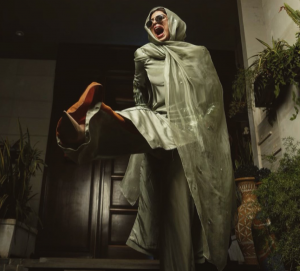 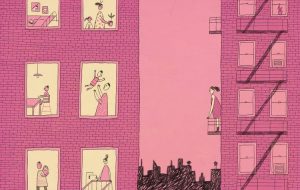 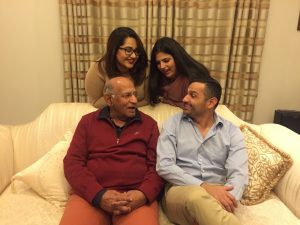 How My Blended Family Made Me More Open-Minded And Tolerant