There are countless female icons that have coloured our history and left a lasting impression on us with their talent, charisma and presence. Every week, Ammaar – known on Instagram as ammaavocado – will be sharing his letter of love and admiration to some of these inspiring women. This week it’s to the pioneer of her own brand – Masarrat Misbah.

In the wreckage of heartbreak and betrayal, or generally the ways in which life undoes us. One finds one’s only means to survival is success, this makes one’s margin for error quite slim and the margin of failure significant.

I know that you are familiar with this, as you too, have seen such sufficient times. In an interview you mentioned the biggest achievement of your life which to many of us may mean owning the biggest saloon in the country or having your own brand and even becoming one. But these are joys only until the next desire is born. Your biggest achievement was nothing of material but of triumph. A woman who criticized you all your life for what you did and how you were, came to your doorstep and asked for your help — and I know how that must’ve felt, to be wanted by someone who thought you were never worthy — I too felt this, but for me it was my own mother, who never believed writing was something that could afford me anything other than a misery beyond my tolerance. Musarrat, one night, like most nights, during a whatsapp chat with my mother, she asked me a simple question which became the biggest achievement of my life, and will always be, she asked, “have you written anything new?” and for a moment, it felt as though she finally accepted my destiny, and me. She reads my works now, Musarrat. She will probably read this as well.

There is another incident in your life that I wish to mention here, for those who have only always seen you as a beautician. And to be honest, I was once like them. Musarrat, let me remind you of 2003, as you recall this and mark the day as the most important day of your life and existence; a burka-clad lady appeared to one of your saloons and demanded to meet you. When inquired, the woman simply asked you to “fix her”. Later when asked what fixing she required you came across one of our society’s most cruel practices — apart from all the other injustices women go through in this country — The woman was a victim of an acid attack and demanded that her face be fixed. Musarrat as you mentioned this in an interview you also mentioned you were shocked. You had no idea if you alone could fight the society and its brutality. This event, perhaps the one God had eagerly planned for you, changed your life instantly. Being a woman of a generous and warm heart, you decided to help the victimized woman. This event brought to your attention, the hundreds of women who lived their lives in angst just because of society and because they were born (undecidedly) women. And your heart began to wonder how they could be helped. You posted an add in a newspaper about the Saloon helping acid victims and a total of 42 women responded. In 2005, you took a courageous step and laid the foundations of “Depilex SmileAgain”. This was a committee that helped acid and kerosene victims, a rehabilitation center for women who had been rejected and unjustly punished by the society. The organization began to facilitate women and helped them regain their beauty again. Many remarried and began to lead normal lives.

And so I concur, in most of these letters, I write in pursuit of resurrecting the love for those who are slowly fading into history. In your case, perhaps my love is very small. Perhaps people that love you right now and forever, hold a stronger love than what you have right now. But I will still say this, I love you. With everything I have, and every inch I will ever afford. 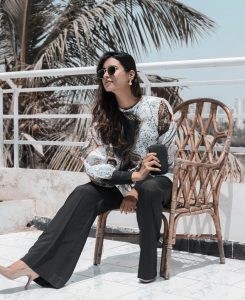 VIDEO: Get Ready With Us For A Summer Brunch 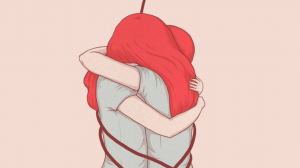 The Importance Of Self-Care 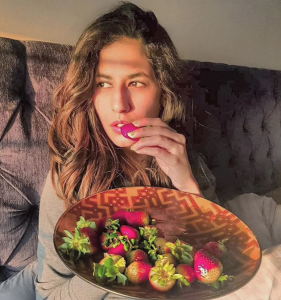 Word Of Mash: How To Increase Your Metabolic Rate