There are countless female icons that have coloured our history and left a lasting impression on us with their talent, charisma and presence. Every week, Ammaar – known on Instagram as ammaavocado – will be sharing his letter of love and admiration to some of these inspiring women. This week it’s to none other than a woman of many talents: Marina Khan.

I find it funny how people rely on destiny so blatantly. How that margin of trust can expand on a landscape where criticism does not exist. And ofcourse there is evidence of destiny being an actual phenomenon. But I do believe it’s funny how someone can love and lose someone, but believe the heartbreak is meant to find us a greater love; how one can also paint their grief as a more calming color when one blames it on destiny. I do too, I lost my father and a few years later, I started saying that it was destined for him to go. I loved a girl with everything I had, but when we parted, I believed that it was destined to end. This absolves us, Marina. This absolves us of any guilt, any sin could ever have us swallow.

Many actresses of the past who I’ve admired are glorious in their own ways, each with their own glitter and their own shine. But for you, it has always been about the way you are reckless and the finesse that it withholds; how you enjoy that more than anyone else. And by reckless I don’t mean being so inadequate that whatever you do, and how ever you do it, you end up being swallowed by an imbroglio. But what I mean is, that you listen to your heart. You always have. But I will speak of that in the end.

Marina, your breakthrough was in the 80s with Tanhaiyaan. I hate saying ‘breakthrough’ partly because it implies that some dumbluck got someone to imprint their mark on history, and so I won’t use that for you, instead, I would say your path to becoming the greatest of your time had begun from Tanhaiyaan—a path that was hard but assuring, unpredictable but also destined— which did not make you, instead, I believe you made it. The thing is, we never imagined anyone else as ‘Sanya’ and so perhaps that was also meant for you.

Let’s move to your reckless part, Marina. I’m not sure if you’ve heard of Bruno Mars, but he’s a very popular R&B artist of the west, he once said a line in an interview that broke me but also gave me hope—like someone gives you a hint when you’re making your puzzle, and for a brief moment you believe that you can surely complete it now—he was talking about his song ‘When I was your Man’ a song he wrote for a girl he let get away. He said, “When there are no safe bets, that’s when I feel my blood move.” and ofcourse I felt this on a more personal and deeper frequency. And perhaps you did too. Marrying a person who was not ever imagined for you by those you loved. In this pursuit of loving someone, we fail to realize the best thing we wish for them may not be what they desire. And perhaps that’s why you loved Jalil. That’s why you decided to go against every possible conflict to be with him. Your parents didn’t speak to you for a while—and I know how restless the heart can get in moments like those—but you knew that you were in love. You had found what most people die yearning for. You found Jalil. There was no safe bet in your story either, but that’s why it was so exciting. 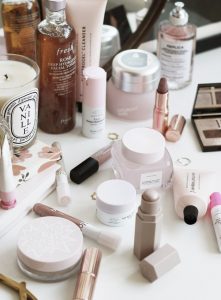 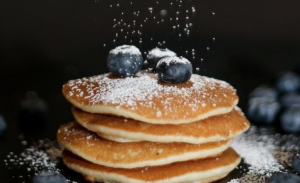 One Pancake Recipe In 3 Ways 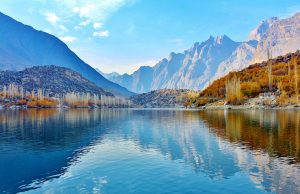