There are countless female icons that have coloured our history and left a lasting impression on us with their talent, charisma and presence. Every week, Ammaar – known on Instagram as ammaavocado – will be sharing his letter of love and admiration to some of these inspiring women. This week it’s to the young and brave activist, Mahnoor Ali Syed.

I’ve come to realize that no one ever decidedly becomes an activist. It’s not an ideal career choice, it is instead, something that calls the demons to you. For each activist I’ve known, or feminist activist, if I may, There’s always a gut wrenching backstory—not always personal but societal, when injustice stains every piece of clothing that someone owns, they wear their flesh loud, scaring away the filth once and for all— and each backstory has its own agony, its own hopeless—helpless moments.

I know you. I know the ways in which you have been rendered to being who you are. I know that you always questioned the ways you were treated. You fought for your justices—smaller battles leading you here; to the war. Mahnoor, one of the foundational notions of nonviolence is that in order to be respected, one must behave well and abide by the social contract: work hard, follow the rules, and prosper. But one could not prosper in a game where one was the only one expected to play by the rules.

Yesterday, I read column after column on a 13 year old girl named Arzoo who was raped and then forced into marriage with a 44 year old. Earlier this year, I helped a 12 year old girl, who was raped by her stepfather and uncle both financially and legally, even though she lived over 1200 kilometers away in a small area in karachi called kurangi. After the perpetrator was prosecuted, and she was provided the necessary compensation, we talked on call. She called me Bhai, Mahnoor. And for some reason, my heart drowned in such gratitude that I will never be able to describe it. I tried writing about it a few times, but I just can’t put it into words. She had the sweetest voice, Mahnoor. And to imagine how she screamed for help with that same sweetness.

Mahnoor, you’re empathetic and more. Empathy, at its core, is about feeling, and feeling is a bridge that can lead one to action—but in the absence of other, stronger motivations to complete the framework, empathy alone is a flimsy bridge. For example, why did not every woman in Lahore come to the domestic violence protest, where we last met, considering that Eman’s post alone had over a thousand likes. I’ve realized that there isn’t much use for empathy, unless the lives in question mirror those of the people who are still safe and sound in their homes.

There is empathy, and then there is kindness; one is an emotion, and the other demands an action. Empathy is something that can wash over the body and make us feel satisfied, reassured to know that we’re still capable of the altruistic emotions, though not really required to do anything beyond feeling it. It is a worthwhile starting point toward understanding the suffering of another, but it’s important not to conflate the reassuring feeling of empathy with the discomfiting experience of compassion that results in kindness.

Mahnoor, now I will say a bit about Haider, and how you ignited a movement for those who were still silent about their traumas as their harassers flaunt their ‘body scores’ with their friends. I feel that there’s not much I would comment on this other than that this was when I truly fell in love with you. You knew that the world you and your people lived in was not trustworthy enough to be told such a secret and so you created a new world; where people strived to be like you, empathetic, and beyond. To not just feel for someone, but to spread the word to save others. I love you for this, truly and completely.

In this time, when ‘time was up’ I saw girls being asked to silence themselves, but your world and your vision for that world assured that they don’t have to be. But silencing someone is just so ridiculous when I think of it, it’s funny how that works. The people who have the most justifiable anger, the most rightful case for rebellion are the ones most frequently told to settle down, to embrace nonviolence. They are the ones told to follow the example of the women who died silent, with their cheeks stained of the violence their husbands let them bear.

But enough with fighting. In our last conversation I asked you about love. I asked you about that which gives you happiness. Quoting any part of that conversation would be immoral and would make me a journalist, I am not that, I am your friend. And so all I will say is, that the glow in your eyes when you told me about love and when you told me about joy both made me wish you every inch of joy I had for myself, it made me wish all my shooting stars for the days you wish for love in its absence.

Keep Up With Your Ramadan Style Game In Quarantine 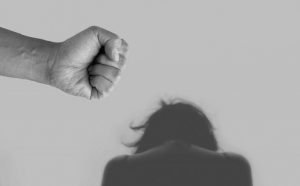 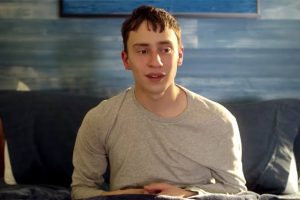 The Netflix Shows We Are Binge Watching Right Now