There are countless female icons that have coloured our history and left a lasting impression on us with their talent, charisma and presence. Every week, Ammaar – known on Instagram as ammaavocado – will be sharing his letter of love and admiration to some of these inspiring women. This week it’s the woman who has been donned a literary feminist, and rightfully so – Ismat Chughtai.

Apa, I’ll talk about Lehaaf at the end. For now, I’m just going to talk about the ways in which you built the pillars of Urdu Literature along with your colleagues and friends, Krishan Chander, Rajinder Singh Bedi and of course your closest friend Saadat Hasan Manto.

When living in Bombay, and when the sun of two new nations began its slow climb over the blood-soaked sky of the subcontinent; You and Manto were the ones who received the threats and unnamed letters threatening to kill you and your family. Manto left Bombay of course, soon after, but you didn’t. Because for you, it was your city. And I see this as a sacrifice.

Apa, you were not just known for your vast vocabulary of Urdu but also known for your acerbic and trenchant prose, piles of acutely observed short stories that lay bare the hypocrisies of middle-class Muslim society in pre- and post-Partition India.

Apa, you were also a woman for women of the subcontinent. Challenging the norms of society and making women dream of the possible freedoms they can afford but the journey they have to conquer. A few days ago, Aapa, a woman was pressed into the soil of my country and was raped in front of her own children under the same blood-soaked sky you once walked under, by two men who their own mothers wished dead.

Aapa, I’ve tried to not read the articles and not watch the news but I’ve learnt from you that for a writer to be silent means to be dead.

Aapa, the incident was so heart-wrenching that the entire country was soaked in tears and vengeance, wishing the worst death to those who committed this unforgivable sin.

I have been finding myself explaining to people more and more how I distinguish between my work as a writer and my work as a protesting writer. And it’s been difficult to say how I need to write things as they are, and as they may best be consumed.

Aapa, I’m sorry that I failed to carry the legacy where you built a future for those who truly wish freedom upon themselves. And I’m also sorry for losing sight of what was meant to be spoken of and what wasn’t.

Today, we are not free, we are frightened. We are soaked in grief and are holding the people we love close to our chest.

Now, I will briefly talk about Lehaaf. And I will begin by saying that I wish I wrote what you wrote in the time you wrote it. I wish I saw you writing it. I most admire the way you wrote about a community that had not yet been born. And perhaps that’s what they mean when they say you were ahead of your time. I write this as a member of that community saying that if I ever meet you in the hereafter, I will kiss the fingers that wrote it.

I see Lehaaf through more than one lens, I see it as a way of showing what a woman needs to survive when no one cares about her existence. Begum Sahiba was not just a woman who desired, but she was also a woman, whose desire was choked and for which she compromised for whatever she could afford.

I see you through a lens where you are an immortal Goddess, I see you as someone who lives in the unison chants of the women who are fighting for the freedom you had them dream of, they have set out on the journey you wished them to conquer. 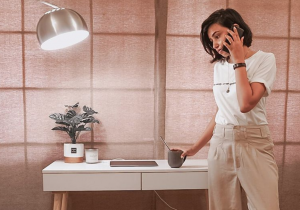 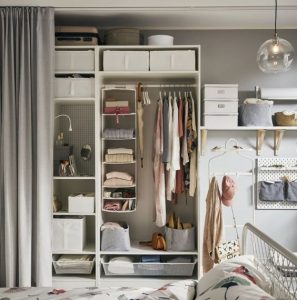 6 Basic Pieces You Need In Your Wardrobe 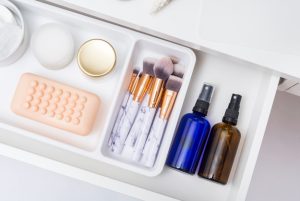 How To Effectively Store Your Beauty Products