There are countless female icons that have coloured our history and left a lasting impression on us with their talent, charisma and presence. Every week, Ammaar – known on Instagram as ammaavocado – will be sharing his letter of love and admiration to some of these inspiring women. This week it’s to a woman with many talents and who is a household name – Fatima Bhutto.

There are some things about artists that people usually don’t notice. These things are like fangs; extensions of the art the artist births. For our kind, Fatima. Those extensions are our experiences; that which we saw and felt and then gave word to. For our kind, the idea is to immortalise a moment we love or we think is worth immortalising, but we pay a price for it, Fatima. We pay the price for writing some moments more beautiful than they really were.

The price we pay is that we must also remember the moments we did wish ourselves alive in. I cannot write about my lover without also writing about how my lover left my heart on the asphalt outside of an ice cream store when she didn’t show up at our date.

Fatima, most people know Leonard Cohen only as a musician or a singer. Some also call him a legend, but what most people don’t know is that he was also a lover. He loved a woman named Marriane Ihlen. They met in Greece briefly after which she returned to her native Norway to find out that her husband had abandoned her. Fatima, I take issue with the word “muse” when it is attached to a woman who has been extensively written about by a man — as if she serves no other purpose or is not regarded as anything else. Marriane and Leonard built a small life together, atleast as much a life one can build from afar, with various infidelities and across oceans. When Cohen traded writing poems for writing songs, Marriane appeared on the back cover of his second album, Songs from a Room, in the photo Marianne is sitting at the desk in a bedroom, with her fingers on a typewriter, wearing nothing but a towel.

As his career excelled, his relationship with Marriane began to dissolve. The distance became too far, and the love became too far out of reach. He wrote songs about her: “Hey, That’s no way to say goodbye,” “Bird on the Wire,” and “So long, Marriane” the letter a slow pour of heartbreak that stretches long and dark. This is how someone becomes known only by what their love has inspired in the heart of someone else. Cohen and Marriane stayed in touch, writing letters and visiting whenever love and time would allow.

In July 2016, Leonard received an email from a close friend informing him that Marriane had been very sick. Soon after, he found out that she was diagnosed with cancer, and did not have much time left. Leonard immediately wrote her a letter, which his friend confirmed that she read before she was undone. I’ll quote a part of that letter at the end to conclude this love story.

Fatima, our kind lives for these experiences. We build our world in moments that are brief and fleeting. You wrote your first bestseller about your father’s life and assassination. And I can imagine how grief must have spilled from you; how it painted page after page of that book.

Here’s an excerpt from Cohen’s letter:

“Well Marrianne, it’s come to this time when we are really so old and our bodies are falling apart and I think I will follow you very soon. Know that I am close behind you that if you stretch out your hand, I think you can reach mine. And you know that I’ve always loved you for your beauty and your wisdom, but I don’t need to say anything more about that because you know all about that. But now, I just want to wish you a very good journey, Goodbye old friend. Endless love, see you down the road.”

The story goes, Marrianne laughed at the part where she was told to stretch her hand to reach for him. The story goes that in that moment, she reached up to the sky and felt as though she touched Cohen one last time. 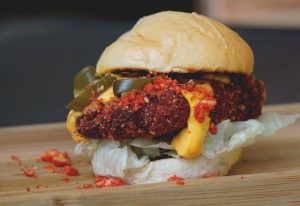 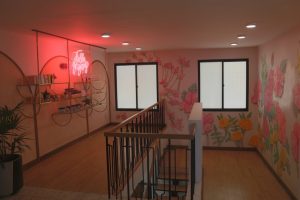 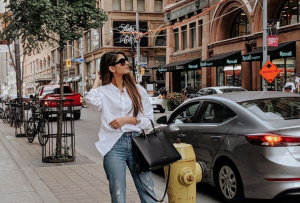 7 Handbags That Are Perfect For Work