There are countless female icons that have coloured our history and left a lasting impression on us with their talent, charisma and presence. Every week, Ammaar – known on Instagram as ammaavocado – will be sharing his letter of love and admiration to some of these inspiring women. One such woman is our first ever female prime minister: Benazir Bhutto.

It may be hard to believe, but as I write this, I am thinking of the margins of sacrifices I’ve made for the people I have loved. But perhaps nothing could ever be compared to yours.

I saw your interview with Stina Dabrowski where she asked you about love, and you paused, and then continued saying that it meant ‘sharing and caring, and to have someone to count on.’ You said love does not depend on a person, true love is within us, but still, I imagine you wringing your hands together & hoping that the people you have loved cut through the night & walk into your arms.

I appreciate that about you the most, the way you kept your grief personal. You never depended on others’ comfort, instead, you accepted the grief, you let it live within you.

Benazir, your sacrifices dismantled the patriarchy, it dismantled a system that fundamentally oppressed women and considered them only worth marriage. But then you enabled those women to dream beyond the concrete walls of their homes, you gave them identity and hope. You, were hope to all of us. That phrase may not seem as heavy as it is, but back then, some girl somewhere watched you on television, and wished herself Benazir Bhutto. And perhaps that adds weight.

I met you, once, at Gymkhana. We shaked hands, you pinched my cheek. I remember your grace, I remember the warmth of your palm. I remember your smile. I’ve met influential people in my life, but you were something different. People admired you, more than they envied you. The difference between admiring and envying, Benazir. Is that when you envy someone, you strive to become like them, and have what they have. But when you admire someone, you accept that no greatness can ever come close to what they’ve done. And so when I say people admired you, what I mean is that they never imagined anyone parallel to your greatness.

And now this is the sad part of this letter, Benazir. This is where I talk about your final sacrifice, your assassination.

On October 18, 2007. You arrived back to the soil of your father with a dream to make this country worth living for everyone. Upon your arrival, thousands of people came to receive you; chanting your name and then the name of your father and the legacy it withheld. There’s a video of you feeling so overwhelmed by the love that you began crying. Ever since, you were more motivated than ever to lead this country to glory, you saw past comfort and rest, and worked tirelessly to assure that people saw the same dream as you did for Pakistan.

On December 27th, 2007. Like every time since your return, my mother had taken over the television to see your speech from the rally in Rawalpindi. A smile spread across her face, she tightly grasped the remote with both hands and kept repeating how beautiful you looked in your blue jora. Everyone in the house knew that this was the one time my mother would not compromise for anyone to watch anything else. She was a diehard fan of yours. (diehard is a term we use these days for someone who is crazy for some celebrity) And so, my father grabbed his newspaper and went into the lawn as the speech began. I went to play with the gameboy in my bedroom.

And then suddenly, we heard her scream at the top of her lungs, as if someone had pulled her heart out of her chest.

All of us rushed to the living room and found her gasping for air as she recklessly wept, pointing at the television saying “they killed her!” I remember watching my mother sob into my father’s arms as if something was stolen from her forever. Your passing plunged the entire country into sorrow. Streets were pooled in tears and the air echoing the chants of your name.

In your interview with Stina Dabrowski, she asked you if you feared death, and without hesitation and with a smirk on your face you said, you didn’t. You said that it is a continuation of life, I don’t fear it. I do fear death, Benazir. I fear it not for what may happen after, but for those I love who will be left behind to the living. I guess you had no one left.

I am not strong like you, but I am compassionate like you. In this same interview, Stina asked if you would be born a man if you had a choice and you said no. There is a pride in saying that you are the first female Prime Minister of Pakistan, there is a joy in knowing your existence makes people dream. 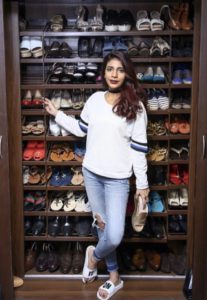 5 Shopping Lessons You Need To Learn in Your 20s 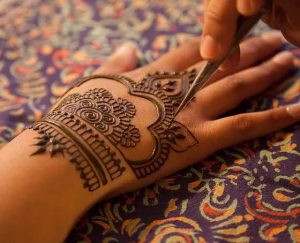 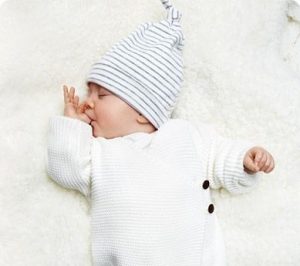