There are countless female icons that have coloured our history and left a lasting impression on us with their talent, charisma and presence. Every week, Ammaar – known on Instagram as ammaavocado – will be sharing his letter of love and admiration to some of these inspiring women. This week it’s to Mallika-e-Ghazal herself: Begum Akhtar.

I know the ways in which someone can fall into a dark room where everything is a reminder of their emptiness. When I was young, after two or so funerals, I began to imagine this process as a type of gift, a mercy for someone who’d lived and now got to see whatever awaited them on the other side of life’s end. I imagined the swiftness of the funeral as a service to the dead: to spare keeping them here with our grief, and instead to send them into the waiting arms of heaven, where they are not mourned but welcomed—some endless sky where they sit and wait for everyone they’ve ever loved to join them, where the years feel like the mere passing of minutes, and minutes pass in the blink of an eye.

I want to talk about my favorite Ghazal of yours, but I will save that for the end.

Begum Sahiba, in an age when one may not be allowed to taste most meals and beverages, you were fed poison by your own–the betraying hands of someone pouring death into your trusting lips and your sister, Zohra– the story goes that when you woke up in the hospital, and asked about your twin sister, you mother told you that she had gone to “Allah Mian k Ghar” (God’s home) this is also something I was told when I buried my father. This phrase is both jarring and demands a surrender to whatever is bigger and ethereal than what you can imagine.

After she told you this, she handed you a handkerchief, saying that it belonged to Zohra and asking you to take care of whatever you have left of her. Begum, for me, it was my father’s sweater. It’s been 6 years since he left, and I can still smell his scent in the sweater.

Depression became your solace after Zohra. In an age when other girls wore dresses and skirts, you wore grief. They say that after Zohra you went quiet, afterwhich your mother began your Taleem (training)

Bibbi your taleem (training) was tinged with sadness. You would keep Zohra’s handkerchief next to you and hold on to it when the riyaz (practise) got tough. Your voice soared into a wail. Mushtari (your mother) did not stop your heart from crying. Melancholy was opening your vocal chords.

Soon you were performing in mehfils and on stage in bit roles as an actor. Your stage career was stalled after a king from a city in Bihar raped you. You were only a girl when you became an unwed mother. To shield you from shame, Mushtari told everyone that she had given birth to the newest member in the family. A girl they named Shamima.

You sang a khayal, a dadra, a ghazal on All India Radio felt like the mic was an apparatus resuscitating her with good health.

You wept at the end of the recordings, strongly clutching Zohra’s handkerchief as if it was her sister’s hand. You sniffled, wiping your nose with the same handkerchief as a source of relief.

Now the song of yours that I love most. After my father’s passing, I found two things from his writing table, a journal and a cassette of your ghazal, “Wo Jo Hum Mei Tum Mei Qaraar Tha”

The journal consisted of how he loved a woman once and who left him for a life that was loveless but luxurious. And with that journal was your Ghazal. My father would listen to this on his worst days, as a child, I would never understand what the Ghazal meant, but I would see my father crying into his palms as your voice would ocean in the room. He would turn the lights off so that I could not tell if he were crying but whenever he would reach for the tissue box, I’d know that the wounds of his heart have been reopened.

Now, that Ghazal, serves me. And so perhaps much like Zohra’s handkerchief, your Ghazal gives me some closure, laced with the scent of hope. It reminds me of those I loved and lost, and those I will love and lose again.

I have wished grief to no one. But for you, perhaps God gave you more than what he took from you. They said that your voice was so painful that it could bring back the dead only to be broken once more. I wish that pain for myself. I wish the betraying hands of love to pour grief into my trusting lips as I hold a lover’s hand and your Ghazal spills into my heart. 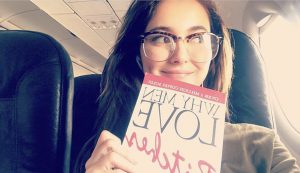 5 Books That Prove We Should All Be Feminists 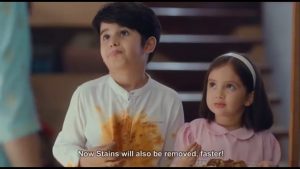 Word Of Mash: How To Get Rid Of Stains 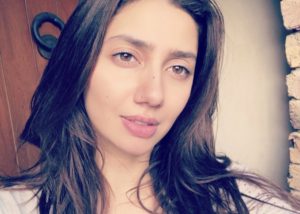 Word Of Mash: A Cure For Cracked Lips?