Joker And Its Powerful Message On Mental Health

DISCLAIMER: The following article talks about mental issues, such as depression and anxiety, and contains spoilers for the film, Joker. It contains details that will ruin the movie for you.

‘The worst part about having a mental illness is, people expect you to behave as though you don’t’.

This is what Arthur – or the Joker as he later prefers to be called – scribbles into his journal. It’s a sentiment that many people with mental health disorders can identify with. They’re expected to maintain a certain degree of normalcy – a normalcy that society feels is integral in order for us to be a part of it. But not every illness or disorder can be managed so easily. After being tormented, beaten, ridiculed and abused for having a neurological condition that causes him to laugh uncontrollably ­­­­­– often at the wrong times – the Joker eventually lashes out in the worst way possible.

While watching the film, it’s easy to feel for Arthur. Shahrukh Malik, our resident therapist who’s been trained in humanistic integrative counselling, says that what stood out to her in the film was the “lack of basic empathy and compassion towards the Joker. The most he received was this sense of restrained tolerance from those who interacted with him. The world around him was unkind, judgemental and constantly telling him that he wasn’t enough.”

It’s no wonder then that Arthur begins to feel as though it’s him against the world. Even when he has good intentions, such as trying to make a kid on the bus laugh, he is shot down. The world around him truly is ruthless but it’s a world with very real problems. Bullying and abuse are something people face on a daily basis. We are, unfortunately, so desensitised in our behaviour to each other that we don’t stop to think of the consequences of our actions. A movie like Joker, though, makes you stop and think. It can help start a conversation that really needs to take place ­– how our actions directly influence someone’s mental health, whether adversely or positively.

The film makes you feel torn on how to react to the Joker. Is he a victim or is he evil? He has a medical condition, but also suffers from a mental illness. This, coupled with factors Shahrukh pointed out, such as his low socio-economic status and lack of support, make his character even more complex. But people really do have these many layers. The important question we need to ask ourselves while watching the film is this: Is mental health an apt justification for doing terrible things?

If there is one thing we should take away from the Joker it’s the impact of small acts of kindness. Arthur creates a whole fantasy in his head involving his neighbour, just because she gives him a little attention in the elevator. He kills one of his colleagues, Randall, but lets his other colleague, Jerry, go because he is the only one who has been nice to him. He might have turned into a psychopath around the end, but he is still able to make a distinction between who has been good to him and who hasn’t.

As Shahrukh said, “More than anything, we need to understand and accept that there are those who are different from us, who do struggle with issues beyond what we might be familiar with. In those times, it’s important to be compassionate, to hear someone’s story out, or to show them a little kindness because it goes a long way.”

We need to take more responsibility for our actions. They aren’t limited to just us and should not be treated as though they are. If we cannot do something for someone, the least we can do is be kind to them with words. If even that’s difficult, for whatever reason, we need to practice restrain. Restrain from making snide remarks, restrain from making others feel like outcasts and restrain from feeling superior to someone, simply because our experiences are different from theirs.

The power of listening is also something that is ignored and neglected daily. Arthur tells his social worker that she never listens to him, despite all his negative thoughts. It is quite literally her job to actively listen to him, but she fails to do so. Lack of support for mental health issues and a lack of funding for such institutions is common throughout the world, but even more pronounced in Pakistan. With that in mind, I asked Shahrukh how she thinks this affects our quality of care, considering the limited spaces available for those seeking help.

“As far as Pakistan is concerned, while the community of mental health practitioners is expanding gradually, it’s still in a place where it isn’t accessible to the masses. The dialogue of mental health awareness still has a long way to go. It’s important to start with bringing awareness and attention to mental health, and even the way we speak to one another. Bedside manner, empathy, compassion, understanding, warmth; these are all qualities that make the biggest difference.”

The Joker himself does not wish to start a revolution, but he inadvertently does so because there are so many people out there who feel just as helpless and lonely as him. It is our duty to help them, to create spaces that allow them to get treatment and to listen. Mental health is a lot more serious than we take it. And while Joker might just be a movie, it is a movie that should make us want to do better. 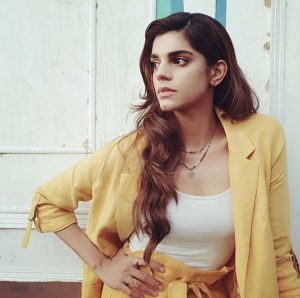 Sanam Saeed Answers Our Burning Questions On Our Hot Seat 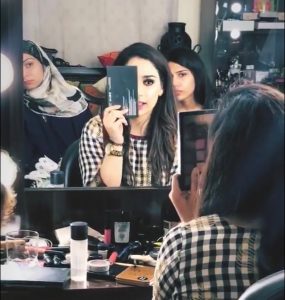 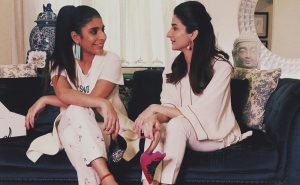 VIDEO: How Many Shoes Can Alishay And Samiya Try On In 60 Seconds?