Innovators In Focus: Swinged – An E-Commerce Space Set Up By Women For Women

We believe that businesses should be supported, encouraged and celebrated. That’s why every month, we are going to choose a business that we feel deserves the limelight. Keep reading to find out more about the startup for this month and the innovators behind it – let’s all lift each other up:

Swinged is an exclusive community-led marketplace for women entrepreneurs, creators and designers. It’s a platform for women set up by women and especially caters to women entrepreneurs who have set up small-scale businesses, but don’t have the time or resources to handle the logistics of it. Swinged provides you with a website to sell your products, training for how to operate the system, marketing, customer support, content creation and the best part? It’s commission free! All you have to do is pay a one-time subscription fee. It’s the ultimate support system for the boss women of today and if you are as excited to learn more about it as we were, scroll down to read our interview with the founder, Nida S. Fahad:

What is the aim behind Swinged?

The aim behind Swinged is to help women build their dreams. It all started with the Facebook community – “Superwomen of Pakistan”, which extended to the e-commerce platform, known as Swinged. Swinged aims to empower, uplift and provide an ultimate solution for the micro women entrepreneurs and aspiring entrepreneurs in Pakistan.

Within the SWoP community, I found a huge problem that female micro-entrepreneurs face with their daily business dealings. Social media has the incredible power to influence, market and spread the word. However, unlike commercial businesses, they do not have a strong customer support team. Buying and selling via social media’s direct messaging tool becomes difficult, for example the constant price bargaining becomes bothersome for the sellers. That’s where Swinged plays its part; it provides a direct and professional online purchasing experience for small local businesses. No more hassle of DMS/price bargains!

Swinged is a simple, beautiful web app that looks great to the eyes, has customer service that minimises the back-and-forth communication, has a logistics partner onboard, and a direct audience where sellers can advertise and reach their target market.

Where does Swinged the name come from?

When you lift women, you lift the whole society and humanity. The community is built on the core belief of lifting each other, and we wanted a name that resonates with its values of bringing a long-lasting change. I wanted to incorporate ‘swing’ into the company’s name, which literally means to “lift higher in the air”. We also wanted the name to have initials S and W for the Super Women effect. Hence, Swinged came about.

Also, S.w.in.g.e.d also stands for Super Women In Global Economic Development, which was completely incidental! But we have to agree – women play a vital role not only in our families, but in the economy and the pandemic proved this trickling effect more than ever. The entrepreneurial demographics are stretching beyond gender and we want all the entrepreneurs to swing higher than ever!

What are the exact services that Swinged offers women entrepreneurs to help them set up shop?

Swinged is a community powered e-commerce marketplace and offers the following services:

All one has to do is register – leave the rest to us!

How did the startup operate initially? Is it different to how it functions now?

We’re still very much in our initial phase. I have been bootstrapping Swinged since its inception so we haven’t raised any funding yet. I am very proud of that. We are a team of four women, who work from home but very dedicatedly so. Initially, we started out only for original businesses, made in Pakistan, and imports. But now we’re open to resellers as well so we can cater to all kinds of businesses that women are doing in Pakistan. We also started out just in Karachi, but now have started delivering nationwide! We’re also planning to introduce new subscription plans for sellers in order to have more variety because our biggest motive is to make Swinged as design friendly and as feasible as possible in every way. We are also planning to bring commercial brands on board which are women-centric.

What are some women led ventures that Swinged has helped launch?

Swinged has helped launch many ventures that  joined us in their initial phase. Some of them include names such as Ginger Your Kitchenstore, Sharmeen’s Artistic Impressions, Dija’s and Incarnated and Merak.

This has been the experience of some of them so far:

Swinged isn’t just a buying and selling platform but a community working towards women empowerment in all aspects. I have found like minded women to bounce ideas off, discuss, brainstorm, and form collaborations with. (Riffat Alam, Mehrunnisa Founder)

Swinged.co has changed the game for women entrepreneurs. We saw commissions everywhere but swinged.co brought a subscription which allowed every woman to enjoy the  fruit of their selling. Best part is they provide training for everything and they have a huge community “Super Women of Pakistan” which allows us to market our products. In short, swinged.co is all in one package that every woman should avail. (Tooba Syed, Unique Stationers)

Working with Swinged since it started has been a delight. We really want to thank them for all their assistance and also for the way they have always addressed our concerns despite being a startup which actually made our work easier for us. The way Swinged maintains all the communication and coordination during the entire project is really commendable. Their entire team is extremely professional. Work actually turns out to be great only when there exists a mutual understanding between the two parties. Team Hode would like to extend a heartfelt appreciation to team Swinged for being such an understanding business partner of ours. It’s a pleasure working with them!  (Khadija Ahmed Khan, HODE)

The most interesting thing about Swinged is that it is by the women for the women. It’s been a great platform for home based sellers. We’ve been getting recognition through their platform. The Swinged team, totally composed of women entrepreneurs, is very dedicated and helpful. They’ve actually trained their sellers for the entire process. Things are constantly being evolved and being better. All the sellers are also connected to each other and it now feels like a community, a family. Good job! (Najia Siddiqui, Heavenly Stationery)

Swinged has a perfect team which gives a boost to our business. Nida is very helpful with all the queries and has always accommodated us in every way possible. Alhumdulilah we have gotten a lot of exposure after setting up our E-store on Swinged. (Rabia Fawad, Tortoys.pk)

In what way do you feel that Swinged has personally impacted the lives of women entrepreneurs?

I feel that with Swinged, women entrepreneurs have less things to worry about and more time to focus on the quality of their products. An average Pakistani woman entrepreneur has a lot going on and several things to look after: her home, her kids, the kitchen, and then production of her products if they are handmade, procuring items she requires, talking to suppliers, packing, getting an effective courier company and delivering the product to her customer. And of course along with all this she is also required to communicate with her customers and potential clients, finalise offers, bargain dealings etc. Swinged promises that a seller does not have to worry about logistics and the customer service – we fill that gap for them and lessen their burden.

What are some women that personally inspired the creation of Swinged itself?

I witnessed my mother always doing things she loved and found joy in. She was an entrepreneur herself, she designed clothes and always had the best collection at her home boutique. Although I was very young at the time, I still look back at her struggles and how she stood tall in front of the hurdles in her life or in her business – always headstrong and determined. As a young mother myself, I know exactly what it’s like to be a working mom, and how important it is to feel empowered in my skin.

My late mother in-law as well always encouraged me to work if I want to, and because of these women, today I feel the need to empower the women of my country. Swinged allows me to finally do it the right way.

Where do you see Swinged heading towards in the future?

I see Swinged as an ultimate solution that every female entrepreneur can count on for their business requirements. We started off with Karachi only and I’m so happy to share with you that we’re finally expanding our operations! We will now be taking sellers from major cities of Pakistan and delivering nationwide with the help of our logistics partner.

At Swinged, every team member is there with their own will and we all share a common goal: to empower women entrepreneurs of Pakistan and hopefully Inshallah one day, expand to other countries as well. 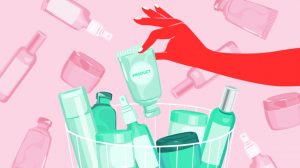 In The Beauty Light: Retinol 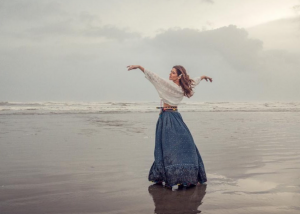 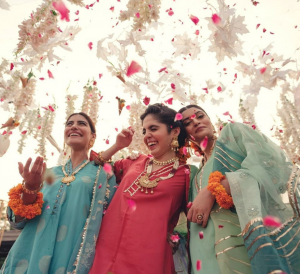 Outfit Inspiration For Every Wedding Event You Have To Attend