In Conversation With The Founder Of Soul Sisters Pakistan

Kanwal Ahmed is the powerhouse who started Facebook’s renowned group, Soul Sisters Pakistan. Founded by Kanwal in 2014, Soul Sisters Pakistan provides an empowering platform to 252k South Asian women from across the globe. From pouring their hearts out about life’s traumatic events, to celebrating the dreams they have determinedly achieved – Soul Sisters Pakistan is a safe haven where women belonging to all walks of life unite and become one another’s strength. Kanwal’s influential platform constantly reminds its members that ‘We are not alone. We are all in it together’.

As a testament to her hard work ethic and commitment, Kanwal was invited to attend the ‘Facebook Community Leadership Program’, where she pitched her idea of initiating a web-series. After successfully receiving the grant, ‘Conversations With Kanwal’ manifested. The show aspires to bring forth inspirational stories of women that would not only positively impact viewers, but also shed light on social issues which are often deemed as ‘unimportant’ or the ‘norm’, and in turn, brushed under the rug. In a reversal of her show, scroll below for a conversation with Kanwal about Kanwal:

We've got the most incredible love story on #ConversationsWithKanwal today. Link in bio! 🥰

Q. Every empowered woman was once a little girl – tell us about those days. Did you always know you wanted to help out in this way?

“I think a lot of things shape us as we are growing older and for me, it was through being consciously aware of what I witnessed around me. As a child, I can vividly recall incidents and ‘adult conversations’ that made me look at things the way I do now. For example, seeing child marriages of a cousin, as well as of a friend in school, made me question how it was okay to marry off 16 year olds to older men before they were even done with school, or old enough to understand the situation they were being forced in. I have been blogging since early 2000 and I’ve always written about the things I feel strongly about. That’s helped me analyse those situations, as well as give direction on how raising our voice, even if it’s just on the internet, can change lives.”

Q. How would you define the true essence of an empowered woman?

“I think an empowered woman is one who believes in herself and her abilities. That’s why the way we raise young girls makes such a massive difference on how they view themselves and the world around them. Putting the entire focus of a young girl on the way she looks or putting her in a box of societal expectations, is what conditions her to think less of herself; less than what one can truly be and away from our authentic self.”

Q. As a mother yourself, which parenting tactics do you use that other mothers can follow to instil the concept of ‘gender equality’ in both their daughters and sons?

“To be honest, I’m very casual about parenting and I wouldn’t say I have a technique or methodology about it. But what I have done and decided for the future is to let my daughter be herself, without the pressure of what her parents think she should be. Of course a lot of parents have expectations from their children and that’s only natural, but I don’t think it’s fair to impose those expectations on our children. So while we can guide them on what we think is right, as free humans, they should also have the right to question those choices and make their own, especially as they grow older and enter the more critical stages in their life.”

After almost 6 years of building a community one of the most significant learnings has been that bitter comments (popularly known as trolling) often come from a place of pain. You see, negativity used to seriously affect me because I internalized it in the past. But now, I've learned to use it as motivation. To propel my work. To be more focused towards the good that I want to do. And to use trolling to understand the deeper issues in society. So that I can fix them! Because people like you and me, who want to use their voices for good, CAN take away the pain. We CAN change the narrative. We CAN build a better world. #ChaloShuruHojayein #TrollingIsACryForHelp

Q. You’re the admin of a renowned Facebook group which brings forth the tragic stories of women. After a tedious day of reading such stories first hand, what are some ways you focus on self-care to revive your mental health?

“This is a great question and I’m embarrassed to say I’ve not been very kind to myself with regards to self care. Although in retrospect, I wish I had. A friend who is a psychologist once told me that I should be spending at least some time during the week recuperating from my job because it is so emotionally exhausting. So now that you bring it up I think maybe now would be a good time to take that advice seriously. Because if I want to continue being around for other women, I also need to be around for myself!”

Q. Pakistan’s drama industry has a knack for highlighting prevalent social issues regarding women. Which drama do you believe has succeeded in doing so, and what are some dramas that should be on our must watch list?

“A drama I really love is Zaibunnisa – I think it was released in the early 2000s and directed by Sahira Kazmi. I watched it with my nani on her sofa. It revolved around domestic violence and was quite a progressive piece, much unlike what we see in dramas currently unfortunately. A more recent drama that I enjoyed was Aakhri Station. Sarmad Khoosat as well as the entire cast did such an incredible job shedding light on social issues.”

Q. What would you like to say to all the girls and women who are being told a blatant ‘no’ as they strive to achieve their dreams?

“I would say reach out. The world is so much bigger than we are often made to believe. Reach out to someone who may help you find your voice – if there’s no one in your circle then find someone online. Spaces like Soul Sisters Pakistan are made so that we can feel safe and find the people who can turn the ‘no’ we hear to a definite ‘yes!'”

Extremely humbled to get the opportunity to address 200+ Facebook Employees at one of their most significant meetings at the Facebook Headquarters in Menlo Park! To share the impact Soul Sisters Pakistan has created, to show the love Conversations with Kanwal is getting, to get them to listen to our side of the story and to hear appreciation in the sound of applause. I'm grateful to get the opportunity to represent us on international platforms - to show what we are made of, to put a piece of us on the digital universe. At the end of the day ALL of OUR conversations matter. Because what may seem like "just a Facebook post" in the grand scheme of things - is the Pakistani voice the ENTIRE world needs to hear, loud and clear. 🇵🇰 . PS. To address the immediate DMs about my clothes. The pants and sweater are from @nextpakistan and the shoes are "borrowed and kept forever" from my mother's closet. 😁 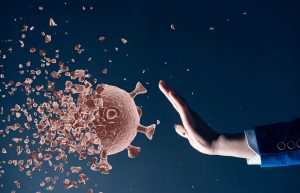 QUIZ: How Much Do You Know About The World’s Deadliest Pandemics? 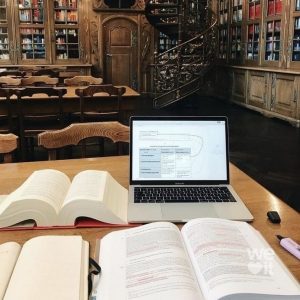 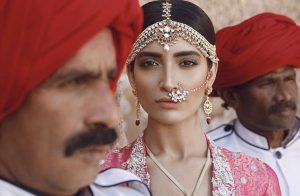 8 Types Of Ear Piercings That Can Instantly Upgrade Your Style