In Conversation with Author Soniah Kamal

Soniah Kamal is a Pakistani-American writer living in the US, whose writing often focuses on the immigrant experience. Her newest book, Unmarriageable, however, is a modern twist on a timeless classic we all know and love – Pride and Prejudice. Jane Austen’s classic novel has been remade and retold many times but Soniah gives the tale a fresh look. She sets her book in modern-day Pakistan and retells the story with a feminist lens. Our reader, Maheen Ahmed got the chance to sit with her and learn all about her journey as an author. Keep reading to learn more about this amazing writer.

1. How has the year been since publishing and promoting ‘Unmarriageable’?

Exhilarating and gratifying. It’s been a joy ride so far of festivals, tours, book clubs, interviews and just great on-going interest. As a Pakistani-American diaspora writer who lives in the U.S., it’s wonderful to see a novel like Unmarriageable picked up, given that it’s completely set in Pakistan and nothing to do with immigrant angst or terrorism. Unmarriageable is a parallel retelling meaning it includes all the plot points and every single character from Pride and Prejudice. My aim was to reorient and remap the colonial legacy of English in the Subcontinent.

2. Is it truly glamorous to be a popular writer?

What’s glamorous about sitting in front of a blank page? Anyone who writes for glamour or money is in for a rude shock despite, what Instagram and festivals portray. Meaningful writing is cerebral rather than celebrity.

3. What do you enjoy about being a novelist?

The freedom to create worlds and characters and orchestrate their lives which is ironic in a way since my own life choices were controlled. I never wanted to be a writer and it has taken years for me to come to terms with writing choosing me.

4. Your first novel was ‘An Isolated Incident;’ how does ‘Unmarriageable’ compare?

An Isolated Incident was set in Kashmir, Pakistan, Afghanistan and U.S. suburbia. It addressed territorial disputes, gang rape and idealistic notions of saving the world when you’ve grown up on Spiderman, Wonder Woman and Terminator. It was a heavy topic and a huge responsibility to write a novel on an ongoing dispute between Pakistan and India over Kashmir but my nana, a refugee, asked me to write about it. I think he thought I was going to be a journalist but I’m a novelist and, though he passed away before it was published, I do think he’d approve of what I was able to write about war, independence, and ultimately what courage, failing and healing mean.

An Isolated Incident took me ten years to write including research while, in contrast, Unmarriageable took me two months because the research was within me – I know the culture and I was that girl for whom nothing but marriage was expected. Though much of Unmarriageable was fun to pen; it was more intimidating to write than An Isolated Incident. I was taking Pride and Prejudice, a beloved classic, and attempting a parallel retelling in contemporary times and exploring what it means to be a feminist and feminine in Pakistan. Austen called Pride and Prejudice her ‘light, bright and sparkling’ novel and I stayed true to that.

5. How did the idea of merging a Pakistani setting with an English classic come to you?

The reason for writing a parallel retelling was Thomas Babington Macaulay’s 1835 language policy in which he recommends creating confused people who are brown by skin and English in other ways. The effects of this policy on identity and class are one of the themes in Unmarriageable.

The other reason was that I was completely taken with Austen’s wit and ability to capture her characters’ double standards when I first read Pride and Prejudice at age sixteen. I grew up in England and Saudi Arabia and returned to Pakistan in ninth grade. To suddenly be immersed in a culture where class, money and status seemed to be everything, made me very uncomfortable. I saw all this stress of honor and reputation reflected in Pride and Prejudice, as well the obsession with marriage being the supreme goal for ‘good girls’. Since I disagreed, this made me a bad girl. I just decided that if I ever wrote, this would be a worthy project.

6. Why do you think Jane Austen and ‘Pride and Prejudice’ have so much popularity?

The screen adaptations have popularized the love stories in Austen’s novels, but I think readers fall in love with her astute grasp of human nature and her remarkably wry and comedic way of revealing hypocrisies and self-righteousness. Also, Austen is a fabulous storyteller who entertains rather than preaches. As for Pride and Prejudice, who can resist a story about five sisters and whether they will find financial security, which in Austen’s times meant marrying well. And then there is Elizabeth Bennet, who says an emphatic ‘no’ to two proposals just because why should she settle for someone she doesn’t want, just for the sake of marriage? Her own feminist spirit appeals to women, and many men, today.

7. Do you have any other novels planned for the coming years?

I certainly hope so. At the moment, Unmarriageable seems to be taking up every waking moment and I’m delighted that readers continue to be interested. 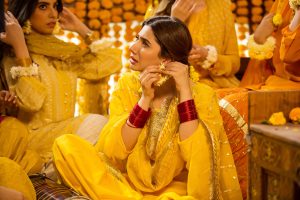 4 Hacks To Help You Dress For A Wedding Last Minute 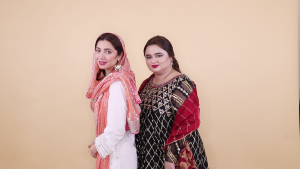 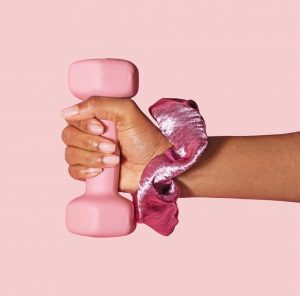