Imposter Syndrome – It Affects More Of Us Than You’d Think

Living in a competitive society can be taxing – the pressure of wanting to be the best and achieve everything in all aspects, is making more and more ambitious women deal with Imposter Syndrome. While the phenomena of imposter sydrome is unknown by many and unacknowledged in many countries, especially our own, so many of us go through it.  Scroll down to read my personal experience, along with a conversation with our resident therapist – Shahrukh Shahbaz Malik – who gives us more information about the syndrome:

‘You’re such a strong woman,’ ‘you’re so independent,’ ‘you’re so strong-headed, you get every single opportunity you want’ – have you ever felt overwhelmed by hearing such compliments and felt like isolating yourself from the external world because you feel like you do not deserve this praise? My experience as an independent and ambitious woman living with a Pakistani and Belgian identity brought a lot of backlash as it is, but dealing with Imposter Syndrome made me feel worse on a day-to-day basis. When it comes to diligence, I have the urge to work twice as hard as the rest to prove that I’m also able to deliver as good results as them, if not better. I overthink about the smallest details and often, this causes me to burn out and have sleepless nights. I consistently feel like I am not as good as the rest and degrade myself for making even the slightest of mistakes when I’m working on a project. It’s not always easy to live through it, but naming what you feel and acknowledging it is the first step to addressing it. That’s why I spoke to trained therpaist, Shahrukh Malik, about the imposter sydrome.

What Is Imposter Syndrome?

According to Shahrukh, Imposter syndrome is as the term itself would describe: ‘feeling like an imposter in different contexts of one’s life. Whether it’s related to work, education or just day-to-day interactions. There is a constant underlying belief that they are undeserving of praise, that they have managed to fool everyone around them and they are not what they appear to be.’ While talking about Imposter Syndrome, our therapist added that people who deal with it constantly live in fear that one day people will see them as the “fraud” that they truly are. ‘These individuals generally experience high levels of self-criticism, and are unable to truly accept compliments and praise or assess their true abilities. People who deal with Imposter Syndrome make extra efforts to make sure not to get exposed’. In short: people who suffer from Imposter Syndrome believe that someone may deserve their success more than they do because of their own negative self-evaluations.

Why Do Mostly Ambitious Women Deal With It?

While Imposter Syndrome can have several causes, one thing that really fuels it is high levels of criticism in one’s early years. ‘You might have grown up with parents, or relatives, that would constantly emphasize what you were doing wrong, rather than what you were doing right’, says Shahrukh. ‘Strictly speaking to Pakistani culture, women are generally pressured in ways that men might not be. You can couple this with the underlying sense of misogyny that exists in the society, which leaves women at a general disadvantage’, adds Shahrukh.

In most cases, women are unlikely to accept their successes and their own self. The explanation for this is that women who deal with Imposter Syndrome were possibly brought up in an environment which focused primarily on criticism and errors. ‘This way of thinking might have been internalized and as they grew older, they would only be able to see themselves with the same critical eyes. In short: they have never learned how to praise themselves or acknowledge their successes. They believe there is no room for praise, only improvement’.

Most Common Issues When Dealing With Imposter Syndrome

Not feeling as good as others and having the feeling that people like you because of your charms, are issues that align with the syndrome. According to Shahrukh, being detail-oriented and striving for perfectionism can also be a way of you trying to prove yourself, making sure that you don’t fail and that others don’t see you as anything less. ‘Failure and error is not an option. It’s okay to make a mistake every now and then, it’s about reminding yourself that you are human and that you will only learn and grow’.

How To Break Out From It

It takes some time and some work to break out from it, but one can. ‘Bringing awareness to your Imposter Syndrome and exploring the core beliefs that lie underneath is the first step’, adds Shahrukh. Further she adds that you can start questioning your core beliefs and where they come from. You can do this on your own, with a close friend/family member or even with the help of a counsellor or a therapist. Another way of breaking out from it is working on how one speaks to themselves by exploring the ways to foster that voice of self-compassion and recognizing achievement. ‘Breaking out of any old pattern is a process, so honour whatever progress you make, be it small or big’, says Shahrukh.

Comparing oneself to others is also another fear of Imposter Syndrome shared our therapist. ‘The internalized message that is constantly emphasized is that others are better, and I’m not doing enough.’ When comparing yourself to others, you will almost always find a fault in yourself. Shahrukh encourages people to move away from comparisons by limiting their social media consumption as much as possible, and working on their own sense of self-growth – honour your own journey and progress. 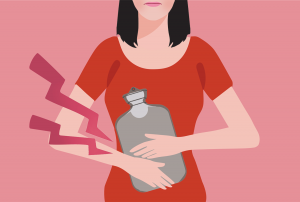 Period Cramp Medications – Are They Safe? 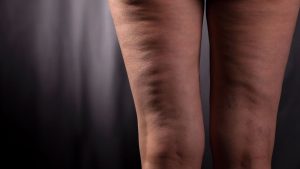 Why You Should Embrace Your Cellulite 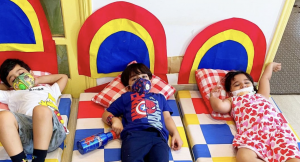 Summer Camps For Your Kids To Join This Summer