How Women Can Deal With Male Dominated Work Places

Despite the increase in the number of career oriented working women within the last few decades, the majority of workplaces are still dominated by men. There still exist offices that run from top to bottom by men. Women, no matter how capable, remain a glaring minority. Even the thought of working in an environment where accomplished, qualified women have little to no say seems to be unbearable. Only the women working at such places know how challenging it truly is. Carving out your place in these kinds of work environments isn’t smooth sailing. It’s not impossible either. If you’re struggling to shine in your male dominated office, here’s how you can feel more comfortable and appreciated.

1. Work On Your Confidence

Women tend to underestimate themselves as a result of the misogynistic environments they have grown up in. They lack confidence. Men on the other hand, do not let their doubts stop them from achieving their goals as often as women do, even if they are not 100 per cent confident. Findings from a Hewlett Packard internal report suggested that men will still apply for a job or promotion when they meet only 60% of the qualifications, but women are more likely to only apply when they meet 100% of them. This accurately depicts the confidence gap between men and women. Whether taking up new tasks, presenting different ideas, or being vocal about their beliefs, women should learn to believe in themselves and be as assertive as their male colleagues. If you are confident about your decisions, others will automatically believe in you.

The lack of solidarity among female colleagues is a huge contributor to men surpassing them at work. When women refuse to cooperate with each other, they are labelled as ‘difficult to work with,’ eventually leading to nobody wanting to work with them. Consequently, women don’t end up rising to their desired positions. Uplifting other women won’t just empower them, but you’ll also be able to reach your own goals with their support. Here’s what you can learn from one of Susan B. Anthony’s lessons: “wherever women come together, failure is impossible.”

Women are, unfortunately, wired to say ‘yes’ to everything in the fear that they’ll come across as difficult or uncompromising. The fear of appearing as unkind, or being disliked by others is deep rooted in us. What women need to understand is that always trying to please everyone can hinder their own success and may harm their reputation at work. Stand up for yourself!

One of the best ways to make a mark in the professional world is through networking. Women ten to not be as successful at this when compared with men. According to a study published in the journal Human Relations, it is usually because of self imposed barriers such as hesitation and gendered modesty. These habits inhibit women from networking as effectively as their male counterparts. If you want your colleagues to become more familiar with you, the key is to network with them. Take out the time to go to company events and get to know them, have lunch with them, and be present around them.

A lack of confidence and the fear of being judged are the reasons women keep their thoughts and concerns to themselves. Whereas, men hardly ever compromise on their sense of self worth, and never miss a chance to voice their opinions. Various studies show that women speak much less than men in meetings and when they do, they constantly apologise for speaking too much and are incessantly interrupted. In a study conducted by researchers from Brigham Young University and Princeton, it was found that in a meeting with an equal number of men and women, men dominate the conversation. They take up 75% of the conversation. Therefore, it is important for women to recognise their worth and the value of their opinion. You shouldn’t be apologetic about expressing your views. 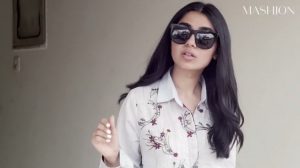 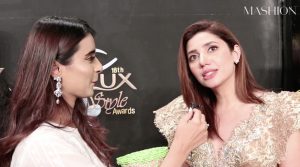 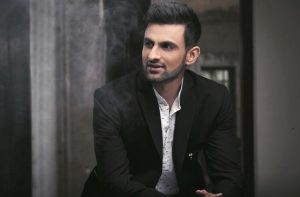 6 Cricketers Whose Style We’re Crushing On This PSL