How To Identify Verbal Abuse

Verbal abuse is an insidious, almost invisible thing that can live amongst friends, couples, and families without many victims even being able to recognise it. Just like mental health issues, verbal abuse is often overlooked for the evil it is, especially in our part of the world. The repercussions can be lethal though — anxiety and depression stem from forms of verbal abuse, which in itself counts as emotional bullying. If left unidentified, the continued victimisation that it causes can make matters worse.  In order to tackle the issue we should first be able to understand it. Here are all the signs and forms of verbal abuse we need to be aware of.

What Is Verbal Abuse

From parents abusing children in the name of ‘discipline,’ to a spouse gas lighting their significant other, and the not-so friendly banter between friends. Verbal abuse is unfortunately a part of every relationship. Sometimes it is obvious, while most of the time it isn’t easy to recognise. This is because perpetrators protect themselves by arming themselves with superiority, and insisting on the normalisation of their behaviour. This makes victims second guess at their own feelings, sometimes becoming numb to them.

Name calling in any relationship is the most easily recognisable form of verbal abuse. Whether direct insults or harsh remarks that have been disguised as casual teasing, name calling is always unhealthy. If a person continuously swears or yells at you, or in belittles you without remorse, then let them know it isn’t right. It’s a form of verbal abuse.

Example: “You’re too dumb to understand this.”

Gas lighting falls under emotional abuse, but when an abuser repeatedly calls a person irrational or crazy, so much so that they start internalising it, then it qualifies as a form of verbal abuse. The abuser is likely to convince the victim to take the blame for situations that weren’t in their control, or make them believe an alternate version of facts that usually paint the victim in a negative light to themselves. It is difficult to identify as the victim accepts the abusers version of reality, and may not think of the way they are being treated as abuse at all.

Example: “I was not rude to you, you’re just overreacting.”

Sarcastic, critical or defaming: these comments mean to belittle a person, and are downright abusive. Such comments can be about your appearance, intelligence, ethnicity, gender or anything that can make you feel inferior. Whether among friends, partners, or family, this behaviour should not be normalised as it can have a lasting impact on a persons self-esteem.

Example: “You eat so much and it clearly shows.”

4. Makes You The Butt Of Jokes

Occasional teasing and light sarcasm are a part of every healthy relationship. When done in good faith with trust between the group, there’s nothing wrong with it. But it should definitely not be a part of every interaction. If you find yourself being made fun of constantly by your family, friends, or colleagues, whether publicly or in person, and do not find it funny, then you may not realise but you’re actually being verbally abused by them. Verbally abusive people usually belittle you by making you the centre of jokes.

Example: “Let me put this in easy words, so even you can understand.”

There’s a fine line between constructive criticism and attacking someone for their choices, which often goes unnoticed. Criticism aimed at destroying someones self esteem is blatant abuse. Whether it comes from parents, significant others or friends, such criticism can be extremely painful and stressful for a person, and is never acceptable.

Example: “You can never do anything right.”

Whether in a serious or sarcastic tone, threats should never be taken lightly. If a person habitually intimidates and manipulates you, then they are aware of the effect their words have on you. It doesn’t always come from an enemy — your loved ones can also be behind abuse like this, which is one major reason people find it hard to recognise.

Example: “I’ll harm myself if you don’t agree.” 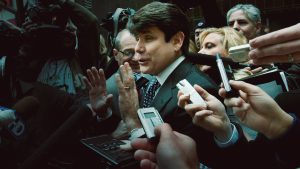 Docuseries On Netflix That You Need To Watch ASAP 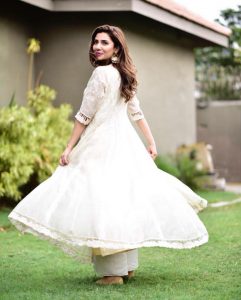 Struggling To Find Your Personal Style? Here’s How To Do It 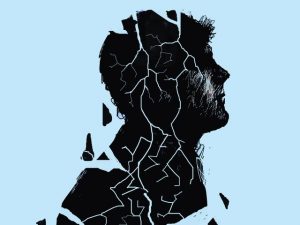 A Much Needed Conversation About Suicide