How Every New Mother Can Combat The Baby Blues

The arrival of your baby can be a mixed bag. Everyone’s well versed with the physical pain of labour, but what often goes unsaid are the waves of emotion that after it. No one likes to talk about the emotional rollercoaster mothers go through post birth, but it affects 70% – 80% of all women. What we calmly dismiss as ‘baby blues’ are actually the onset of a psychological state, which detail the surge of unexplained sadness, anxiety, and restlessness that new mothers face. Despite how common it is for women to experience this as a result of labour, a taboo silences them from talking about it. The cycle of self guilt that follows makes matters much worse. Women are expected to instantly revel in motherhood, but the flux of hormones they experience make that impossible. These mood swings are a result of your body readjusting to no longer having the same levels of hormones they had become accustomed to during your pregnancy. More than that, new mothers are always caught off guard by the new routine they find themselves in. Fidgety babies and restless nights just add to the overwhelming reality of being responsible for another person. Thankfully, baby blues usually depart within a week or two all on their own. Having said that, the couple weeks we have to spend with them can be absolute torture! You don’t have to suffer alone though. Read these tips to be better prepared, and manage your new status as mother with ease.

Be strong and be patient with yourself. Parenting doesn’t come naturally to anyone, so don’t be too hard on yourself. Skills like swaddling, feeding and changing diapers are learned on the job! Prepare yourself for the onslaught of mood swings that come with child birth too, though. You’ll have to manage yourself, and your baby. While every mother is aware of the chaos that comes with a newborn, they don’t take the time out to take care of themselves. Do your research, take it slow, and be prepared.

“Sleep when the baby sleeps!” is everyones favourite piece of advice to give! But new mommies hardly get to do that. Nap time is usually the only time new mothers have completely to themselves, and they spend it catching up on their chores and hobbies, or just by taking time out for themselves to relax. It’s completely understandable, but is going to leave you more tired in the long run! Try to take as many power naps as you possibly can. Sleep deprivation exacerbates your baby blues, by making you feel irritable and anxious.

Do not isolate yourself. It’s easy to get wrapped up (literally) in taking care of your newborn and all their demands, but it can also be depressing to make them the centre of your attention. Talk to your close friends, call them over, and if you can, let someone you trust take care of the baby for a few hours while you step out. If you know other moms, share your struggles and state of mind with them, listen to their war stories, and laugh away the pain.

It’s easy to neglect your diet after a long pregnancy of fulfilling all your cravings. Fast food might be the easiest, most satisfying option, but it shouldn’t be your crutch. Greasy, sugary, and fatty foods are proven to spike your blood sugar and trigger mood swings. They also make you feel more sluggish, which is the last thing you need with a newborn on your hands! Try incorporating more fruit, yoghurt, and whole grains into your diet to keep you fuelled. 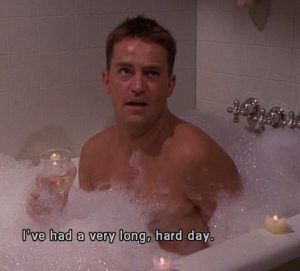 Word Of Mash: The Beauty Items You Bought And Regretted 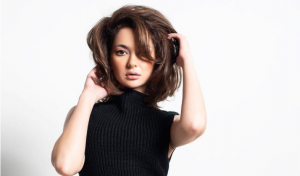 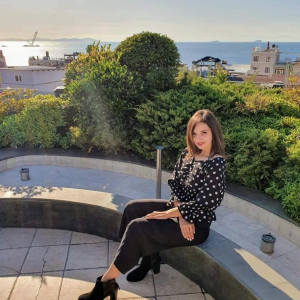 Whole Wheat Slices Is Inspiring People To Grow With Self Care