Everything Wrong With The Victoria’s Secret Fashion Show

Something feels wrong about consuming the Victoria’s Secret Fashion Show in 2018. It’s a candy-coated, monumental feat of an event that travels around the world. Paris, Shanghai, New York: it brings along an army of stunning supermodels, some of the highest paid performers in the world, and journalists from the largest media publications. It’s essentially like the Oscars for lingerie, and no one wants to miss out. Every year the show lands on a new theme for it’s Angels, organises sets, and a whole new collection accordingly. It’s flamboyant, to say the least, and not cheap – estimates put this year’s price tag at around $12 million dollars. This can all detract from what the show is really about though. It’s time to have an honest conversation about this enormously expensive brand.

Victoria’s Secret has historically been a brand that purposely equates self-worth with sexualisation in order to sell merchandise. The iconic pink stripes invite women in with the allure of girlhood, fun, and self-indulgence, while the implicit marketing undermines how girlhood should be expressed. It’s the most jarring contrast between being referred to as an ‘Angel’ while wearing corsets, G strings, and thigh high boots. It’s a brand that claims to empower women by allowing them a platform to own their sexuality, but it’s important to examine how Victoria’s Secret defines a woman’s sexuality in the first place. Victoria’s Secret makes clothing for women but markets it to men. It’s interestingly in the language itself. The ‘fantasy’ bra isn’t necessarily a woman’s fantasy – it’s a cumbersome, heavy, bejewelled ornament. Independent millennial women are increasingly looking for functionality and comfort over lace and frills or thigh-high garters. Victoria’s Secret creates baring, intricately decorated bras and underwear in colours that range from shades of pastel pink to dark and titillating; essentially telling all women this is empowerment. Unfortunately, the message VS sends out is: the only time it is acceptable to be seen and to enjoy your body, is not when you deem it, but rather when it serves the pleasure of the viewer. Without the (generally, and unfortunately, male) viewer the empowerment vanishes too. Victoria’s Secret arguably spends $12 million dollars on a show to pander to the male gaze, and to reinforce the idea that women need it to matter.

“It’s the one show where you can be yourself,” says Georgia Fowler, a model walking in the Victoria’s Secret Fashion Show. But the gruelling diets which models like Fowler and others follow in the weeks preceding the show speak otherwise. Adrianna Lima, a veteran VS Angels’ pre-show regimen involves waving goodbye to all solid foods for nine days before the show. Instead, she relies on protein shakes and vitamin supplements, as well as a daily gallon of water for sustenance to make it to her intense workouts. This goes on until 12 hours before the show when she ceases drinking any fluids at all to ‘dry’ up her body and avoid any bloating. These kinds of regimens are the norm for the models backstage at the VS fashion show, and are poorly disguised eating disorders. What’s uncomfortable is their vehement insistence that this is ‘hard work’ and athleticism, as Fowler also put it. A show that centres around confidence and empowerment ironically breaks down the very women that are selected to participate, by reinforcing some sort of unattainable, perfect ideal – even if it’s unsafe to achieve. After all: VS also capitalises off of the insecurity it creates. These models drag themselves through hell and high water to walk the runway with close to zero percent body fat, and the aim is for millions of girls watching to internalise this same shame. The goal? For them to go into Victoria’s Secret stores a week later, hoping to emulate them. The show is one large neon commentary telling it’s female viewers: if you want to be worth anything you need to be desired, and you will only be desired if you wreak havoc on your body to fit into this seasons Fantasy Bra. By the way, a discount version of the infamous Fantasy Bra will now be sold in stores for $250 dollars, making the aspiration even more tangible. The Victoria’s Secret Fashion Show does what all good misogyny laden narratives do – like fairy tales which glorify beautiful, waif-like women – it is a modern day consumerist fairy tale. “Everything that Victoria’s Secret creates is about a woman feeling confident and empowered” said this years designer, Mary Katrantzou. But how can a woman be confident if she feels like she has to forego solid food for nine days in order to be beautiful? It’s dangerous to imply this kind of lifestyle is normal, or that it helps any woman achieve empowerment – it’s a straight up lie.

The line up this year at the VS Fashion Show is undeniably more diverse than ever before. Models like Winnie Harlow have joined the ranks, as well as Filipino model Kelsey Merritt. Diversity is an issue which Victoria’s Secret has always had to deal with, but this year presented one of it’s most diverse sets of women yet. Representation is extremely important in grand affairs like these, so it’s necessary to see not only women of colour, but also different sizes. What’s interesting to note is that in America the average woman is a size 16/18 yet in 23 years, the brand has failed to cast a single plus-size model. This begs the question who Victoria’s Secret is trying to sell their wear to, and why they think the Hadid’s represent those women. Models have always meant to be idealised figures in the world – this is nothing new. But in the current world climate which has changed so much since the annual VS Show first debuted, there needs to be progression. Plus size models are available in spades. Ashley Graham, who has been on the cover of Sports Illustrated, and Tess Holliday are two of the biggest names in plus size modelling. Both models have expressed interest in walking the runway to radio silence. Victoria’s Secret essentially has emboldened themselves with the power to pick who is ‘beautiful’ and who is not; and in the pink, feminine packaging of their show also created a far-reaching hierarchy of what it means to be a woman in today’s day and age. Plus size models by their definition are a minority class within the genre of women and are allowed to exist but not to be included. Given the majority of women fall into this ‘plus size’ category, Victoria’s Secret is stripping all of these female viewers of their dignity – no pun intended – purposefully. As a corporation, VS has access to these reports, yet they willingly ignore them year after year.

The corporate world is changing as consumers become more socially aware beings, aware of their rights and human dignities. Local brands have caught on impressively well. Generation being one such brand that’s leading the charge in inclusive, socially responsible marketing. Their recent ‘Sohni Dharti’ was a beautifully shot, thought out campaign created to bring attention to Pakistans water shortage. They’ve also been one of the first brands to use models with different skin conditions, bringing marginalised women to mainstream marketing. This is all to say that while the Victoria’s Secret Fashion Show still has the power to excite 800 million viewers worldwide with it’s bright lights, angel wings and bevy of beautiful people, it is ultimately a relic clinging to a bygone age. It no longer serves it customers, and frankly, never really did. While the fashion industry moves along internationally the VS Fashion Show stays firmly rooted in it’s place, and perhaps this is why their quarterly reports show dwindling financial returns more and more. The Shanghai show in 2017 failed to boost sales at all, which continued to progressive fall all throughout the first half of 2018. That said, we still tune in. It’s one of the most watched televised events every year. Perhaps we just can’t help gawking, and that’s what VS bets it’s money on each time – that eventually our gawking will turn back the clock to when their monopoly in the lingerie market dictated how women should feel about themselves.

Victoria’s Secret is a brand that feeds off of insecurity and inspires it too. It’s not alone in the way it represents women. Fashion shows the world over opt for skinny girls, which is especially true in Pakistan as well. The other prerequisite in Pakistan is for the model to be fair. These are damaging and archaic tropes which have lingering effects on a widespread consumer base. They also contribute to an already invasive culture which polices women, harasses them, and demeans them. It’s time brands took note of the changing tides and made an effort to serve their customers by truly empowering them. Victoria’s Secret is a symbol of the patriarchy today and catered to the male gaze. It’s prevalence stems from a time when the Hugh Hefners of the world ruled large, and the Harvey Weinsteins were still hidden in the shadows. This is a new age now. The problem isn’t the wings, or the angels, or the lingerie. It’s the dated concept that tries to sell them. Hey VS, sending the ball over to your court. 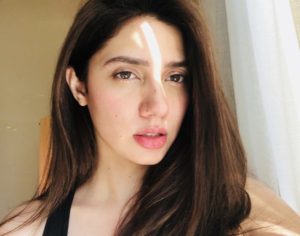 8 Pakistani Celebrities That Will Inspire You To Go Makeup Free 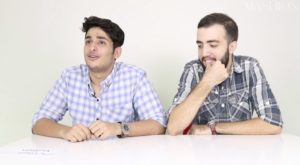 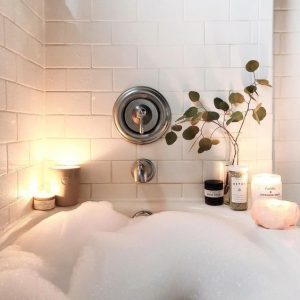