E-Commerce In Pakistan – Is It Comparable To The Rest Of The World?

E-commerce and the digital world in itself has seen a major increase since the pandemic. As people were (and still are to some extent) forced to stay home indefinitely and physical stores began seeing a fall in foot traffic, consumers took to their phones and laptops to conduct their online shopping. But the rising trend has not seen a comparable difference in Pakistan.

Why Has The E-Commerce Trend Not Caught On In Pakistan?

According to The News around a quarter of worldwide shopping is taking place online, additionally “the industry in 2018 was estimated to be at Rs 99.3 billion which was a good increase from 2017 when the figures were Rs51.8 billion which is a healthy year-on-year growth of 92 percent”. Around the world the E-commerce industry has seen tremendous growth, this is not to say that Pakistan hasn’t seen growth in this sector, but not as much.

A Digital Divide Between Pakistan And Developed Nations

Much of the problem is that e-commerce giants such as Amazon and eBay are not yet available in Pakistan, and unfortunately other local counterparts are not up to par with these giants. Local companies are yet to develop seamless apps and/or webpages for browsing and making e-commerce transactions convenient and worth it. There is a strong digital divide between countries like Pakistan and developed nations, bridging this gap by advancing Pakistan’s IT sector could have a huge potential for growth for its people and the economy.

Another hindrance is the lack of mobile wallets (such as Apple Pay), preference for COD (cash on delivery)  and absence of ‘middle men’ like PayPal, which is yet to be introduced to Pakistan. PayPal is one of the fastest, safest and most renowned forms of online money transferring, trusted and used across the globe. The online ‘infrastructure’ is lacking in accommodating such tools. Simultaneously, the masses are not yet used to making a switch or getting accustomed to making their purchases online, till then growth will remain slow until online presence and adaptability in both user and service increase.

Lack of awareness and literacy are two major factors in Pakistan’s slow growth. The greater audiences have not quite yet grasped the concept of online shopping. simultaneously, the marketplace has not taken full advantage of the huge potential for growth in the online world as of yet. Literacy plays a significant role as lack of education – and to some extent access to devices that allow online shopping – are limited.

For further insight, we asked our followers here at Mashion whether they prefer shopping online, and while the poll resulted in 64% of people answering “yes” to the question ‘Do you like shopping online in Pakistan?’ , most of them referred to issues such as “fraud”, “scam”, “lack of quality” and “trust issues” for their reasons not to shop online here. This incoherency shows that people are willing to and actually want to shop online, but issues in authenticity and trustworthiness are major areas of concern that need to be addressed.

But There Is Hope

Despite this, e-commerce is growing and continues to grow in Pakistan, where the Fashion industry contributes to the largest market share “with a projected market volume of US$3,893m in 2021” according to Statista. Further, e-commerce revenue is expected to reach US$5,409m in 2021 and the number of active users is projected to reach 65.1 million by 2025 (Statista). There has also been significant growth in the number of internet users and subscribers which is promising for the growth of online shopping. Moreover, the pandemic has provided us an opportunity to increase and develop our online presence and encourage consumers to stay home and shop, rather than engage in public outings. Essentially, the faster Pakistan and its local businesses realise the potential for growth and take advantage of it, the closer we are to closing the digital divide. 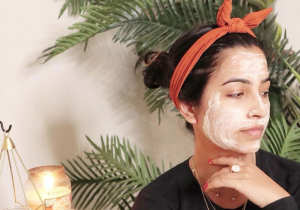 7 Self-Care Items You Deserve To Treat Yourself To 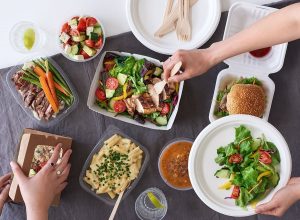 QUIZ: Answer These Questions And Figure Out Where To Order Take-Out From Tonight! 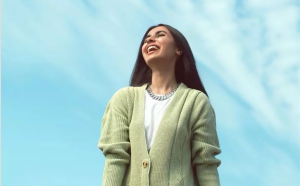 The Winter Collection That Will Elevate Your Winter Wardrobe