Desi Fashion Through The Decades

The evolution of Pakistani fashion has changed drastically over the decades. Since Pakistan’s inception in 1947, we have seen waves of glamour, modernisation and cultural extravagance in a country that loves to dress up! With each passing decade we have witnessed a new era of fashion, bringing out the best of our Pakistani culture.

Icons from Fatima Jinnah to Noor Jehan were defining fashion in the 1950s. As Pakistan was just beginning to define itself and its culture, so was its fashion. Hence, the influence of strong iconic women took over leading to an era of ghararas and sarees. As the west was still a heavy influence, liberal and glamorous clothing were at the epicentre of Pakistani fashion.

The 1960s saw a major change in fashion across the globe, but also in Pakistan. As the west continued to set the latest trends, Pakistani assimilated itself into this fashion world. Colors, shorter kameezs, but also dresses, gowns and sarees became the hottest trends as Eastern and Western culture harmoniously came together.

The 1970s brought in the ‘Hippie’ era and revolutionary names such as “Maheen Khan” and “TeeJays”. TeeJays became one of the most popularized brands across Pakistan, setting the stage for fashion with the youth, as they clothed famous characters in popular television serials at the time. The media industry became the messenger for the latest trends in fashion with TV serials such as Kiran Kahani (1973). From bell-bottoms and heavy accessorization to loose shalwars this decade was filled with vibrancy and energy.

The 80’s saw a tumultuous time in fashion, as the Zia-ul-Haq regime took over and religion began to heavily impact fashion in the country. As Zia’s ideology was enforced across the country, the era of the dupatta, loose fitted clothing and covered up looks began overtaking the liberal lifestyle most Pakistanis had previously adopted. Benazir Bhutto became a style icon in her own right during this time, as she styled the scarf over her head and developed an iconic style for women in Pakistan.

The 2000’s saw a more casual time in fashion, as the inception of big retailers such as Khaadi and Gul Ahmed introduced lawn to the masses. As ‘fashion weeks’ and multiple ‘collections’ became synonymous with the fashion industry, production along with styles began increasing at a faster pace.

Fast fashion began taking over in the 2000s, with designers racing to release collection after collection, and catwalks filled with designers debuting their new styles. “Pret” clothing was all the rage while catwalks embodied all the glamour of Pakistani fashion.

Mahira Khan and Fawad Khan walk for Umar Sayeed in 2010

And here we are, the early stages of a new decade, sadly the newest addition to fashion in this decade has been the infamous face mask, designed to match your favourite lengha or kurta shalwar. Fortunately, this is just the start of a new decade and we are yet to see major trends take over as the fashion world begins to revive itself once again, after a year of turmoil. 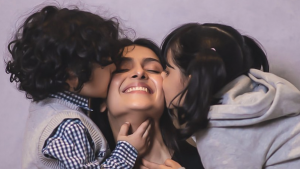 The Importance Of Parenting And How It Influences Personalities 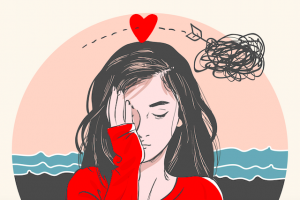 Ask The Therapist: “My marriage makes me feel lonely…I feel an emotional disconnect.” 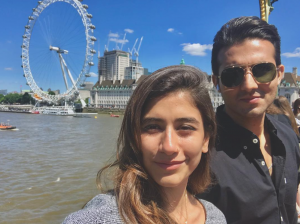