Aurat March created an uproar this year and numerous people protested against the posters and slogans that were circulating around social media regarding the march. One of our followers, Misbah Shan, decided to explain them once and for all. Scroll down to read her article on what all the ‘controversial’ slogans really meant:

We were at #AuratMarch2020 — and it was a powerful experience to say the least. Swipe through for a few of our favourite posters and check our IG stories for all the highlights❣🙌🏼⭐ #Mashion #WomensDay #AuratMarch

The phrase “ye aurat march ameeru ke chonchale hein..”  is something I have heard multiple times when feminism or the aurat march have been discussed. And you know what? The people that say it are right. Ameer can mean rich, but it also means abundant and in this case, I believe it means being abundant in knowledge.  I, along with countless other people, are ameer without having a ‘great deal of money or assets.’ Standing up for women during this time and in this country undoubtedly means that one possesses knowledge, awareness, understanding and the privilege to stand up for those who either can’t, or don’t.

I can call myself ameer because:

We’ll be at #AuratMarch tomorrow, speaking up for those who can’t, bringing light to common injustices and supporting causes we hope EVERYONE benefits from. Tap the link in bio and download a poster that speaks for a cause close to your heart. And come stand with us tomorrow — because together we’re stronger 🙌🏼 #AuratMarch2020 #Mashion

Aurat March in 2019 created a great deal of conversation for various reasons. There were people who supported the cause, but there were also those who tried to undermine it by saying that certain slogans were provocative as they were ‘controversial and threatening to our religious values.’ However people who were ‘ameer’ in knowledge, weren’t bothered at all. Even if there were some inappropriate slogans, the quantity of slogans indicating the real issues were definitely in majority.

These are some of the controversial slogans, along with what they actually meant:

Assumption: It is promoting prostitution & abortion – anything related to sexual activity & defaming men.

It’s OUR body, we should be able to decide what we do with it. In Lahore, a man allegedly burnt a teenage girl to death after failing to rape her . Stop expecting us to be okay with being treated like this. We are standing up for all the victims and ourselves.

‘Women Are Humans, Not Honour’

Assumption: Women want to do crazy things irrespective of them being wrong morally and religiously and they don’t want anyone to stop them.

What it actually meant: We are humans first and then your sisters, daughters, mothers and wives. We don’t want our life decisions to be always under the radar because how they’ll affect others. We don’t want to choose a career that someone else has decided for us because we have our own dreams.

Every week there is a new story of some woman being killed because of the shame they brought to family “honour.” Sometimes the act is carried out by one man, but more often, a group of male family members carry it out.

Assumption: We don’t want to do anything at home.We want men to do everything themselves and do our work as well.

What it actually meant: Don’t make us feel like we’re your servant. I’m either a sister, daughter, mother or wife. Let me do everything for you because of respect and love, not fear. You can help me, it won’t affect your respect or muscularity. In Lahore, a father killed his daughter for not making Gol Roti. How can we not protest this?

‘Aisha, the wife of the Prophet Muhammad (pbuh), was asked, “What did the Prophet (ﷺ) use to do in his house?” She replied,

“He used to keep himself busy serving his family (كَانَ يَكُونُ فِي مِهْنَةِ أَهْلِهِ) and when it was the time for prayer he would go for it.”

As stated in this article, the word used in the hadith is mihnah (مِهْنَة), which is translated as ‘busy serving’ here, which also means in the Arabic language ‘work’, ‘job’, ‘profession’, etc. This implies that helping your wife in the house is a job as well. Whether it’s helping wash the dishes, cooking, cleaning, raising the kids etc. It is part of being the ‘man of the house’. The notion that it is somehow degrading for men to help and work with the wife around the house is not an islamic concept.

Assumption: I will sit however I want to. I don’t care if it’s morally or religiously wrong. I don’t care. I’m a free woman who doesn’t care about anyone and I will do everything you want me not to do, because I want to.

What it actually meant: I don’t want to be asked to sit properly just to make the man sitting in the same space as me feel comfortable. Him looking at me is also morally and religiously wrong. I will sit the right way because my religion wants me to, not because of the toxic patriarchy.

“Say to the believing men that they cast down their looks and guard their private parts; that is purer for them; surely Allah is Aware of what they do” (Shakir)

Assumption: We want to wear small dresses that aren’t in our religion. We don’t want to cover ourselves because we don’t care.

What we actually meant: I don’t want to cover myself and wear a dupatta because you can’t control your gaze and thoughts. I want to do it because my religion wants me to do it. I don’t want you to be the reason for me to do stuff that my religion wants me to do. I don’t want to be afraid of your gaze and hands, rather I want to be afraid of Allah. I can’t let myself be a part of something that makes you feel that you can do whatever you want and I’d do whatever I can to protect myself from you because no matter how wrong morally or religiously your doing is.

If you still think Aurat March threatens our religion, I’m afraid you’re one of those who are either the reason we march, or you’re too comfortable with the privilege you have and are not interested in being ameer. 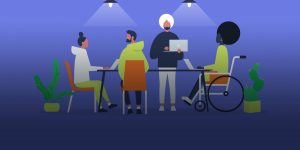 Disabilities In The Workplace – Policies, Laws And More 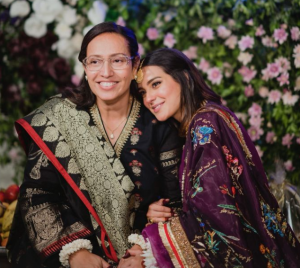 6 Items To Gift Your Mother This Mother’s Day 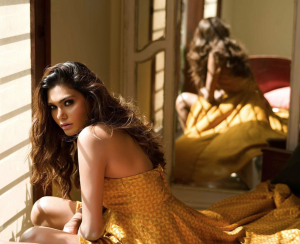 How To Prevent And Treat Razor Burns