Common Misconceptions About Feminists And Feminism

Today we’re talking about the big, scary F-word: feminism. In recent years, feminism has managed to rack up quite the bad reputation in mainstream culture, even though it shouldn’t be as controversial as it is. While it’s been misconstrued into something akin to an “anti-men” movement, the truth is that feminism is simply about gender equality. To put it quite plainly, in the words of Emma Watson, “If you stand for equality, then you’re a feminist. Sorry to tell you”.

Why then – you may wonder – is the word rooted from “female”? That’s because the term was first popularised during the late 1800s with the rise of the suffragette movement in the UK and US when women were fighting for the right to vote. But, just because the origin and history of the word dictate its roots from the word “female” and not “male”, does not make it any less about equality of the sexes. Here are 6 other myths about feminists and feminism busted:

Do feminists want women to have equal rights and be seen as valid, worthy human beings despite their gender? Yes. Does that mean they hate men and want to annihilate mankind to take over the world? No. Being a feminist doesn’t mean you want to wipe off every single man from the face of the earth or that you think of yourself as above them. At its core, feminism is about providing everyone – regardless of their sex or gender – with equal and fair opportunities, and to avoid preferential treatment based on sex.

Men can and absolutely should be feminists! Equality between the sexes is a conversation and a fight that can’t involve just one of them. Moreover, traditional patriarchal values affect men too – from toxic masculinity to body dysmorphia. Regardless of how it may or may not affect you, we’re all part of the system that allows misogyny to stay in place and we must all work together to dismantle it.

3. You Can’t Be Feminine And A Feminist

Feminists come from diverse backgrounds, crossing gender, racial, ethnic, religious and socioeconomic boundaries. Likewise, some of them choose to subscribe to traditional gender norms, some don’t. Feminism is about giving women the freedom of choosing whether they want to be feminine or not, instead of being coerced into it because of societal expectations. In fact, the chief reason that women and girls sometimes try to distance themselves from feminine traits (like dressing up or liking the colour pink) is that, in both men and women, they are seen as a sign of weakness and something to be ashamed of.

4. There Is No Need For Feminism In The 21st Century

While the world has made a lot of progress on the women rights front, there is still a lot of work to be done. Millions of girls around the world still don’t have access to education. Women are still underemployed across many industries, such as the STEM and business fields, and often face discrimination and even harassment in the workplace. There is still a long way to go.

5. Feminists Are Against Marriage

Indeed there are feminists who don’t want to get married or have children, but at the same time, there are also feminists who want to get married and have children. There’s nothing wrong with being a wife or a mother, but there shouldn’t be anything wrong with being unmarried or without children. Feminists want the agency to be able to make the decision – of whether they want to marry or have children –  themselves. They want women to be seen as valuable human beings, even outside the traditional maternal roles assigned to women, and to have equality within their marriage if that’s what they choose.

Contrary to popular belief, feminists are not angry all the time. Just like any other person, they like to have fun and a sense of humour too – just not one that allows others to get away with sexist remarks that are excused as “just jokes.” 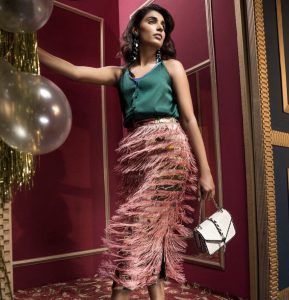 5 Outfits to Wear to Your Own Birthday Party 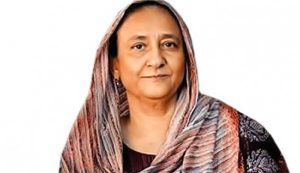 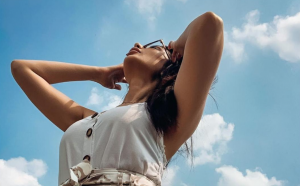 Word Of Mash: The Best Sunscreens