We have always believed that women can achieve anything they want. In the article below, our follower Hafsa Dossani, breaks down the external and internal barriers that she think result in women not progressing to higher levels in the work place. Scroll down to read more:

Career progression largely depends on taking risks and advocating oneself – traits that girls are discouraged from exhibiting. This explains why even though women perform better than boys academically, their gains are not translated in career progression. While trying to understand the reason behind less women in top working positions, I realised there are two obstacles – internal and external.

The blunt truth is that men still run the world. Women face external obstacles like subtle sexism, discrimination and sexual harassment at workplace; but the lesser known obstacle are that very few professional spaces offer flexibility and access to child care, special parking lots reserved for pregnant women and parental leave – all things that are necessary for a woman pursuing a career while raising children. Women are continuously expected to “do it all” without being given the leverage and ease to do so. This results in discouragement even for an ambitious woman.

A dear friend of mine, before her interview at a well reputed company, was advised to not mention that she was engaged to be married. It is assumed that women do not work after marriage and hence, engaged women are less likely to get a job.

Facebook’s COO, Sheryl Sanberg has previously spoken about how being one of the few women in a top-level position amongst men, has resulted in multiple awkward situations. While in New York for a meeting, she asked the men in the room where the female bathroom was, but none of them knew. Only a few women had been able to reach such positions, so the men never bothered to familiarise themselves with the location of where the bathroom for them might be. Either that or they simply didn’t care. The point is not to criticise, but to acknowledge the barriers within society that lead to inconsiderate behaviour. Even if no woman had entered that room before, what made one believe no woman ever will?

Fresh female graduates aspiring for good career prospects, are also under societal pressure to keep an eye on marriage. Talking from personal experience, I belong to a memon family in Karachi and have been told since childhood that marriage is our only way out, and that we only belong to our homes for a limited amount of time. As much as my parents emphasised upon academic excellence, they emphasised even more on marriage, especially when I was finishing high school. I wouldn’t say it damaged my ability to think ahead of marriage, but it did waste a considerate amount of time which I could’ve spent thinking of a better future.

Ambition is thought to be optional in women, but men are continuously applauded for being career driven, powerful and successful. Women who display the same traits are often refereed to as ‘manly’ in a negative connotation. Safe to say, female accomplishments come with a social penalty.

In addition to barriers within our society, women are hindered by the barriers among themselves. We hold ourselves back through self doubt, lack of self confidence, by not raising our voice where it’s needed and by pulling back when we should be fighting. We internalise the pressures we get throughout our lives, just like I did. I kept telling myself that marriage is my only way out and I lost my energy to fight for otherwise when I wasn’t given the chance to outshine. I internalised everything I saw and was told. The idea that it’s bad to be outspoken, hyperactive and more powerful than men, is engraved in us since childhood. We lower our expectations from ourselves and compromise our career goals for partners and children that don’t even exist yet. I believe that getting rid of these internal barriers is essential to gain success. We need to work on our inner voice more than we think.

The internal barriers among women are a cherry on top for the already existing external barriers. They are interlinked and both need to be addressed so that we can reach a place where women are treated like the equals in the work place that they are. 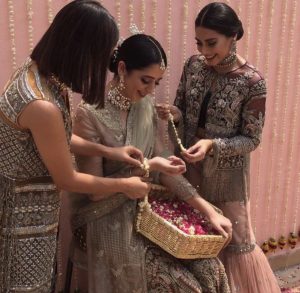 7 Pieces Your Wardrobe Needs For All The Upcoming Summer Weddings 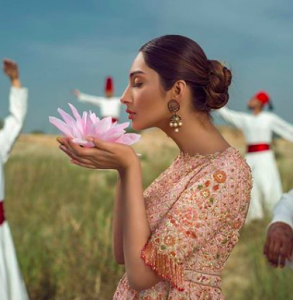 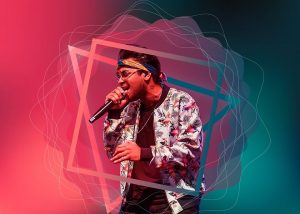