A young Yasmeen Lari had no idea that she was going to be the first female architect of Pakistan, when she came back from England after completing her degree in architecture. The 77-year-old is a beacon of hope for the underprivileged and voiceless, for her vigorous efforts to ensure equality.

Lari is one of the most renowned names in the field of architecture in Pakistan, a profession that was once dominated by men. She broke many stereotypes associated with women who have lived and grown up in a conservative country like Pakistan where women are generally considered oppressed. In fact, she led her architecture firm, Lari Associates, and after retirement worked with UNESCO to preserve the country’s heritage sites, first being the Lahore Fort. Along with her husband, Suhail Zaheer Lari, a well-known historian, she founded Heritage Foundation, which is working towards safeguarding the cultural heritage of the country.

For her brilliant work in architecture and maintenance of heritage, the Government of Pakistan honoured Lari with the prestigious Sitara-e-Imtiaz award in 2006 and Hilal-i-Imtiaz in 2014. For promoting culture and peace, she was the recipient of UN Recognition Award in 2002, and was included amongst 60 women from around the world for their contributions towards the objectives of UNESCO.

A woman of strength, Lari is as involved in social work as she is in architectural work. After the disastrous earthquake of 2005, which the majority of the country suffered badly, she started a number of programs and built shelters to help the victims. She built Back Safer with Vernacular Methodologies (BBSVM),Heritage and Tradition for Rehabilitation and Development, and the female centric Community Based Disaster Risk Management (CBDRM), a project that empowers women in rural areas and helps the underprivileged. Under the program, the women of interior Sindh are taught skills that allow them to earn a livelihood for themselves.

By collaborating with Architecture For Humanity, The Swiss Pakistan Society and Nokia, she has built a large number of shelters and hopes to help promote sustainability in Pakistan. She also built 36,000 waterproof homes after the 2010 floods in the country.

Lari has also written books on architecture and heritage. Some of her famous works include Slums and Squatter Settlements – Their Role and Improvement Strategy, Our Heritage in Muslim Architecture, Tharparkar and Sialkot after the War, ‘Traditional Architecture of Thatta’. She also published a book with her son Mihail, The Dual City: Karachi During the Raj, and one with her husband titled Karachi: Illustrated City Guide.

In times when women are speaking up against inequality, fighting for their rights, struggling and facing several hurdles to get their voices heard, strong and successful women like Yasmeen Lari are truly an inspiration. This compassionate boss lady makes us believe that success can be achieved if we are dedicated in our endeavours and work hard to achieve what we desire in life. 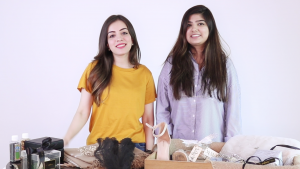 VIDEO: How To Perfectly Wrap A Wedding Tray 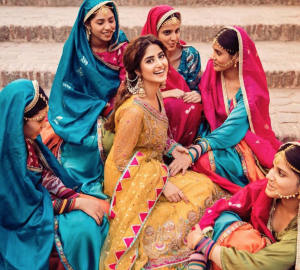 5 Understated Kurtas You Can Wear To A Dholki 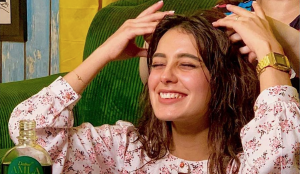