Ask The Therapist: My mother has always been a near perfectionist…I want to distance myself and build boundaries, but it seems to be a difficult task without feeling guilty…”

My mother has always been a near perfectionist, which also means high expectations, excessive criticism and a preference for control. I know she loves me as she cares for me a lot and has done so much for my upbringing and well-being. However, she never seems to be able to accept her flaws, or the fact that her ways have had an impact on my mental wellbeing. During conversations it comes across as if she thinks she is always right and knows better due to age and experience. I want to maintain my ties with her out of respect but also distance myself and build boundaries, but it seems to be a difficult task without feeling guilty or thinking that maybe in the process I might be neglectful or cause her pain – something I don’t want to do. Please advise.

I really sense that there’s a great deal of love and care that you feel for your mother, but I also hear how hard it is for you to face the high volumes of criticism. I can only imagine how draining it must be for you. Let’s see how we can help you strengthen your own grounding, and also maintain healthy boundaries with your mother.

The Aftermath Of Critical Parenting

During our childhood, our parents not only help us develop our sense of self, but are also the people we trust the most. In essence, if they say something, we believe it, and eventually internalise it. If a child is more criticised than nurtured, it tends to impact their self-esteem, confidence and self-worth. As an adult who was subjected to high levels of criticism, you may find that you question yourself constantly and that can be a really heavy narrative to hold. So, what can we do about this?

The old clichéd excuse for a break-up. Though, in this case, it’s actually true. Each person has grown up differently, and it’s possible that your mother is carrying forward things that she experienced in her upbringing. Instead of warmth and emotional attachment, your mother might have been more exposed to criticism and other traumas that have resulted in her current parenting style. More often than not, her criticism of you is more about her own relationship with her sense of self and identity, than you. While her methods of expressing love might not be ideal, that is what she is trying to do – show that she cares. The best visual I can create it that it’s like a porcupine hugging you. It hurts, but it’s just trying to show that it loves you.

Guilt: A Tool Of Manipulation

It sounds like setting boundaries and putting your needs first is something that brings about a strong sense of guilt for you. This usually comes from a line of reinforced messaging that puts the needs and desires of others above your own. Guilt is not something that we are born with, but rather something that we internalise and learn. While some amount of guilt can be functional, high levels of guilt can compromise our ability to lead authentic, self-fulfilling lives. I do see that there is a great deal of love for your mother, and this desire to keep her happy and not disappoint her; but it does make me curious as to what would happen if she was disappointed? Or if you did cause her pain? Alternatively, how is it okay for you to take on so much pain in the process?

Finding Our Voice Of Compassion

One thing that we often develop as a result of critical parenting, is a very strong inner critic. This is the voice that often whispers things like “you’re not good enough” or “you’re weak” or “you’re not doing enough” etc. This is often not ours, but the voice of our critical parent. To counter this, it’s important to find and develop a voice of compassion. To do this, you can practice self-compassion. There are several meditations on YouTube, as well as books you can order or find online. I would highly recommend “Self-Compassion: The Proven Power of Being Kind to Yourself” by Kristin Neff.

Setting Boundaries And Sticking To Them!

This is something that can be difficult. Sometimes parents don’t understand the concept of boundaries, but first and foremost, it is crucial that you are fully aware of how important these boundaries are for you, and why you’re setting them up. Remember, it is not your intention to hurt them, but rather, to protect yourself and step away from something that has been causing you a great deal of pain. It’s okay to set these boundaries!

Critical parents can be quite draining, Anon and it’s important to separate yourself from distressing situations – even if it’s your parents. At this time, I would also encourage you to seek the guidance and help of a mental health counsellor, who will be able to help you explore, unpack and heal some of the pain you’ve been carrying with you. I wish you the best and I hope everything works out! Good luck and stay in your power! 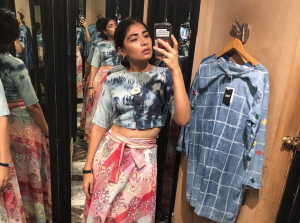 6 Fusion Outfits For All Your Events This Season 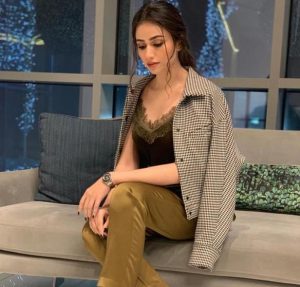 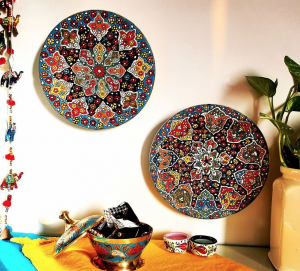