Ask The Therapist: “Can I please know how to handle recurring memories from childhood trauma because of middle child syndrome?”

“Can I please know how to handle recurring memories from childhood trauma (because of middle child syndrome)? Even though it was way in the past, sometimes when I’m PMS-ing or I’ve had a disagreement with my mom, I practically go through all those painful childhood memories and keep sobbing. Other days, it doesn’t bother me that much – but how do I stop letting it bother me altogether?”

I can only imagine how difficult and painful it must be to relive those childhood memories. For us women, emotions tend to be a little more amplified while we’re PMS-ing, which suggests that those memories are still lying within you, waiting for some kind of trigger. You asked as to how you can stop letting it bother you altogether, and I wish the answer to this was a simple one. Alas, there are several layers to this, and while I may not be able to give you a “one answer fits all” kind of solution, I can definitely help you explore this issue further, and perhaps even help you find ways to create a safe enough space for yourself to let these emotions exist and be processed.

[Note: a lot of what I’m about to say is a mix of fact and opinion, please don’t take my word as law, this is just my interpretation of what I’ve read as well as experienced through anecdotal accounts]

The Middle Child Syndrome is something that has been spoken about quite a lot over the years. The implication of said syndrome is that the second of three children is usually subjected to neglect by parents, while the elder and younger are the ones who are paid more attention to. There are several theories and assumptions that exist in this realm. Research on this issue has been contradictory, so while there is evidence that suggests that this is something that does happen, it’s not something that every family unit would experience. That being said, there are things that are echoed in several anecdotes of people who have experienced MCS.

Over the years, I personally have heard a variety of accounts which would suggest that there is a great deal of truth to the middle child syndrome, and it tends to manifest in different ways. The question becomes: how does it impact a child’s psychological development? In general terms, the middle child is often wedged in between the older and younger sibling, and can often feel the need to compete with both. The former is the first-born, and is seen as special, while the youngest is the one that needs to be taken care of, and is thereby given more attention. It’s also possible that the middle child may also build up a greater level of resentment towards the youngest, because, in a way, their position as the youngest has been overtaken, paving the way for feelings of jealousy and anger. This feeling of constantly having to prove themselves leaves them in a state of belief that their worth and sense of being is conditional and needs to be earned. This can really put a strain on any child’s psychological development, and can lead to different forms of mental health issues: anxiety, depression, perfectionism, people pleasing, low self-worth etc. Some questions to ask yourself would be:

How To Process What’s Happened

The overarching theme of MCS is often neglect, and perhaps even feeling that you weren’t valued enough. It’s important to not only reflect on those feelings, but to also take the time to explore the narrative around them. As an adult who was subjected to the traumatic themes of MCS, it’s also important to acknowledge that what happened was not your fault, and that you are deserving and worthy. If memories from the past still bother you, it’s alright – what happened was painful, and it can still hurt even in the here and now. Allow yourself to sit with those feelings and know that it’s okay to feel them. We live in a society where you’re expected to push away and ignore the things you feel – and that’s often because most of us weren’t taught to accept painful emotions. We’re expected to bury them and go through our lives unaffected. Yet, they’re still there, aren’t they? So, is there really a need to push them away? It’s okay to be hurt – it’s part and parcel of being human, and those difficult emotions can often be a point of insight into your own experience. So, the next time you feel something difficult come up, try noticing a few things:

If you feel that you need some extra guidance on exploring your story, you can always reach out to a therapist/counsellor, who will help you come up with ways to ground, as well as give you the space you need to understand and process what you’re experiencing and/or feeling.

Anon, I know it can be difficult to feel what you’re feeling, though I have often learned that the best way for your body to release built up energy and emotions is through crying. So, if you need to sob for a while, that’s okay. Trust me, take your time with this, and explore at your own pace. I hope you found the answers or clarity that you were looking for. I wish you all the best on your journey towards healing. Best of luck and stay in your power! 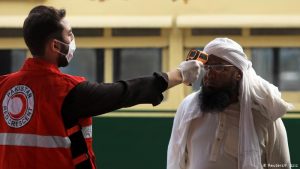 Coronavirus: Understanding The Fear Of The Unknown 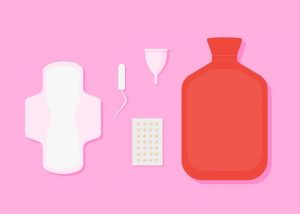 Pads, Tampons Or Menstrual Cups – Which One Should You Use? 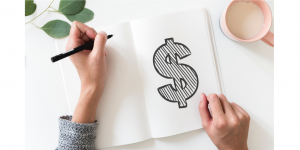