Women are the strongest when they are lifting and empowering each other. It’s something most women do on a daily basis, but yet, have you ever wondered why our media fails to show that side of female friendships? One of our followers, Rosheen Sohail, explores that in her article. Keep scrolling to read why the negative portrayal of women needs to stop:

More often than not, society underplays the importance of sisterhood and having friends who have your back no matter what.  Often I have heard that if one of your friends succeeds, it’s likely to hurt more than if a stranger succeeds. As soon as I hear this, I cringe inwards. I have never felt envious if one of my girlfriends becomes successful. I have friends who are beautiful and kind and extremely smart, but I am proud.  I see them rallying with me whenever I need, and giving me strength when I fall short. They have always been there to tell me that I am enough when I stop believing in myself.

Society however, feeds us a different idea. We are supposed to not be supportive. We are supposed to be jealous and envious of each other’s successes. We are supposed to not clap in the sidelines when one of us goes up on stage and takes the prize. The idea of us being constantly in competition with each other is what is shoved down our throats. Two girls cannot be friends. You’ll have catfights if you put two girls together. She is the prettier one, you have to watch out for yourself. She is better at her work than you, she will definitely take your job. Keep an eye on your man, look how she smiles at him. We are either at war with each other because of our looks, our careers or because we want the other person’s man.

More often than not we see this idea being reinforced through the media and the Pakistani drama serials. Women are constantly seen to be in competition with each other. A winning story only starts with putting two women at loggerheads with each other over power or more commonly, a man. The fact that women have more to them then fighting over such things is completely lost on the people who come up with these stories.

Pakistani serials portray women as either white or black with absolute no complexity or layers. The envy of a wife when she sees her husband forgetting their wedding anniversary, as compared to her brother in law spoiling his wife rotten on any given day makes her the antagonist who only wants bad for her sister in law. A sister who clearly suffers from some kind of mental illness becomes the enemy that the brother and his wife have to win against. The female protagonists of our serials seem to always have strong moral values and are angelic. In comparison to them, the not so perfect women are portrayed in a bad light. Even though in reality, not everyone can be perfect all the time, but that doesn’t mean they aren’t good. We all make mistakes and struggle from time to time, but Pakistani serials rarely portray that.

What these serials fail to capture is the rawness of emotion any woman would feel when she is put in such situations. The sainthood of these other women clearly depicts what a woman should be; the standards have been set.  No one is shown helping these women through these so-called weaknesses. They struggle and they fail and the moral of the story is achieved. If a woman is anything short of an angel another woman would come and take her place.

A woman’s greatest supporters are women. They help us grow. They help us to be better humans and become the best versions of ourselves. Life is better and more radiant with girlfriends around. These drama serials fail time and time again to build on that narrative. They fail to show how important sisters and friends are. They keep reinforcing this age old narrative that women are only there to take other women down. But it’s high time the media starts to show the love women have for each other, the support they show each other and the strength that they instil in each other. We preach women empowerment and building each other all the time, so why can’t our drama serials show that? 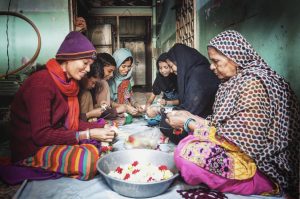 Quiz: How Much Do You Know About Pakistani Women? 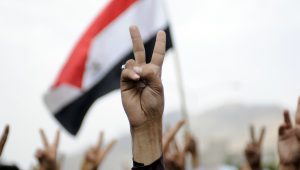 Yemen – The Humanitarian Crisis Explained And How You Can Help 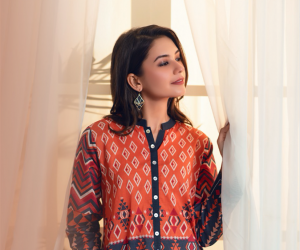