As a wise fictional character once said: winter is coming. Naturally, that means winter days off — exams are ending, work is wrapping up, and the holidays are here. For some people the perfect winter break is staying in and enjoying the privilege of having an empty schedule. For other people, the best part about time off is being able to travel and leave the monotony of your day to day. Trying to figure out where to go? Maliha Abidi of heradventureswithhim is enviously well travelled — here are her top picks!

TAG YOUR TRAVEL BUDDY and Comment you perfect trip. 😍 Constant Travel Dreams and where to next? ✨😋☀️ My perfect trip would be a month long trip around Europe, South America or Asia. ✨😍 Constantly discovering cultures, eating like crazy, enough energy to walk the entire day, doing a few work shops around the major cities and endless memories. Oh and PHOTOGRAPHY 😋✨☕️🚲 I would also like to go to just Morocco for 2 weeks. Travel from Fes to Chefchaouen to Marrakesh 😍 Cannot wait to hear yours.

A post shared by Travel Couple|Maliha+Askari 🇬🇧 (@heradventureswithhim) on May 16, 2018 at 7:25am PDT

Picture this: gorgeous bridges everywhere like the famed Rialto bridge, and you sighing as you watch an Italian sunset from the perfect vantage point. You’ll find walking and catching boats are the main form of transportation — even ambulances function as boats! — But hopefully you won’t have any need for those on vacation. Rich in history and gorgeous in architecture, The Serene (Venice’s  nickname) is the ideal spot for winter. During my second visit to Venice, I woke up at 5am to see the sun rise over the grand canal and the empty alleyways, and it was as if I had the whole city to myself. I really felt an incredible connection to the city. Winter is a quieter time to visit this bustling tourist city, and the hotels are cheaper during these months. You wont find any crazy lines at St Marks square, which alone should be enough for you to book your vacation now!

Sunrise to Sunset in Venice! ✨ As the golden light hits Venice. ☀ Read the blog LINK IN THE BIO! Details of our travel around Venice, a few tips and, a trip to Burano Island. #MuslimCoupleTravels #Italia #venice #Burano

Tip: A 40-minute ferry ride away is the colourful island of Burano! A leisurely walk in Burano is like finding yourself in a far away fantasy land. It’s just that colourful.

COMMENT A YELLOW OR BLUE EMOJI! ✨😍 Colors of Burano had our heart. We cannot wait to return to this crazy, colorful Island. It is so easy to get to Burano from Venice and we were able to do so in one afternoon. It feels like a game of catching colors 😍💛💙 We can’t wait to return ❤️🌎

A post shared by Travel Couple|Maliha+Askari 🇬🇧 (@heradventureswithhim) on Feb 1, 2018 at 6:43am PST

Christmas Markets, ice skating rinks, and twinkling winter lights everywhere: if you’ll excuse the pun, London makes a lit choice for winter break. London is one of those cities that has something for anyone and everyone. It is one of the easiest cities to get around with underground stations all around, but you won’t regret walking through central either. Sure, it’s cold, but the chill suits London in a way you’ll only understand once you’ve visited it during the winter months. London is a popular city though, so if you aren’t too fond of crowds, skip a trip during the Christmas season and visit in January instead. Either way, London is an unforgettable experience.

✨✨✨😍 TAG someone you wanna go Ice Skating with. 😍✨✨✨ What a fun day at @natural_history_museum ice rink! ⛸ ✨ With Ice rinks all over london, we chose this one because, I mean, look at that view of the Natural History Museum! Such a Winter Bucket List activity! ✨❄️😍

✨TAG A CITY LIGHTS LOVER✨ London Eye 💖 It holds a special place in our hearts for many reason. ❤️ this perfect view of the blue lights like ❄️ snowflakes and the London Eye in the back is simply breathtaking and is a must capture when they are up 😍 Sometimes you gotta visit the most tourist spots even if you live in the city itself. Play Tourist? It is a great place to hangout by the Thames with beautiful display of Lights Btw, have you seen our stories from London? Check them out NOW! And also go to Highlights and see the rest of the stories from previous times ✨😌 ✨#LondonEye #thisislondon

A post shared by Travel Couple|Maliha+Askari 🇬🇧 (@heradventureswithhim) on Mar 11, 2018 at 6:46am PDT

This island in the Mediterranean Sea is the perfect tropical escape to warm you up this winter. Malta consists of clear blue waters — some of the cleanest in the Mediterranean; perfect for swimmers, snorkelers and divers. Its 7000 years of history is the most unique draw though. The density of historic sites is greater than any other country. Centrally located accommodation can be as low as £40 a night, and even better is the delicious but budget friendly Mediterranean cuisine. Malta is one of my favourites for being a super affordable island. 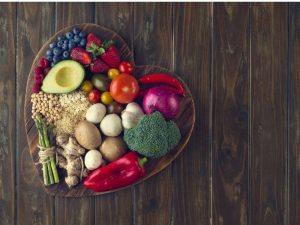 Your Guide To Having A Healthier Diet 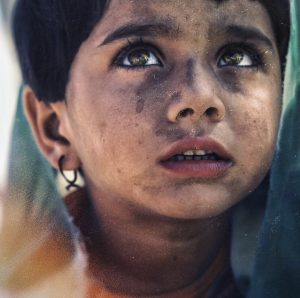 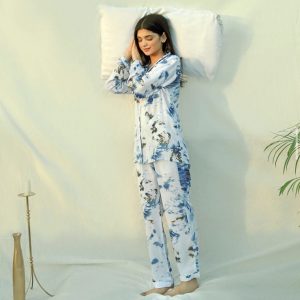 6 Night Suits That Will Have You Sleeping (And Looking!) Your Best