A Much Needed Conversation About Suicide

Understanding suicide is not easy. We want a simple answer to it but unfortunately, it is much more complicated than that – and it’s okay to accept that it’s something you may not be able to understand. But that doesn’t mean that we can’t or shouldn’t talk about it. Even though it is an uncomfortable conversation, it’s one that could quite literally save lives.

According to WHO, around 800,000 people die because of suicide each year. It is also the 2nd leading cause of death in the 15-29-year-old age group worldwide. However, these numbers are likely an underrepresentation given that suicides are underreported across the world, especially in countries where suicide is not only deeply stigmatised and shrouded in shame, but is also a criminal offence – countries like Pakistan.

“Very few people in my life know about what happened. And even with them, I don’t…we don’t talk about it. I’ve talked about other things with them, being depressed or therapy and stuff and they do support me but I can only recall once or twice that I’ve talked to a loved one about my attempt.” *

We often tend to think of suicide as some faraway thing, something that could never happen to us or someone we know. Reality paints a completely different picture. According to an online survey conducted by Dawn, which had over 5000 responses, 38% of people knew someone who had taken their life, 43% knew someone who had made an attempt and 45% said they had experienced suicidal ideations but never acted on them.

While the statistics lie in front of us clear as day, it’s not a concept that is easy for most of us to accept, largely because we refuse to talk about it. It’s a stigma that makes healing much harder for survivors and those grieving for loved ones – it is also one that contributes to rising suicide rates all across the world. Mental health professionals, as well the WHO, agree that erasing the discomfort around talking about mental illness and suicide is a key preventative measure. At risk individuals are more likely to seek help if they don’t feel pressured by the misconceptions attached to suicidal individuals.

“As much as I wanted to ask for help, I was more scared that my friends would think I was just trying to get attention or judge me for feeling the way I did. Even though I knew they were worried about me because honestly anyone could see I was depressed from miles away. I was barely sleeping, barely eating. Most days I wouldn’t even get out of bed. But they never knew I was considering taking my life. I never let anyone suspect it because I was scared of what they would think but I was also scared of hurting them.”

Why? Trying To Understand The Different Factors At Play

So, why do people do what they do? There’s no one right answer. For starters, there are several different factors that can put individuals at a higher risk of attempting suicide including mental disorders, history of trauma or abuse, impulsive tendencies, easy access to lethal means, recent loss of a job or a relationship and family history of suicide. Major life events can act as a catalyst in a person’s decision to take their life, however they are not the sole reason someone decides to commit suicide. In an IGTV discussion about suicide hosted by Deepika Padukone in the days after the news of Sushant Singh Rajput’s suicide broke, psychiatrist Dr Shyam Bhat aptly explains, “The implication….is that there must be some life event that understandably led to a situation where this person felt that life is not worth living, but that’s a very simplistic kind of perspective of suicide, and I want to remind people to think of suicide as the final fatal outcome of an illness and asking why did this person die from suicide is like asking why did this person die from a heart attack.”

When someone decides to take their life, it’s not always because they have run out of options; it’s because they are experiencing extreme emotional burnout. Mashion’s in house therapist, Shahrukh Shahbaz Malik explains, “People who have attempted suicide have reached a point where they feel like they can no longer cope with the pain that they’re feeling, and that they can no longer wait for things to get better. Suicide can be both an impulse decision, but sometimes they can be thoroughly planned out.”

It’s also very hard to override the negative intrusive thoughts – what psychologist Richard A. Heckler calls the “suicidal trance”. Many people wonder how someone can take their life when we’re all wired with a natural survival instinct, but for suicidal individuals, the negative thoughts are too loud. It’s like experiencing tunnel vision; the pain eclipses and overshadows everything else. It’s almost like a split second decision wherein that’s all you can think about and experts have seen that if you can delay an individual’s access to lethal means, they will likely break out of the “trance” and be less likely to successfully commit suicide.

“I didn’t have the energy to try anymore and I didn’t see the point in trying. I didn’t see any value in me staying alive. I already felt kind of comatose? Like a dead body walking.”

That does not mean that suicidal individuals don’t feel conflicted. Most people want to get better and they don’t want to hurt their loved ones and they do feel scared of death. It’s a long journey to reaching the point where none of those reservations hold you back. If anything, the fact that we allow hundreds of thousands of people to reach that state of hopelessness in the first place is a reflection of our own failure, not theirs.

What We As A Society Can Do:

Suicide is an urgent global public health crisis, which is likely to only worsen under the current circumstances. It is a complex and sensitive issue and there is still a lot we have yet to understand about it, but despite it all, suicide is preventable. Here are a few things we can do at an individual, communal or societal level to reduce the risk of suicide:

One of the great myths about suicide is that talking to someone about suicide will plant the idea in their head or make them more likely to commit suicide. Research has proven this wrong. It is far more dangerous to not talk to someone who is considering taking their life. Read the Suicide Awareness Voices of Education’s (SAVE) guideline on how to help someone who feels suicidal here.

This article only begins to scratch the surface of the nuances of suicide but it begs the question; can we ever really understand suicide? I’ll leave you with Shahrukh’s answer: “While some of us may not be able to relate to the feelings associated with the act, we can still make the effort to learn about it. There are always ways to learn more. Be curious, be open, be compassionate to those who are struggling. Read about or listen to those who have survived and have lived to tell their story. Read books and articles on the subject. Do what you can to learn more.”

*The quotes throughout this article are from an interview with a survivor of attempted suicide. Personal details have intentionally been kept vague and may have been changed in some areas to protect their identity. 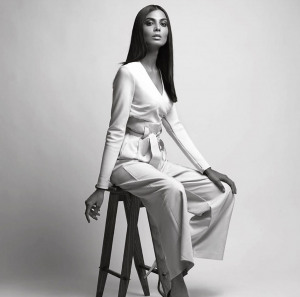 Invest In Yourself – Tips For Networking in Today’s Age 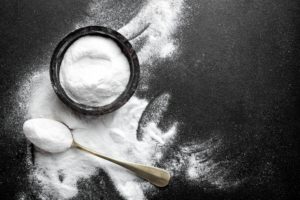 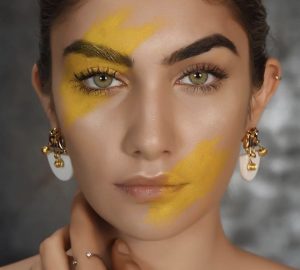 5 Products To Make Your Eyelashes Stand Out