8 Things We Need To Stop Shaming Women For

As women in Pakistan we’re, more often that, exposed to judgements by the world from day one. All our actions are scrutinised. What we wear, how we look, what we do — every minute of our lives becomes a matter of concern for everyone. We’re expected to follow a certain pattern of life or we’re labelled shameless or characterless. And this judgement doesn’t just come from men; sometimes it’s women bringing other women down. But maybe if we talk about this out in the open and call it out for what it is – unnecessary to say the least – things will change! Here are some things we need to stop shaming women for. Take notes, everyone!

Women have always been shamed for their looks, probably because they’re often held to some very unrealistic beauty standards. They’re judged on their weight, skin tone, height, scars and are always reminded of how they’re not perfect enough. This isn’t just a moral issue; it has proven to have a lasting effect on many women’s mental health as well. Being bullied on appearance is one of the leading causes of depression in women. It’s time we stop doing that.

Finding someone you want to spend the rest of your life with is great, but singlehood is equally great if that’s your choice! Marriage does not validate a woman’s worth. Whether a woman wants to get married or not, should only be her decision. And if a woman wants to stay single, we should support her and let her live her life the way she wants to!

Even though it’s 2019, we’re still struggling to destigmatize divorce. If a woman is divorced, it’s considered a breaking point in her life. In fact, they’re often blamed, called names and shamed for it. Their own families sometimes abandon them for bringing this ‘shame’ to the family. On the contrary, men are hardly ever judged, even if they get divorced multiple times. This is hypocrisy at its best and must change. If a woman is divorced, for whatever reason, just stay out of it. There’s no need to get involved. Let her be.

Society has conditioned us to believe that the sole purpose of a woman’s life is to get married and have kids. But, guess what? Not everybody wants that! Sure, motherhood is special, but there’s nothing wrong in not wanting to have kids. It doesn’t make anyone less of a woman. Just like marriage, motherhood is also a choice and shouldn’t be imposed on anyone. Again, just let her live her life the way she wants to!

5. Choosing Career Over Anything

Building a career is as important for women as it is for men. While we always encourage men to reach the highest positions, we bash women for doing the same. Women today are running households, supporting their families and are huge contributors to the economy, yet we expect them to give it all up and bow down to societal norms? That makes no sense! If a woman chooses to prioritise her career, or even if she chooses the opposite, the choice is solely hers!

We’ve been advocating this forever — menstruation is not a taboo! It is not a topic that should just be reserved for closed doors. Women who dare to talk about pressing issues, such as menstrual health or period poverty, on a public level are humiliated and discouraged. There has been some improvement, but there’s still a long way to go. It’s a natural phenomenon, so why should we hide it? Not anymore!

Women are ingrained with the thought of taking care of others before themselves, especially after marriage. They’re expected to be selfless in all circumstances and people are quick to judge if they choose not to do that. If a woman indulges in self-care and lives life on her own terms, she is blatantly labelled as selfish. This needs to stop and we should be more accepting of women doing their own thing.

As strange as it may sound, a large number of people, especially in our part of the world, still criticise women for doing something as simple as travelling on their own.!Why they do this is beyond our understanding, but what we do know is that if men can travel the world alone, so can women! 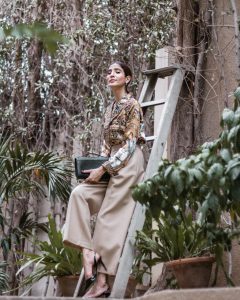 How To Wear One Kurta Three Ways With Manahyl 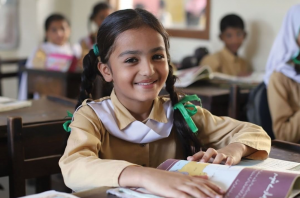 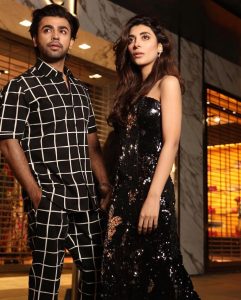